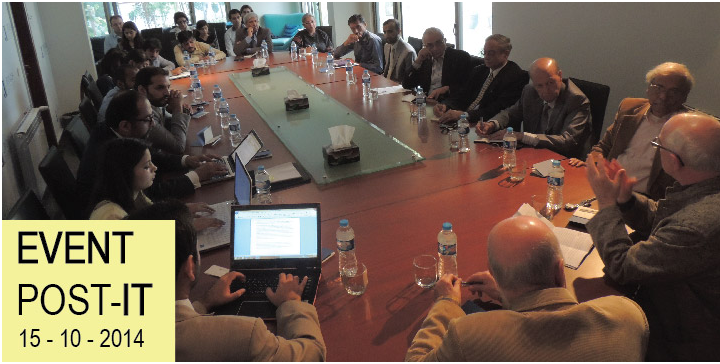 The Changing Politics of the Arab World and Implications for Pakistan

ISLAMABAD: Proxy wars being waged in Syria and Yemen have obfuscated geostrategic clarity over the recent past, and have resulted in shifting alliances between regional powers. In light of this issue, the Jinnah Institute organized a roundtable in Islamabad on Wednesday, titled ‘The Changing Politics of the Middle East and Implications for Pakistan’. The event which was attended by policy experts, former diplomats, civil society activists and senior journalists discussed the emergence of the terrorist organization, IS and its role in the politics of the Middle East.

The two hour discussion was led by guest speaker Dr. Franck Mermier, Director of the Political Anthropology Laboratory at the French National Center for Scientific Research (CNRS). Dr. Mermier explained changes in Arab societies as a multi-tiered phenomenon, with regional marginalization of communities playing a significant role in the erosion of autocratic state apparatus.

Elaborating on the emerging phenomenon of IS, Dr. Mermier explained how it had attracted significant support from militant outfits across the world, including Pakistan, where factions of the TTP have declared allegiance to its leader, Abu Bakar al-Baghdadi. Sectarian fault lines have emerged stronger and the political system holding sway through the Arab world has given way, he said. Dr. Mermier also discussed the war economy at work in Iraq, which allows IS to compensate its fighting force monetarily far more than other militant groups; one reason why there have been significant defections within the Middle East. He argued that the IS phenomenon draws in greater part from Sunni marginalization in Iraq, which occurred during the Maliki government. He also explained that IS made alliances with tribes sympathetic to Al-Qaeda and found recruits from the Ba’athist party cadres.

Also speaking at the event, author and columnist ZahidHussain stated that the wars waged by America in the region have had an immeasurable impact on political sentiment throughout the Arab world. In Iraq the much acclaimed Sunni Uprising of yesteryears which thwarted Al-Qaeda’s insurgency, now provides support to IS. The Arab Spring initially assisted the cause of Islamist parties, but there have been reversals to this in Egypt and elsewhere, which makes it unclear how political Islam will be allowed to proceed in Arab countries. He also pointed to the emerging competition between IS and Al-Qaeda for militant space, where the latter suffers from an unclear agenda. Hussain argued that the association of foreign fighters in large numbers with IS had made it the first International Jihad. IS has not only won territory, but has articulated an aggressive global vision, which has appeal for militant factions in Pakistan.
Former ambassador Ashraf J. Qazi observed that the rise of IS will not contribute to welfare within Arab societies, given its tendency to “pronounce anathema by takfir” over communities. However, he pointed out that such militant organizations are viewed as anti-imperialist and institutions that stand up to Western hegemony. There is no corrective measure in foreign policy postures on the part of Western powers, or attempt at introspection. He emphasized that in the absence of good governance, deradicalization of the Middle East will not be possible and extremist responses will continue to emerge from the Muslim world.

Participants recognized the threat transnational alliances pose to the Arab world. They also discussed the future of the IS and the changing political discourse. In conclusion, participants agreed that the strengthening of IS is likely to have consequences beyond the confines of the Middle East, and will shape, in large part, the future of the Muslim world.