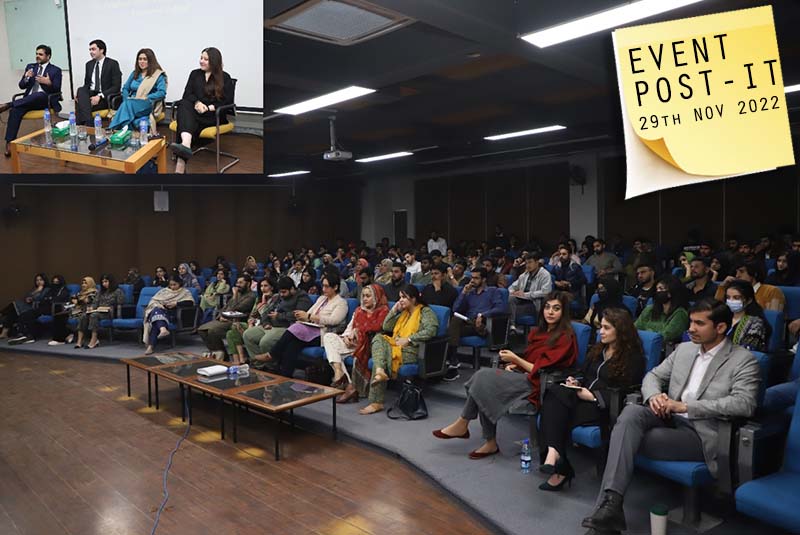 The Polarised State: Can Social Media Help a Fractured Polity?

Has the media been a progressive force for overcoming political faultlines? Was it ever really set up to broker an understanding between state and society? With political polarisation emerging as the top challenge for the next decade, can the media be expected to emerge as an arbiter for competing political interests? These questions were brought up at Jinnah Institute’s University Town Hall titled ‘The Polarised State: Can Social Media Help a Fractured Polity?’ held in collaboration with University of Lahore, where Salman Zaidi, Director Jinnah Institute (JI), sat down with a panel of prominent experts and moderated questions from students.

Barrister Asad Rahim Khan observed that partisan reporting by mainstream media has led large cohorts of viewers to migrate to platforms like Twitter to learn about current affairs. The role of social media is now central to navigating the future of politics in Pakistan. With near universal access to social media, the public can exercise greater choice over news or analyses they find credible. This can rightly be seen as the ‘democratising’ quality of social media, but also serves to polarise public sentiment, whereby large groups of citizens subscribe to an information source more aligned to their political preference. This brings about willful gullibility on the part of social media users that political actors have fully exploited in Pakistan, and further divided online spaces for their gain.

Journalist and television anchor Tanzila Mazhar agreed that devoid of two-way communication, mainstream media is no longer a preferred source of news consumption. Instead, interactive news sharing over social media, where the public is a stakeholder, fosters greater trust and reliance on these platforms. The visible divide observed on Twitter is a mere projection of the stark social realities surfacing in Pakistan, particularly people’s need to express themselves freely, which is offered by these platforms. The fractured polity of our country is not due to social media; instead, that has been nurtured for decades through systemic inequality, oppression and forced intellectual subservience; social media has simply offered an outlet for this divide. That aside, there is no denying that the anonymous and informal nature of online interactions has also given way to abusive and toxic use of social media under the pretext of individual expression.

Senior editor Zebunnisa Burki highlighted that the global expansion of social media has surely paved the way for political polarisation, but the reach of social media has also brought attention to civil rights movements that would have otherwise remained dormant or been silenced. This is a window of opportunity towards building a more politically cohesive society. The fissures in Pakistan’s socio-political landscape stem from decades of political indoctrination that privileged certain aspects of the state, at the expense of common citizens. These indoctrinated attitudes are best reflected by ‘5th generation warriors’ on Twitter, who attack women for raising questions or introducing progressive viewpoints. As a consequence, tolerance to accommodate opposing perspectives has dwindled, and echo chambers that reinforce the political disconnect are thriving. One solution to this problem is sustained and constructive engagement on social media between different political classes and cohorts.

An interactive questions and answers session followed the panel discussion. UoL students questioned the extent of freedom of expression available to youth over social media, and expressed concern that large cohorts remain constrained by social, cultural, and political barriers. They also pointed out the hegemony of those in power and the consequences of calling them out on social media; examples were shared where individuals had gone missing or threatened in the event of sharing views on recent political events. Students felt that the impact of fake news is pervasive, and it is becoming increasingly difficult to glean Pakistan’s political reality from the propaganda shared everyday, often to prop up political actors and institutions, or to debase them. Students also pointed out that excessive social control is fairly common in the attitudes of Pakistan’s ‘elders’, who are most susceptible to propaganda or indoctrination themselves.