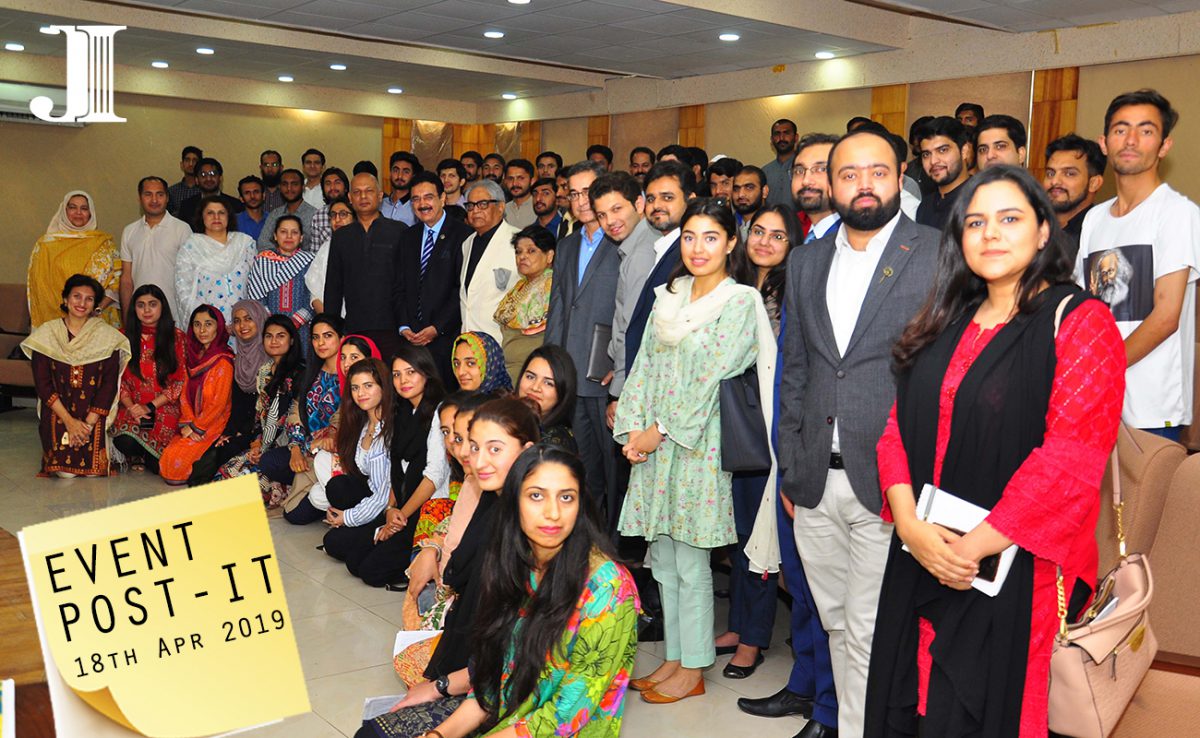 How do Art & Culture Shape Identity?

Art and identity are in constant conversation and one shapes the other, stated renowned poets KishwarNaheed and Iftikhar Arif while speaking at Jinnah Institute’s University Townhall at Quaid-e-Azam University, moderated by Harris Khalique. Iftikhar Arif highlighted the subcontinent’s monumental literary heritage, recounted movements that had a profound impact on literary forms and political ideology in India and Pakistan. The Progressive Writers’ Movement allowed writers to become effective social critics, and created space for public discourse that had never previously taken place in the public mainstream. The works of Manto and QurratulainHyder symbolized a new corpus of literature that was socially conscious, progressive and humanitarian. “Art allows its consumers to view the world as it is, not as it is propagated to be. It influences people’s introspection of themselves and the society they are a part of, ”Arif stated.

KishwarNaheed, who is best known for her powerful feminist poetry and decades’ long activism, stated that art can speak truth to power more truthfully than other political devices. Art that breaks through the binds of socio-political and cultural straitjackets is often decried as immoral or anti-traditional, but only through its wide consumption can social critique be accepted. She gave examples of television serials that were aired on PTV during military dictatorships which carried powerful messaging for social change and critiqued state policy. KishwarNaheed underscored that popularity is never a good measure for assessing art because popular preferences keep changing. For all the popular literature, film and music produced in Pakistan, only that art has stood the test of time which effectively reflected the human condition, she said.

Both panelists agreed that identity comes at the core of individuals’ interaction with art forms; all notions of inquiry, acceptance, rationality and understanding are cultural products that individuals pick and choose from in open societies. They also agreed that literature in regional languages needs greater support, as it not only explains the world in a language more intimate to its readers, but also speaks of cultural specificities that are either silent or invisible in mainstream art and literature. The panel discussion was followed by an interactive question and answer session with students who shared their experiences of reading literature and its effect on their understanding of themselves and their society.