High Stakes in Afghanistan: Pakistan’s fears amid violence across the Durand Line

Is Pakistan prepared to deal with another wave of militancy and terror? With news of splinter militant groups coalescing to lend support to the Taliban next door in Afghanistan, how will Pakistan control violence internally? We ask security experts whether the TTP threat is a real one, as fighting intensifies across the border with no sign of a peace settlement soon. 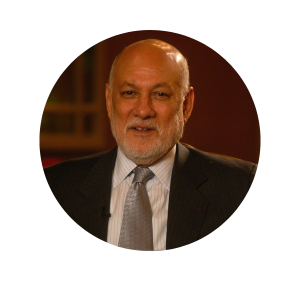 Intra-Afghan dialogue is not making any progress and a negotiated settlement remains elusive. Meanwhile, the international community and immediate neighbours of Afghanistan have reason to be concerned over the deteriorating security situation in the country. The Taliban are capturing more territory by the day and control all entry points to neighbouring countries where they have started expropriating tax from cross-border traders. Militant groups and affiliates across the Durand Line are attentive to the Taliban’s success in Afghanistan. The TTP may soon claim to be the harbingers of a Talibanesque Sharia government in Pakistan, and find willing sympathisers among radicalised pockets. Another cause for worry is the presence of terrorist groups like Daesh and Al-Qaeda who may want to wrest control of the erstwhile tribal areas with assistance from TTP affiliates.

This raises two critical questions: Will the Afghan Taliban help the TTP? How should Pakistan tackle the TTP menace?

The Taliban’s last stint in power in the 1990s had a strictly internal agenda; they made efforts to assure neighbours that they posed no threat. Twenty years in the cold should have taught them not indulge in any foolish adventure across borders. As for Pakistan, the TTP gained traction last time because of the government’s lack of political will, and military action had to be taken when things got out of hand, forcing the TTP to flee across the border. The government should take every measure to prevent a repeat of last time. Fortunately, the military is well placed in FATA and is vigilant about cross-border threats.

At the same time, some measure of political sensitivity is critically important to alleviate the grievances of ex-FATA citizens. FATA may have been merged with KP but its social culture has not, and interacting with tribal elders will help identify and address political issues. Coercive measures and traditional heavy handedness must be brought to an end. The same holds true for Balochistan. The situation in Afghanistan is reason for worry, and underscores that we put our own house in order.

Pakistan and Afghanistan enjoy a symbiotic relationship that President Karzai often termed “conjoined twins” despite irritants. The true meaning of Mr Karzai’s remark is evident when one looks at the problems the ‘twins’ face; they have to tolerate each other all the time as separating them could become life-threatening. The fast-deteriorating situation in Afghanistan should be a cause for concern for Pakistan.

The worst-case scenario would be Tehrik-e-Taliban Pakistan (TTP)’s resurgence, currently operating from the Afghan sanctuaries, mainly in areas under the Afghan Taliban control. This calls into question the argument that the Taliban are Pakistan’s puppet. As a matter of fact, both Afghan and Pakistani Taliban are like cousins on good terms, and both complement each other at tactical and strategic levels. In case of violence spilling over to Pakistan, the TTP and its partners will push for influence and power in Pakistan.

The state machinery in Pakistan will have to gear up for emerging threats from the obscurantist forces who have been challenging the state’s writ in the recent past. The APS Peshawar tragedy of December 2014 should serve as a permanent reminder of what the TTP and their allies stand for. The state will have to stand firm and preempt the forces vying for theocracy at the cost of threatening the country’s way of life and security.

With the Taliban gaining military dominance in Afghanistan and especially in the areas close to Pakistan’s eastern border, Tehrik-Taliban Pakistan (TTP) has been lying low and is organising itself to carry out attacks in Pakistan. They are likely to be supported by splinter groups; more lethal among them is the Islamic State (IS) and IS Khorasan. As a dominant group, IS has been joined by a number of Jihadi groups and sectarian political parties.

In the past, the TTP had seized control over large parts of North and South Waziristan and was engaged in terrorist attacks on practically all major cities. It was only after Pakistan Army launched Zarb-e-Azb in June 2014 that routed their command structure in the erstwhile FATA region and pushed them into Eastern Afghanistan to take refuge.

Operation Zarb-e-Azb was so successful that the TTP lost its ability to launch attacks in the tribal belt or any other part of the country. Once again, taking advantage of the prevailing chaos in Afghanistan, they are trying to make a comeback. As of now, the TTP is supposed have over 6000 strong in its ranks. With IS and IS Khorasan joining TTP, together they pose a serious security challenge although not as severe as in the past.

But the Pakistan Army is fully capable of countering these emerging threats. It has strengthened the border by fencing, increased the troop levels and replaced FC by regular forces. Equally important is that after the integration of FATA into KP, all the administrative and constitutional requirements need to be completed. The federal and provincial government need to pay close attention to these administrative measures and address the lingering demands and grievances of the people of tribal areas and bring them at par with the economic and political level of the province.

The danger of extremism and violence spreading in Pakistan, particularly in FATA and Balochistan due to chaotic conditions in Afghanistan is a very likely possibility. The federal and provincial governments—by ensuring better governance, improving the security network and using media effectively—should be able to counter these trends. 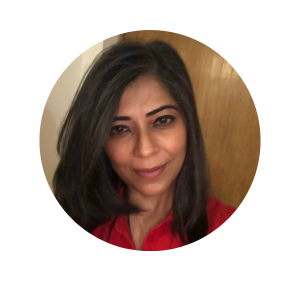 A quick online search for recent terrorist attacks in Pakistan leads to far too many stories with a recent dateline. From the attack on the Chinese engineers in Dasu to the one that took the life of an army captain in Pasni; these are sober reminders of how fragile our victory over militancy is. Indeed, these attacks seem to be increasing steadily—in an interview DG ISPR, Major General Iftikhar Babar said that 150 attacks had taken place since May this year.

For many, it is not a coincidence that the upswing in the attacks in Pakistan has come at the same time as the withdrawal of American troops from our Western neighbour. As the Afghan Taliban ratchet up the fighting and weigh the options between force and negotiation to reach Kabul, questions are being raised about the impact on our side of the Durand Line. Will the ascendancy of the Afghan Taliban strengthen the TTP? Are the Afghan Taliban and the TTP two sides of the same coin? Are their linkages the reason for the increased violence in Pakistan?

Worryingly, no one is willing to respond with a forceful no to these questions. However, this does not mean Pakistan is staring into a 2007 like situation. Over a decade long war has prepared our security forces; we no longer face the challenge of struggling to understand and then confront militancy. But this does not mean we can afford to be complacent. And the state also needs to be transparent about the resurgence in the attacks. What are the factors at play here, apart from the regional situation? Why are the reports and rumours of Taliban re-emerging in areas such as Waziristan not dying down? Is the TTP regrouping in Pakistan, and if so, why has this happened? The absence of information adds to the uncertainty and the sense of foreboding. 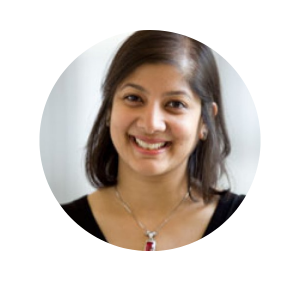 The warning signs are clear—the TTP is reconstituting and likely to present a significant resurgent threat in Pakistan over the coming years. Splinter groups based in ex-FATA are merging, intimidating local populations and resuming attacks within Pakistan. This resurgence is facilitated by the conducive environment for militant activity across the border in Afghanistan, where the Afghan Taliban are gaining strength and expanding territorial control. But it is also fuelled by the classic drivers of militancy that have remained unaddressed even as Pakistan has launched national counter-terrorism strategies since 2014: Poverty, under-development, political alienation, state clampdowns on alternative ethno-nationalist movements and continuing permissive attitudes towards religious extremist narratives. Pakistan must act promptly and decisively to prevent a return to the levels of domestic militant attacks experienced in the decade up to 2014.

Pakistan’s typical militarised approach to countering terrorism, i.e. targeted military operations against groups in border or other non-urban areas, will not be sufficient. The Afghan Taliban’s success will embolden violent extremist sentiment across the country, even among groups that have not previously fought alongside the TTP, as well as non-violent religious or extremist groups. Counter-extremist narratives, delivered through effective, multipronged communications strategies and inclusive democratic politics will be key to ensuring Pakistan does not fall victim to another wave of domestic militancy.