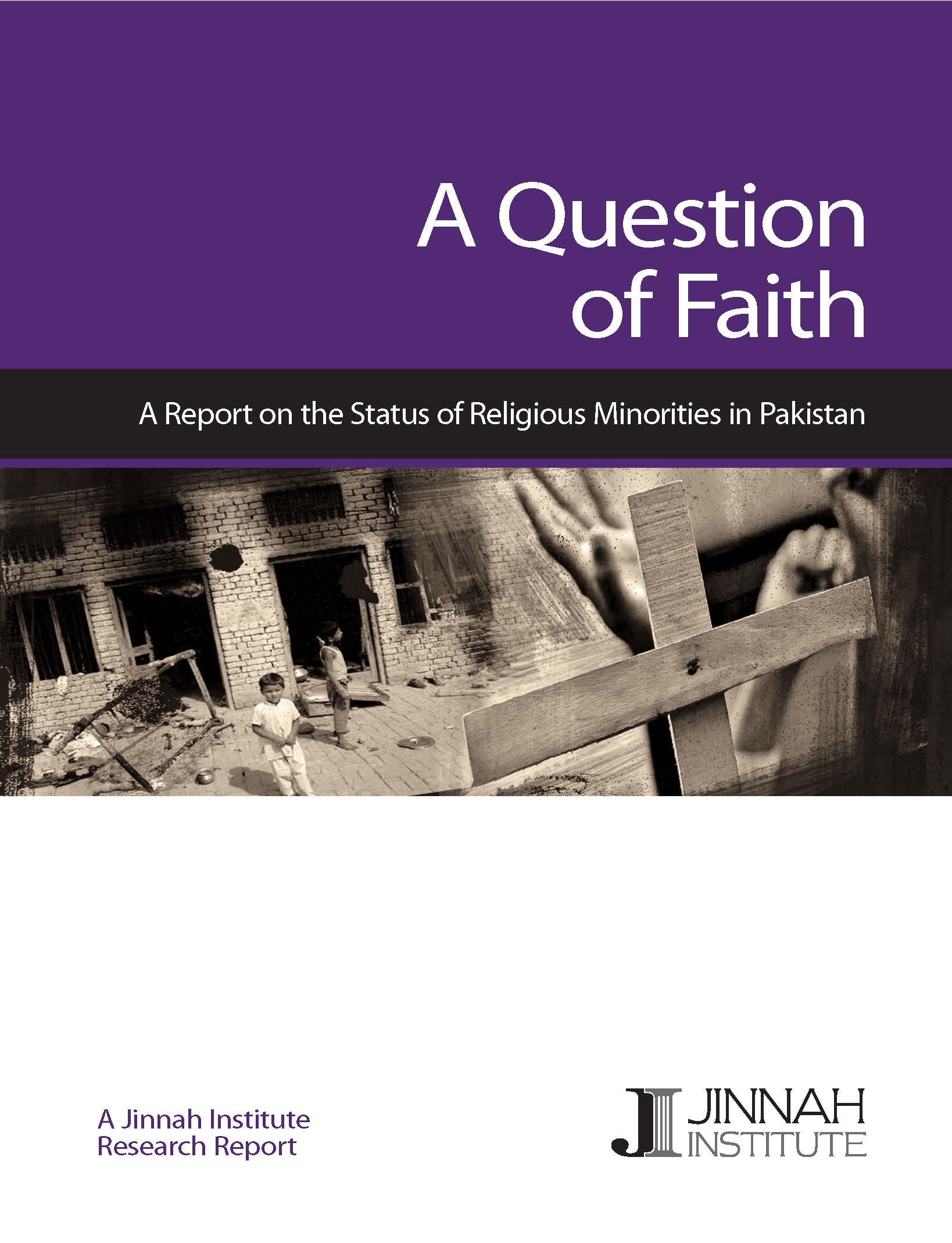 A Question of Faith: A Report on the Status of Religious Minorities in Pakistan

Why a report on the status of religious minorities?

As part of the Jinnah Institute’s Open Democracy initiative, “A Question of Faith’: A Report on the Status of Religious Minorities in Pakistan’ is a research-based analysis of the same. It documents the deterioration in the political, economic and social status of members of these communities in the context of the rising tide of vigilante violence and religious extremism in the country.

Two critical questions are addressed by the findings of this report. First, will Pakistan continue to discriminate against its citizens and turn a blind eye to the spread of cultures of cruelty and vigilantism? Second, will the majority of Pakistanis continue to condone and collude in the discrimination and persecution of minorities? These questions have become particularly relevant over the past year which saw violent attacks against the Christian and Ahmadi communities; extremist protests against amendments to the controversial blasphemy laws; and a rise in the number of cases of blasphemy brought against members of minority communities.

The brutal assassinations of two staunch advocates of minority rights Salman Tasseer, Governor of the Punjab and Shahbaz Bhatti, Federal Minister for Minorities highlight the fact that urgent action is needed, and the recommendations of this report (pp. 7-10) need to be addressed.

The case studies set out in the report have been carefully selected from 125 interviews with members of some of Pakistan’s religious minority communities by the research team. They serve to provide examples of: Mob violence against members of religious minorities, attacks on places of worship, problems faced by minorities in employment, problems faced by minorities in education, abductions and forced conversions of minority women.

While the situation is challenging, the report also recognizes positive initiatives from within civil society to challenge extremism. These are laid out in a section on local voices against discrimination and oppression.

In producing this work, the Jinnah Institutes supports a transition from Pakistan’s institutionalized “two-tiered”, citizenship (i.e. Muslim and non-Muslim), in to one that ensures equality of all citizens and the plurality that was envisioned by Mohammad Ali Jinnah.