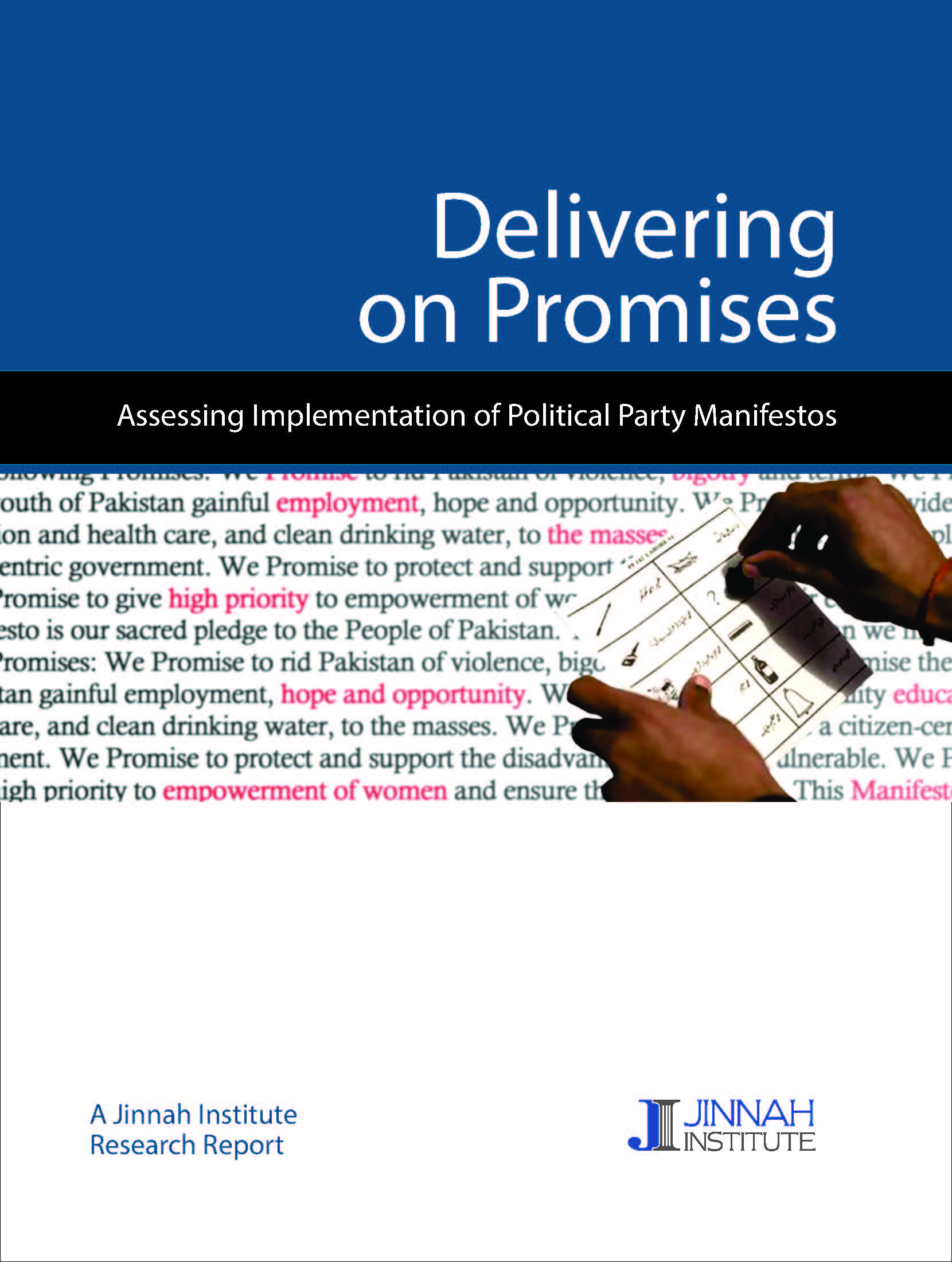 Party manifestos are central to a competitive electoral process as well as the larger civic engagement process. This report will therefore aim to chart a broader view of the implementation of these documents. It would be vital to consider the context within which democracy was revived five years ago. A former military chief was still the president and democratic institutions were grappling with the legacy of nearly a decade of autocratic rule. Much of the democratic experience since has focused on correcting structural problems and fine-tuning the rules of the game for democratic functioning.

Understandably, and true to the South Asian political tradition, manifestos employ political rhetoric as well as sloganeering to attract voters. Consequently, the full implementation of manifestos becomes a tall order. There is much to be done within the political parties in terms of their policy processes and how they track the implementation of their manifestos. The purpose of this report is not to evaluate the “˜performance’ of the political parties but to highlight the way manifestos inform popular politics and how far they are implemented in a structured manner.

This report examines all the manifestos but focuses on a few areas that roughly correspond to popular concerns: education, unemployment, energy, minority and women’s rights, counterterrorism and youth affairs. The findings of this study show that much headway was made by all political parties in vital areas such as education, constitutional reform, legislation concerning women and minorities. On counterterrorism and the youth – two important spheres of contemporary Pakistan – the manifestos’ implementation was, at best, tenuous. However, the reasons for partial implementation are complex, manifold and beyond the scope of this study.