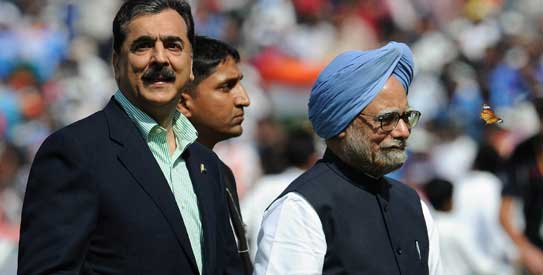 The resumption of dialogue between India and Pakistan in 2011 has revived the hope that the two countries would make a renewed effort to resolve their bilateral problems.

The dialogue on the contentious issues is a challenging task for the leaders of India and Pakistan because of the legacy of troubled relations. They began to view each other as an adversary in the immediate aftermath of independence because they represented two competing nationalisms. Later developments reinforced the initial disposition due to divergent security and foreign policy perspectives, periodic propaganda against each other, military confrontation and wars and mutual distrust. However, there were periods when their relations could be described as cordial and they encouraged greater societal interaction.

This means that Indians and Pakistanis are not born with negative disposition or hostility towards each other. These attitudes have been cultivated by a number of factors and reinforced by negative historical experience. Both sides have individuals and organizations that have made their political and professional careers by propagating and sustaining negative disposition against each other.

These cultivated attitudes can be modified and even removed altogether by a conscious effort by both countries. This calls for reformulation of the orientations of the people by creating a new positive narrative of India-Pakistan relations through greater societal interaction that will have to be supplemented with problem solving between the two countries. The governments and people should learn through experience that cooperative interaction is mutually beneficial. Such an experience will create strong lobbies of peace and cordiality.