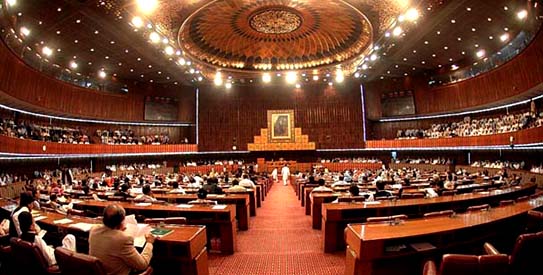 Performance and Prospects of Democracy in Pakistan: Political Scenarios Affecting the Elections 2013

It is for the first time in Pakistan’s history that an elected government is completing its term (2008-2013). The Pakistan Peoples Party-led coalition was jolted on several occasions, but it managed to survive. While the completion of its term is an achievement, the performance of the democratically-elected government – federal, provincial and local – does not inspire much confidence. Poor governance, persistent adversarial relations between the executive and the judiciary, allegations of corruption and the inability of the political leadership to build consensus to combat terrorism continue to cast aspersions on the democratic process and civilian regime’s capability to sustain democracy.

The thrust of this paper is conceptual and theoretical rather than empirical. Broadly, it aims to draw attention to three issues. First, what are the challenges in reconciling the security imperatives of the state, and the democratic aspirations projected by the political parties? Second, elections are important procedural components of democratic aspirations in a society. In Pakistan, these are severely conscribed by the military-hegemonic system. While holding elections, adequate attention must be paid to strengthening the substantive components of democracy – rule of law, respect and tolerance of dissent and minority rights, religious and cultural pluralism and freedom of association. These remain missing links in the discourse on electoral process in Pakistan. Third, under the PPP-led coalition government, there has been a qualitative change in civil-military relations. The indications are that nuanced power-sharing mechanisms between the civilian and military sides are evolving. Is this a tactical shift or the emergence of a new partnership that guarantees sustained support for the electoral process and representative government?