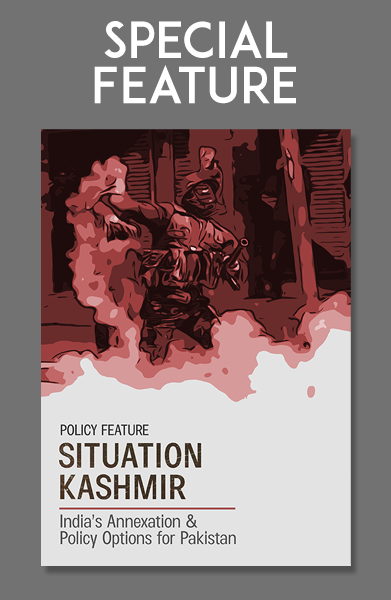 On August 5, 2019, the second BJP led government of Narendra Modi annexed Jammu and Kashmir by abrogating Article 370 and bifurcating the state into two separate Union Territories. This illegal annexation was preceded by one of the largest crackdowns in the history of Jammu and Kashmir. For over a week before Article 370 was revoked, India’s Home Minister Amit Shah, worked surreptitiously to ferry nearly 180,000 fresh troops into Kashmir. Hundreds of Kashmiri politicians from the Hurriyat and other political parties, including former Chief Ministers were arbitrarily placed under house arrest and later shifted to jails. Internet services, mobile networks, land lines, cable television were closed down and a curfew imposed across Jammu and Kashmir.

Now in its second week, the crackdown and curfew continue in Kashmir amid gross violations of human rights. Young women and men have been fired at for holding protests, pellet guns have blinded several hundred people, soldiers remain posted outside homes and along all major streets, mosques have been closed and Eid celebrations marred by a ban on large congregations.

Pakistan has taken a grim view of developments in Kashmir. Prime Minister Imran Khan, opposition parties and the military have unanimously rejected India’s unilateral actions. As the lockdown in Indian Occupied Kashmir continues, Pakistan’s government has taken a number of actions to highlight the disputed nature of the region and the threat to peace and security posed by India’s illegal annexation and continued human rights violations.

This Policy Feature by the Jinnah Institute examines recent developments in Kashmir and provides a list of political and diplomatic policy options for Pakistan in the coming weeks.