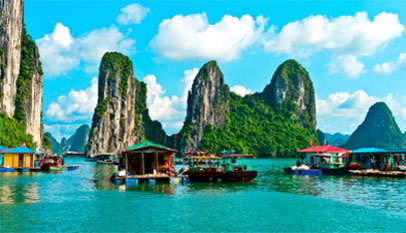 Not much can be achieved in the six weeks remaining for the caretaker government, but the interim period can be used to take steps that would ease Pakistan’s entry into an inevitable IMF programme, to be finalised by the post-election Government.

For the past few years, economic growth rates of over 5% have resulted in a burgeoning trade deficit that has triggered a decline in foreign exchange reserves and a devalued Rupee. Historic underinvestment in productive assets has meant that rises in income have not been supported by increased availability of domestic goods. As a result, high demand has spilled into unsustainably high imports.

Pakistan has regularly been bailed out of such impasses by developments largely extraneous to the domestic economy, i.e. a combination of IMF packages, bilateral assistance by ‘friendly’ governments, and overseas remittances – that have grown threefold in the last decade. These ‘Deus ex machina” interventions have postponed overdue and necessary restructuring of our economic management policies – a goal that has remained elusive.

Once again, recourse to an IMF programme is inevitable. Waiting for a new Government to be formed, in the course of August, would postpone the first IMF drawdowns to late November. Given the insufficiency of our foreign exchange reserves, it is necessary that IMF fund flow be escalated by a couple of months.

The Caretaker is not empowered to agree to terms with the IMF. But some actions the IMF may want to see as conditions precedent to discussions on a new facility may be surmised. These will likely include, a reduction of circular debt, release of overdue tax refunds, passing through full increase in oil prices to consumers and raising taxes on gas. Simultaneously, on the monetary front, increasing interest rates and letting the open market drive the exchange rate would also be among expected measures under a new stabilisation programme.

If a corrective agenda is partly underway before an incoming government begins negotiations with the IMF, the time to reach agreement on a programme would be shortened. Separately, action would also please short-term commercial lenders. This would be essential if Pakistan will need to borrow in the interim to preserve foreign exchange reserves.

Pakistan’s deteriorating external account position and fast-depleting foreign exchange reserves will be the most immediate and foremost challenge facing the next government after the July national elections. The magnitude of the external financing requirement has put pressure on the country’s forex reserves, which have declined by nearly US$ 9 billion, or almost 50 per cent, since their near-term peak in October 2016.  How did we get here?

A set of mis-guided and ill-conceived policies of the PML-N government of over-taxing industry and the export sector, withholding genuine refunds to shore up revenue collection figures, and keeping the nominal exchange rate stable in the face of competitive pressures have been responsible.

The new government will have no choice but to implement economic stabilisation policies from the get-go, increasing interest rates, tightening liquidity in the banking system, allowing greater exchange rate flexibility. Unfortunately, all these stabilisation measures are anti-growth by definition, but the country will have to sacrifice short-run growth for medium term economic stability.

These measures will not be enough, however. Pakistan will need to turn to the IMF for liquidity support. In addition, the country will need to address the deep, unaddressed structural issues that plague its external account. Merchandise exports are only 6 per cent of GDP – the lowest among its peers – while soaring energy imports and repayment of CPEC liabilities loom on the horizon. Support to the export sector, mainly by unwinding all the predatory taxation measures instituted by the previous government, will need to be complemented by improving the country’s overall international competitiveness. Shelving surplus unneeded power projects under CPEC for a few years and renegotiating the FTA with China for better terms should also be agenda points for longer term stability of the external account. A weak coalition government – or protracted political wrangling post-elections – will only delay addressing these challenges and complicate policymaking.

Pakistan appears to be in the midst of an economic crisis as the Rupee seems to be in free fall with foreign exchange reserves depleting in the backdrop of a high and unsustainable current account deficit.

This is perhaps a logical outcome of a bad policy. Maintaining an over-valued exchange rate and defending it through the use of foreign exchange reserves has resulted in the current impasse. The out-going PML-N government pursued this policy for the better part of their four year term under Finance Minister Ishaq Dar. This was all the more tragic since the Musharraf regime made the country pay a heavy price for the same flawed policy less than a decade ago.

An over-valued exchange rate is bad policy simply because it incentivises imports, discourages exports and ultimately depletes reserves as the trade deficit widens to a point that it leaves foreign exchange reserves in a vulnerable situation, putting the onerous burden of containing the current account deficit on remittances and portfolio inflows. This is a particularly dangerous policy in a country where the export base is narrow.

The current Caretaker Finance Minister thus inherited a difficult trade-off. She could either defend the currency and let the reserves deplete to an alarmingly low level or she could let the Rupee slide and defend the reserves. She chose to do the latter and sensibly so. However, the manner in which she has done it demonstrates a lack of nuanced understanding of Pakistani market behavior.

Economic agents in Pakistan (be it traders, bankers, forex dealers, exporters, industrialists, etc) have come to expect a fixed exchange rate or a discrete devaluation through a managed float and not the constant drip and drab in the value of the Rupee on a daily basis. This is creating uncertainty in the market and leading to panic amongst economic agents. What should be done is to devalue the Rupee to a fixed level, whatever is considered reasonable to defend the reserves, and then announce that there will be no further devaluation under the tenure of the caretakers. The new government will inevitably have to negotiate with the IMF and fix a new rate.