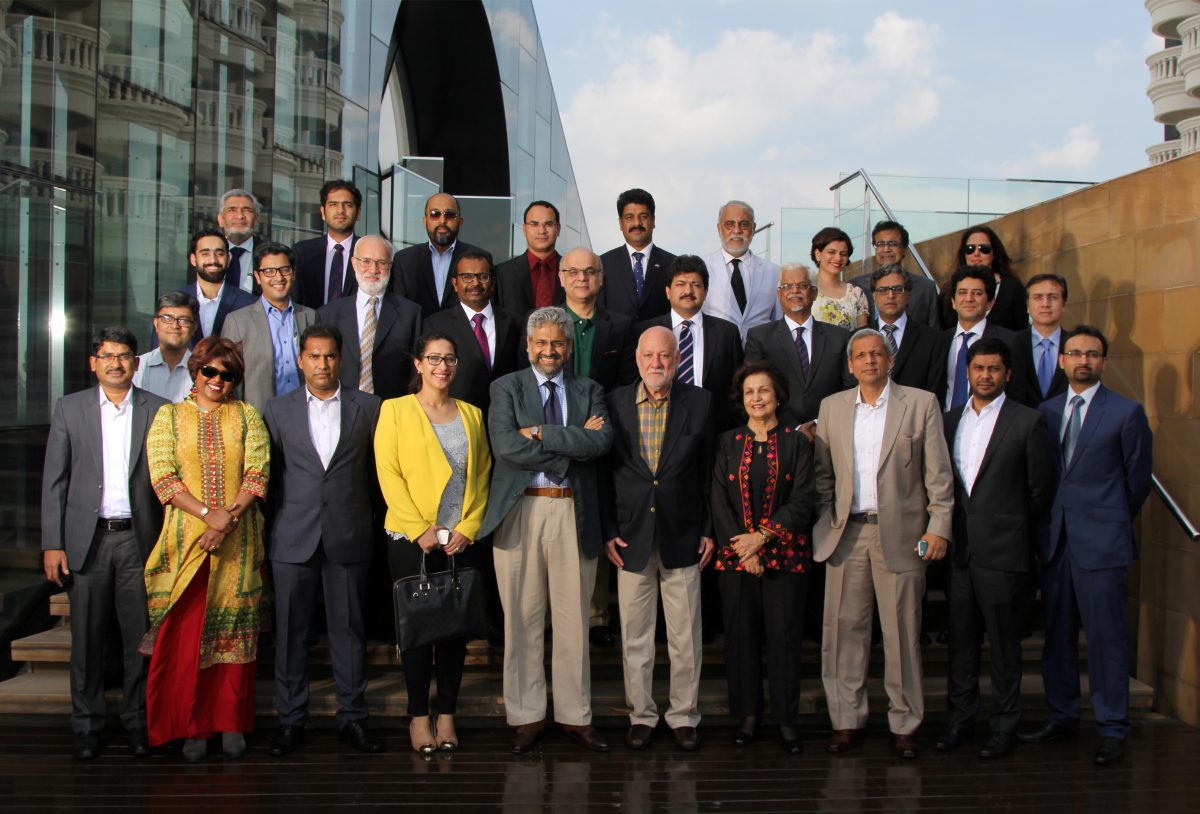 Bangkok, Thailand: Senior media persons and journalists from India and Pakistan traveled to Thailand for the 17th Chaophraya Dialogue to review recent developments in bilateral relations, and formulate recommendations for policymakers and media in both countries to increase bilateral engagement. At the end of the two-day dialogue, participants arrived at the following joint resolution.

1. They noted with satisfaction the recent meeting between the two Prime Ministers in Paris, and expressed the hope that this could lead to a revival of bilateral dialogue. They strongly urged that the Indian External Affairs Minister attend the forthcoming Heart of Asia ministerial meeting on Afghanistan in Islamabad;

2. They recommended that the dialogue process be delinked from confidence building measures that have already been agreed upon. CBMs must continue, and expanded where possible. Cross-LoC connections, meanwhile, must be encouraged and facilitated;

3. They expressed the view that the backchannel be restarted/commenced and kept away from media glare to devise further confidence building measures;

4. They suggested that the elected leaders of both parts of Kashmir meet annually to explore and promote trade, people to people interaction, implement agreed CBMs and build good-will;

5. They emphasized the importance of cultural exchanges, people-to-people contacts and sporting links between the two countries, and urged that visa restrictions be eased to facilitate these interactions;

6. They suggested that India and Pakistan consider the possibility of joint bilateral dialogue on Afghanistan to explore their common interests;

7. They expressed the hope that the two countries would meet soon to increase bilateral trade and economic cooperation and urged Pakistan to give Non-Discriminatory Market Access (NDMA) status to India;

8. They agreed that the two countries should work towards stronger cooperation within South Asia, and focus on making SAARC a more effective platform for regional integration;

9. They urged the two governments to give visas to journalists and media persons from the other side to travel as well as permission to work in each other’s countries. To this end, they recommended that the SAARC agreement which provided for long-term visas to journalists to visit and report from each other’s country, be implemented in letter and spirit;

10. They called on the two governments to implement and enhance their existing bilateral agreement allowing the posting of three journalists from the other side in their respective capitals. Keeping in view the proliferation of private print and electronic media channels, the number of such resident journalists from the other side should be enhanced;

12. They called upon media houses in both countries to set up an exchange program for training journalists from the other side;

13. They recommended that media houses engage local stringers across the border for print and television coverage of local events;

14. They called on the media to ensure that diversity of opinion is reflected on all issues, thus allowing the public in both countries to make informed choices;

15. They called on the media in both countries to invest resources in independent investigative journalism on terrorism and conflict, as these were areas of concern for both countries;

16. They called on the media to exercise the highest professional standards at all times, and avoid speculative and inflammatory reporting on issues related to tensions between the two countries;

17. They recommended that media institutions invest resources in reporting on the SAARC region, in particular on countries like Afghanistan.