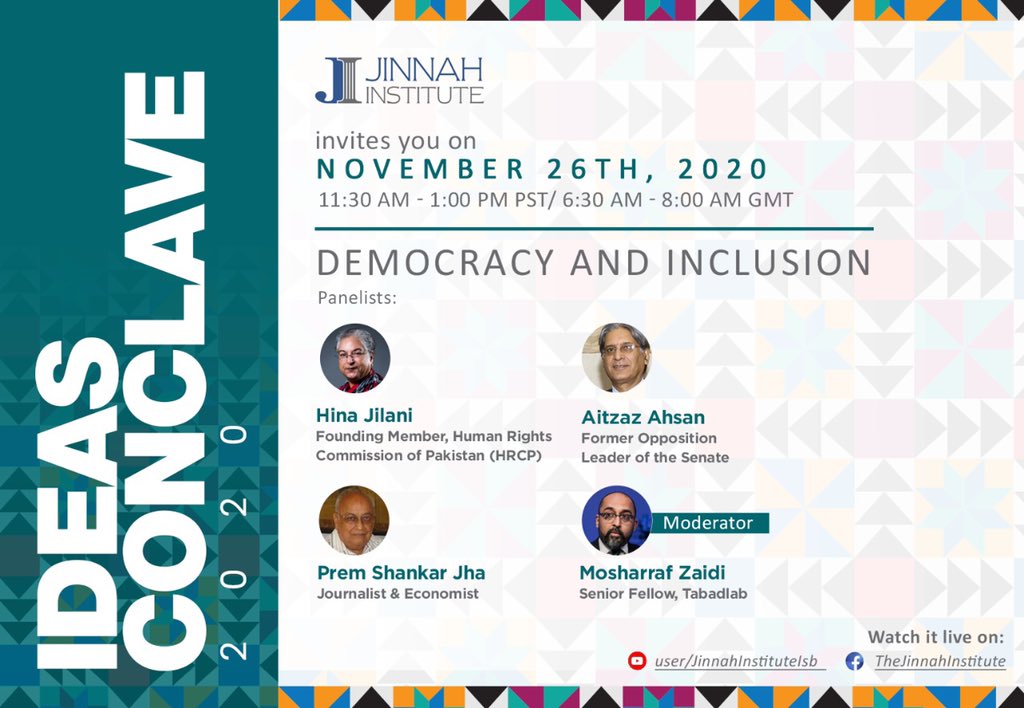 A bilateral conversation titled ‘Democracy and Inclusion’ kicked off the sessions, with former leader of opposition in the Senate, Chaudhry Aitzaz Ahsan, founding member of the Human Rights Commission of Pakistan, Ms. Hina Jilani and Indian journalist and economist, Prem Shankar Jha addressing the questions posed by Senior Fellow Tabadlab, Mosharraf Zaidi, who was moderating the session. With democratic ideals that were once considered sacrosanct under threat, the main thrust of the initial dialogue considered issues of pluralism and inclusion, and how majoritarian views and populism were rapidly becoming more accepted in democratic governments across the board.

Participants argued that views considered against the traditional values of democracy had existed since time immemorial; their espousal by mainstream democratic parties and groups had led to their widespread proliferation in democratic discourse and within structures of government. These prejudiced perspectives only came into the public domain if the environment for their proliferation was created by the state. This, compounded by the lack of basic checks and balances on the government, was being used to suppress the voices of civil society. One of the historical reasons for this was the subcontinent’s colonial past; the rules and laws imposed by the British before independence in 1947 were authoritarian.

Importantly, participants discussed how societies in South Asia created dichotomies based on languages; speaking and writing and English for instance was an intrinsic advantage for greater job opportunities. Those that were left out as a result of these issues were targets for populist narratives as potential recruits.

At the end, participants contemplated on how best to develop pathways to improve institutions and individuals to make for a more inclusive society. There were cleavages within society where large sections are now using majoritarian ideology to make improvements in their lives. It was important “for sections of society to oppose the exploitation of institutions.”