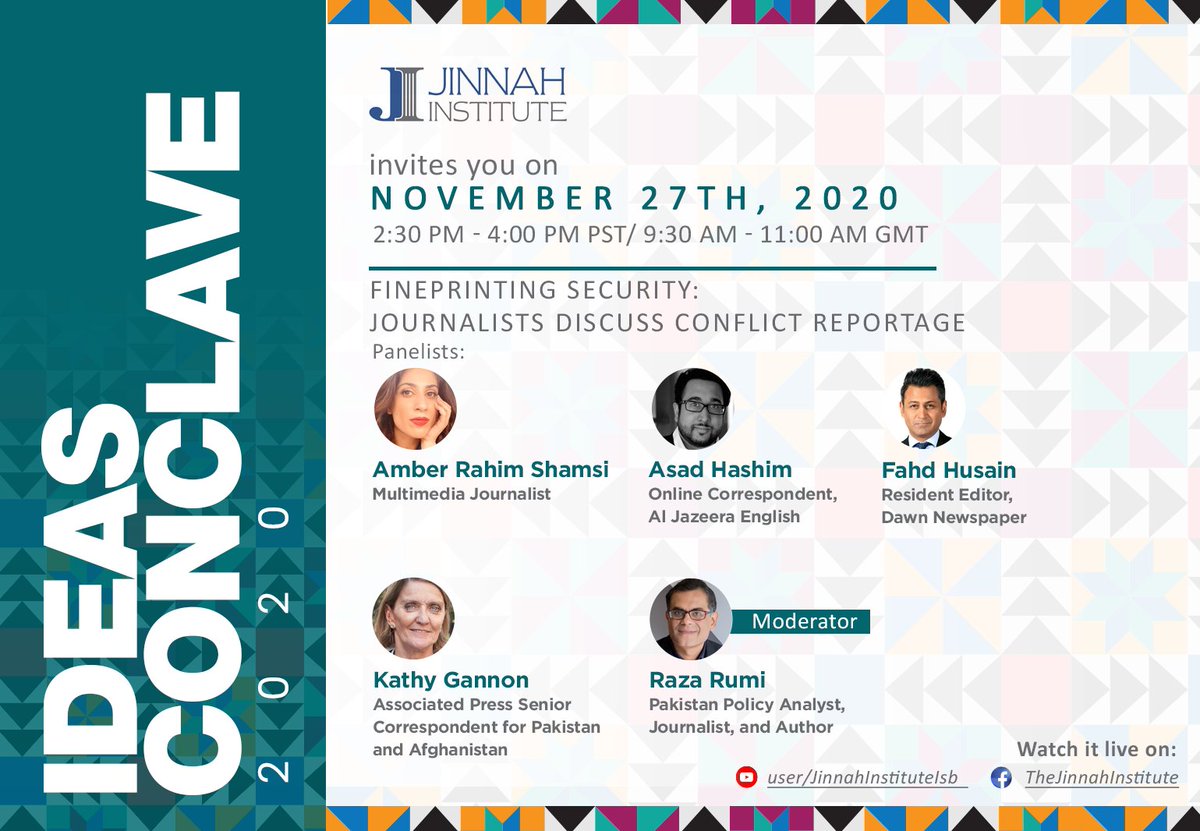 The final session of the Conclave, “Fineprinting Security: Journalists Discuss Conflict Reportage” was moderated by journalist Raza Rumi and featured experienced journalists Kathy Gannon, Amber Rahim Shamsi and Asad Hashim. This session highlighted challenges faced by journalists across South Asia while they cover conflict zones and areas which have been hit by violence.

Regardless of the environment a journalist is operating in, the principles of reporting remain the same. What is unique to conflict zones is perhaps the difficulty one faces when it comes to gaining access to voices you want to highlight, explained Kathy Gannon. Reflecting on her experience of reporting during the Afghanistan elections in 2014 when she came under attack and lost a friend, Ms. Gannon stated that “all one can do is try to mitigate the risks and dangers, but there is no way of eradicating them.”

While the principles of reporting may remain the same, journalists operating in Pakistan do face unique challenges. Amber Rahim Shamsi pointed out that it is important to recognize the privilege of journalists such as herself who have to travel to conflict zones instead of being situated there. Adding to the list of challenges is the often-witnessed scenario where reporting contradicts the state’s narrative regarding a particular conflict. Asad Hashim pointed out that state machineries attempting to mainstream a particular narrative is somewhat of a universal phenomenon. However, in Pakistan’s case the approach is very heavy handed to control the way a particular conflict is perceived, and also the extent of coverage it receives from news and media outlets. Today, journalists are going through a particularly difficult period as we witness an increasing number of enforced disappearances.

The clampdown of information in IIOJK is another manifestation of this phenomenon. Kathy Gannon highlighted the determination of journalists in IIOJK who risked their lives to smuggle out written materials to ensure that the public is apprised of the on-ground situation. Despite the BJP government’s best efforts, there have been some really moving stories to have come out of IIOJK. Whether they have the intended effect on the international stage however comes down to economic and regional clout of the country in question.

Towards the end of the session, digital spaces were discussed; in particular, the hostility and harassment faced by female journalists. “Women journalists aren’t just targeted for their alleged yellow journalism being paid to do propaganda for a particular political party, but are also on the receiving end sexual abuse and rape threats”, explained Amber Shamsi. A lot of these campaigns are coordinated and deliberate to undermine the credibility of female journalists. In addition to suppressing free speech, abuse faced by women journalists takes a significant toll on mental health and has real-life ramifications.