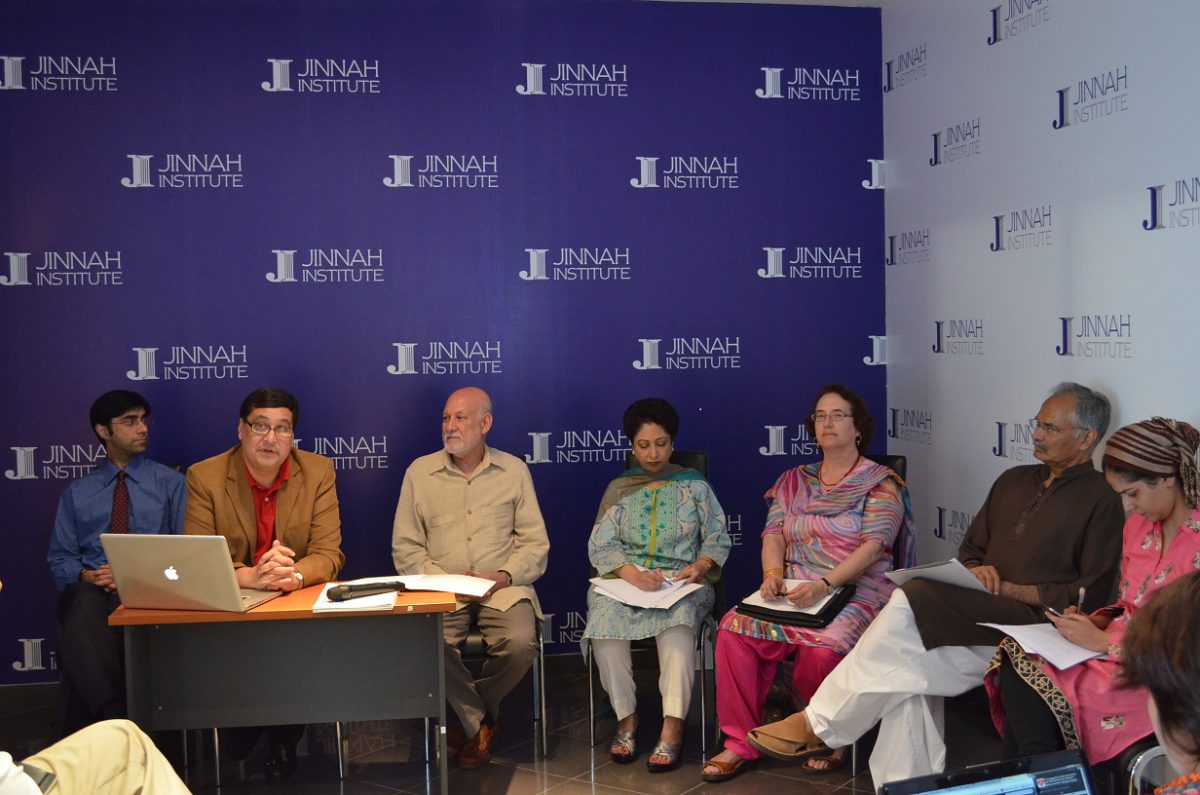 Imagining Futures for South Asia and its people

Islamabad: “Will people still talk about a “South Asian region” 50 years from now?” This was the question being posed at the policy discussion based on the newly published volume “South Asia 2060: Envisioning Regional Futures” edited by Dr Adil Najam and Moeed Yusuf at the Jinnah Institute in Islamabad on Wednesday.

The new book contains a series of essays written by 47 experts, and discusses the likely longer-range trajectories of South Asia’s future as a region as well as the key factors that will determine whether these trajectories are positive or negative for the region.

The event was kicked off with a short speech by former Ambassador Aziz Ahmed Khan, the Honorary Vice-President of the Jinnah Institute, followed by an introduction by the two editors and other distinguished panelists. Dr. Adil Najam explained the concept underlying the project and said that the vision for South Asia is strong, but the structure for making this possible is weak. The book brings together diverse views from the leading South Asian experts on the economy, environment, history, security, gender among other themes.

“There is growing sense in South Asia that people can do more on their own, without their governments. The book reflects this sense of agency,” stated Moeed Yusuf, adding that contributors to the book were initially reluctant to write about South Asia as a region as it was difficult to imagine a collective future for 2060.”

Panelists discussed how the book presented a coherent and nuanced outlook on the region, offering both an introspective and globally aware perspective of the outcomes of the region’s development. It was also observed that the volume filled the gap in studies on South Asia by exploring its regional identity, as well as the potential of present conditions to impact its future. “We need to transcend the past and make use of South Asia’s rise.Let us get over our obsession with the West,” said former Ambassador Dr. Maleeha Lodhi, who has authored a chapter in the book.

Mehmal Sarfaraz, Deputy General Secretary of SAFMA spoke about the need to mitigate conflict within South Asia through increased dialogue among governments, organizations and people of South Asia.Further discussions focused on the book’s departure from a purely security-based analysis to include factors such as development and human well-being in order to shed light on a whole spectrum of current issues that will affect the region into the future.

The event was part of an ongoing series of cultural and civil initiatives by the Jinnah Institute, which is a non-profit public policy organization, think-tank and advocacy group that seeks to promote knowledge-based policy making for strengthening democratic institutions.