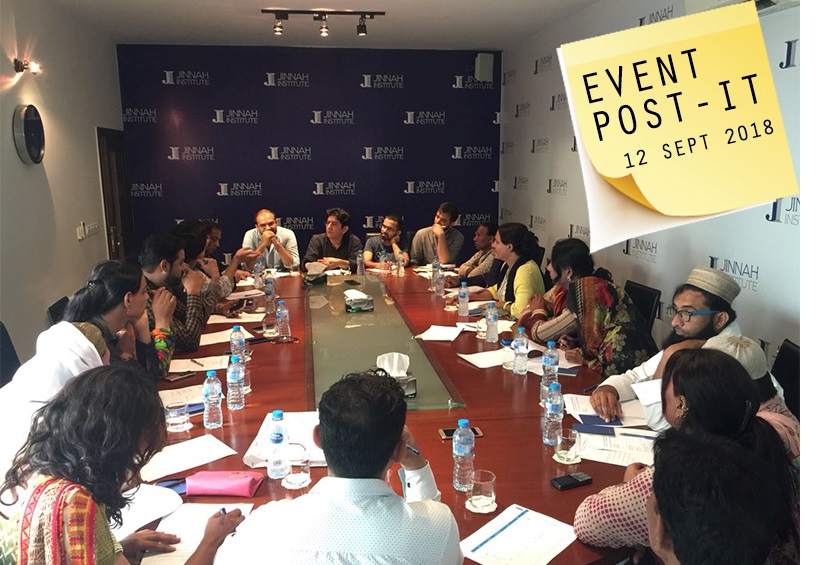 Encouraging strides have been made for transgender people’s rights in the legislature, but much needs to be done to increase their political participation and integration into society. This was the conclusion at a policy roundtable titled, “Transgender Rights and Political Participation” held at the Jinnah Institute.

Participants highlighted that since their transgender identity challenges binary conceptions of gender, interventions were needed to create a tolerant and aware society open to the third gender. The media was criticized for creating stereotypical representations of the community, but its power to impact people’s views and imaginations through fair and accurate portrayals of transgender people was recognized.

Political participation of transgender people was discussed with regards to their roles as both, voters and candidates. While NADRA has made progress in issuing CNIC cards to transgender people, many members of the community have not changed their gender on their identity cards because of social and religious barriers. They noted that transgender CNICs meant that they could not travel for Umrah, Hajj or other religious pilgrimages. They also noted that since most transgender people were listed as men in towns where they were born, they did not have a vote bank in cities where they were living with their transgender identity. This meant that the community was not considered a sizable vote block and their concerns were not taken up by political parties. It was also highlighted that the participation of transgender community members as candidates should be increased in the upcoming local government elections where they stood a better chance of galvanizing support amongst their community.

The ECP and Supreme Court were lauded for taking steps to integrate the transgender community into the civil society and assist in increasing their political participation. It was recommended that reserved seats for transgender people be introduced to include the community in the legislative process.

Parents’ refusal to take responsibility of transgender children was identified as a symptom of society’s exclusion and rejection of the third gender, and it was suggested that legislation that ensures that child rights are extended to adolescent transgender should be enacted. All participants also agreed that children must be allowed to choose their own gender, and proposed that the government should allow children to wait till the age of 18 till they register their genders officially.