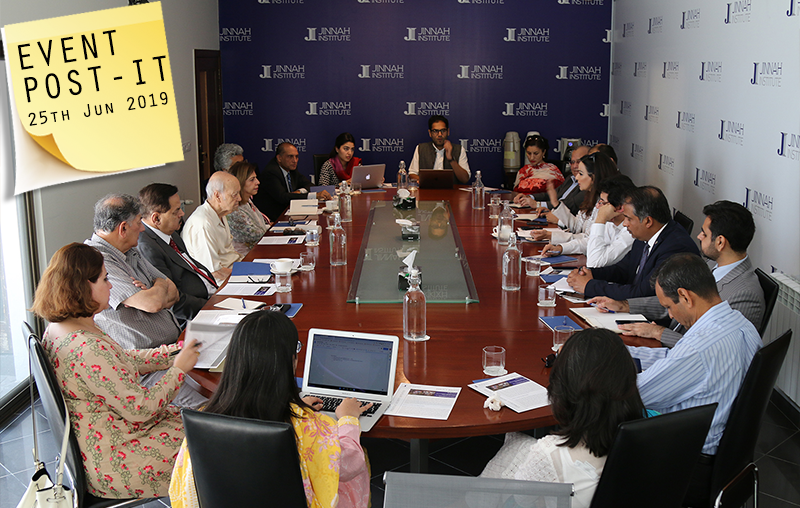 Reckoning with Modi 2.0, Is the Region Prepared

On 25/06/19 Jinnah Institute held a closed-door policy roundtable to discuss the state of the India-Pakistan relationship, as well as prevailing geopolitical tensions in South Asia. The roundtable was chaired by Jinnah Institute President Senator Sherry Rehman, and attended by a conclave of senior policy practitioners, former diplomats and military. In their interventions, participants took stock of the India-Pakistan relationship in the wake of Prime Minister Modi’s re-election as well as the SCO Summit in Bishkek. In addition to assessing New Delhi’s post-election strategic calculus, participants candidly considered the impact of Hindutva nationalism on the BJP’s election campaign as well as the bilateral relationship, and the role of international players including the United States and the Gulf countries during the Pulwama crisis in February. Participants agreed that people-to-people contact and initiatives such as the Kartarpur Corridor, while helpful, were ultimately hard to sustain in the absence of more robust political engagement and a clear demonstration of intent by New Delhi. Delegates agreed that any bilateral dialogue with India must be on the basis of mutual respect and equity. Simultaneously, Islamabad should continue to actively engage China, Russia, Iran and the Gulf countries, predicated on a strategy of coherent narrative building. With the United States, participants considered the existing trust deficit between Islamabad and Washington, as well as the United States’ approach to the Indo-Pacific and broader efforts to strategically contain China. The ongoing conflict in Afghanistan was cited as a fault-line that continued to exacerbate regional tensions, and participants commented on the need for Islamabad to politically engage other regional players, including Iran, to help stabilise the region. However, in light of growing Iran-US tensions, the space for engaging Tehran seems to be challenging. Delegates also assessed the state of the economy, and how this informed policy options available to Pakistan in a fast-changing neighbourhood.