Apprehensions regarding a hastened US withdrawal from Afghanistan in the wake of coronavirus can seriously dent the prospects of peace. While the Doha agreement between the US and Taliban provided a clear direction for the launching of an intra-Afghan process for reconciliation and peace, differences within the Kabul Administration and among the Taliban now stand to jeopardize the process. The COVID-19 pandemic has stripped away any time for prolonged thinking, and necessitates urgent steps by decision makers in all camps. The US, immediate neighbours and the international community in general, have a moral responsibility to encourage the Afghan parties to take the requisite next steps.

The fact is that there is no benign alternative to this route to peace. The Doha agreement provided a fourteen month time frame for a complete withdrawal of foreign forces. The twenty years preceding this agreement saw prolonged US-Taliban conflict with intractable positions, now overturned by the Trump Administration for good reason. US counter terrorism efforts have succeeded in Afghanistan with the elimination of Al Qaeda, but nation building requires economic assistance and not military action alone. The Taliban on their part assured the US that they will not allow any terrorist organizations to use Afghanistan for their nefarious activities.

This took a while to sink in among the DC policy establishment, and there has been a growing convergence in US and Taliban interests thereafter. Painstaking negotiations between the US and Taliban through the Doha Accord were not meant to proxy a rushed exit, but signals American  policy pragmatism to be willing to work with the Taliban, who have substantial political and territorial control.

A nation-wide ceasefire may be long shot though. The traditional Afghan mechanisms for consultation and decision making, including the Jirga, have to be availed where required to quell the violence. Meanwhile, a range of incentives and coercive options may have to be exercised to transition the next phase of power dispensations. The biggest incentive is legitimacy, derived from popular support and international recognition. Friends of Afghanistan should make it clear that international fiscal support will be contingent upon cooperation and manifest will to compromise in the larger national interest. The recent decision of the US Administration to hold back one billion dollars of financial assistance from the Kabul Government, unless it overcame internal differences, compelled a rethink.

US, Russia, China and Pakistan as well as Iran should constantly consult and coordinate their respective efforts to facilitate the peace process. The US retains the most influence and, as such, is in a pivotal position to steer the process. Next is Pakistan, with nominal influence with the Taliban, as well as Russia and China who have significant interests and capacity to help. Till an intra-Afghan dialogue can be reinitiated, a simultaneous international initiative must be put together for drawing a framework of reconstruction and economic development of Afghanistan by the Quad – US, Russia, China and Pakistan – plus Two (Kabul and Taliban). Such an initiative will help ensure that adequate incentives can be made available to all sides as fruit for progress as well as create an indispensable economic foundation for a durable peace in Afghanistan.

In short, the friends of Afghanistan have to discover ways and means to influence intra-Afghan developments in a positive direction. Pakistan too must do all it can to help Afghanistan achieve peace and stability through economic assistance. In a time of crisis ushered by the coronavirus pandemic, neighbours may best be remembered for the humanitarian assistance they mobilize and send over. Building peace may yet take many more years, but building goodwill presents a clear chance. 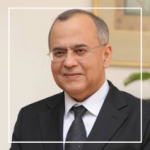 Salman Bashir is a Pakistani diplomat who served as the Foreign Secretary of Pakistan and as the High Commissioner of Pakistan to India.

Spoilers in the Mix

Amidst the chaos of Kabul’s deadly twin attacks earlier this month that claimed the lives of newborn babies among 40 others, it was not immediately clear who the antagonist was. The Taliban denied involvement, while the US blamed ISIS. For its part, the Afghan government readied an offensive against both the Taliban and ISIS, seeing no point in pursuing peace talks. But the American assertion has created tactical degrees of separation between the Taliban and the latest attacks, insomuch that the “historic peace opportunity” brokered by the US does not get derailed completely. The presence of ISIS as a spoiler in this milieu was anticipated, but its continued appetite for gruesome violence against innocent civilians and capacity to jeopardise the peace process in alliance with other groups was perhaps not.

Underlying the prisoners’ swap deal is the politics of winning credibility for the Kabul government. In the US-Taliban deal, it was agreed that the prisoners’ swap would take place as soon as possible, followed by intra-Afghan talks. That hasn’t happened yet. The Taliban expected 5000 prisoners in custody to be released at once, but there was delay from Kabul authorities who want the due acknowledgement paid to them in such an exchange. The Taliban on the other hand have repeatedly turned down talking to the Ghani administration on the pretext that Kabul has a “puppet government”.

To make matters worse, political schisms within the Afghan government have created multiple power dispensations. Abdullah Abdullah and Ashraf Ghani simultaneously took oath as presidents, and only after the passage of several weeks have decided to share executive power. It must be remembered that the controversial Afghan elections were marked with a record low turn-out. Neither leader carries a ‘representative’ mandate, but both may end up helping one another in negotiations with the Taliban.

The ANDSF is amping up its offensive against militant groups, and an extended season of violence can be expected till another breakthrough is made, hopefully. But if the last quarter is any guide to go by, spoilers’ ability to hijack the peace process must be minimized. In its signature fashion, ISIS will continue to pick the softest targets, including religious and ethnic minorities, school children, funerals and maternity hospitals. It maybe not have the capacity to combat the Afghan security forces head on, but will be instrumental in upsetting the peace process time and again. Eventually, it is down to the Afghan leadership’s resolve in fighting a way out of this, to negotiate with groups it seeks making peace with.