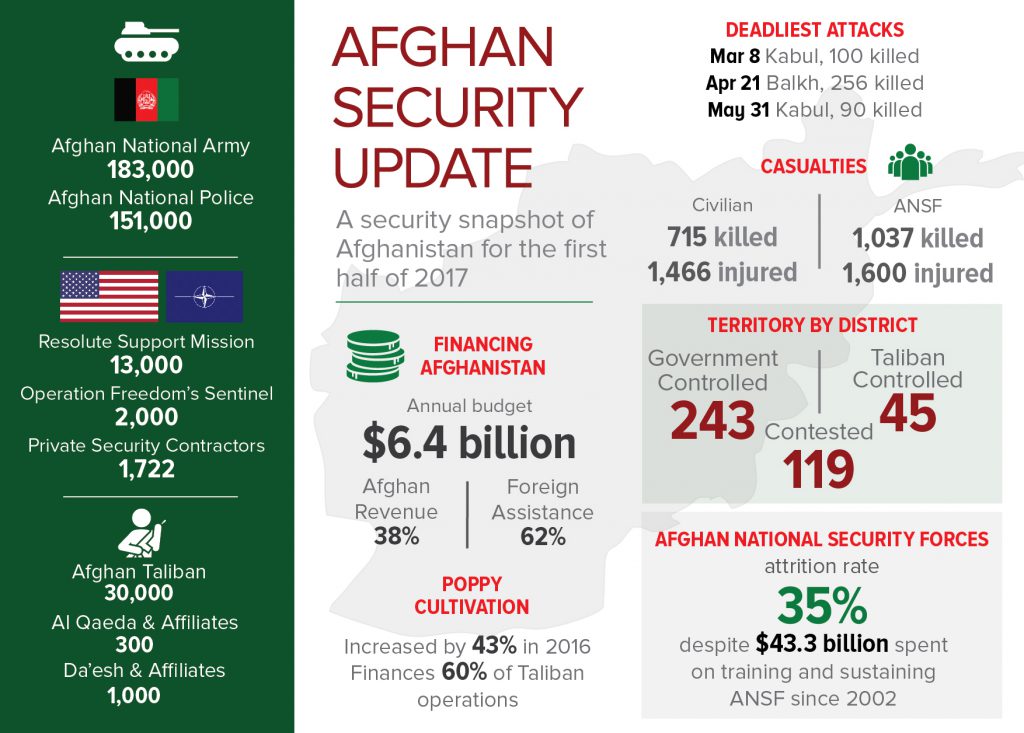 In light of an impending US policy review and the worsening security landscape in Afghanistan, Jinnah Institute takes a look at the country’s current security situation. The security environment in Afghanistan remains deeply precarious, as evidenced by a spike in the number of deadly attacks in the first half of 2017, while the Afghan government remains largely dependent on foreign aid amid sporadic economic growth.