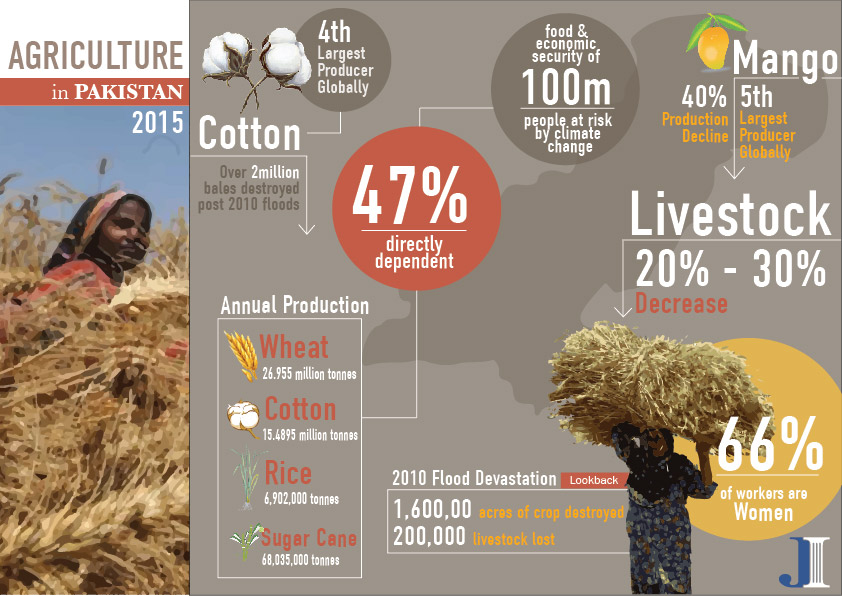 Pakistan urgently needs to safeguard its agricultural sector from the risks presented by climate change, which has had a pronounced impact throughout South Asia on food production. Recent news reports showed that Pakistan’s mango yield had been badly impacted this year as a result of severe weather, causing damage worth millions of dollars. An estimated 70% of Pakistan’s foreign exchange reserve is catered to by agriculture based activities, and 47% of the population is dependent on the sector. Livelihoods, food security and GDP are more vulnerable to the effects of erratic weather; cold spells, heat waves, windstorms, droughts and floods loom large on Pakistan’s agricultural sector, as well as South Asia, where overall wheat production is expected to fall by 50% by 2050 as a result of climate change. Given that the region is home to 40% of the world’s population, this will come with overwhelming consequences.

All images for this publication have been sourced from the internet.