Asia and the World After COVID 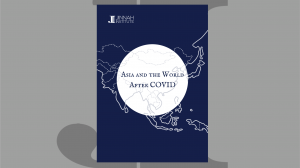 COVID-19 and the Future of Multilateralism

Peter Frankopan is Professor of Global History at Oxford University, and author of the best selling book ‘The New Silk Roads’. 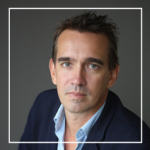 The spread, extent and effects of CoVid-19 took many by surprise. With more than half the world’s population in lockdown, it is not hard to see why. And yet those working on major threats to geopolitical security especially those specialising in emerging infectious disease have been warning about this for some time: in December, I was asked to write about the greatest dangers facing the world in the coming decade by a prominent publication in the UK.

The editors asked if I thought China was the biggest challenge; or digital disruption; or perhaps Iran and the nuclear threat – or maybe rivalry between Pakistan and India, within the context of Beijing’s Belt and Road Initiative or otherwise. All of these were serious, I said: but two threats stood head and shoulders above all others: pandemic; and the lack of a global plan to deal with pandemic. As it turns out, as my article was being published, doctors in Wuhan were starting to notice strange cases of patients with an unknown respiratory illness being admitted to hospital.

The world today feels like a very different place to just a few months ago. Then, discussion was all about trade wars; pressure on Iran; possible peace settlements in Afghanistan; rising military expenditure; rising connectivity and sharpening rivalries. Now, we are facing something very different: the decimation of small businesses; question marks about the viability of major corporations; the very stability not only of governments but perhaps even of states themselves; of global pandemic – and not only a possible but very likely food shortages for the poor around the world that may lead to 300,000 deaths per day, according to the head of the United Nations World Food Programme.

So when we think about the future of multilateralism, we are in fact thinking about the future of humankind. We should be trying to think big and beyond our national responses and local concerns to trying to find some joined up courses of action, of support and of medical, financial and humanitarian intervention. This is the moment to be drawing in resources, scholars, business people and to be creative in trying to steer away from the rocks and towards safety.

On that, it is hard to be too optimistic: after all, few would agree that multilateralism was in good shape before CoVid-19 for the really big issues in the world today – like climate change; like migration; like tolerance; like normalising regional relations away from confrontation. On the other hand, human beings are nothing if not pragmatic. And we are often at our best when faced with crisis – or as is the case now – multiple crises. So you never know. Necessity is the mother of all invention; and it is not that hard to look past a few hard-line or populist leaders who play to the galleries to see that for most people around the world, we would much rather try to solve problems together rather than descend into the jaws of hell. 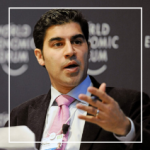 Parag Khanna is founder and managing partner of FutureMap and author of numerous books including Connectography and The Future Is Asian.

The coronavirus has proven to be a greater test for leadership than 9/11 and the financial crisis combined, a sobering shock that has shattered complacent assumptions that progress always moves “up and to the right.” Evolution, both biological and civilizational, is a much more haphazard and indeterminate process. If we are lucky, the world will pass “peak virus” within the next six months. But the economy, governments, and social institutions will take years to recover in the best-case scenario.

Moving forward, public- and private-sector leaders will have to accept a far greater agency in defining long-term priorities such as combating climate change and communicating the short-term sacrifices necessary to achieve them. Incentives will have to be realigned, with governments subsidizing investments in sustainability—and markets rewarding those firms that achieve revenue with resilience. If we are at “war” against the pandemic or future civilizational threats, we should act like it.

But it would be wildly optimistic to predict, even to hope, that multilateral institutions will be upgraded by great powers to better cope with future shocks. The United Nations will continue its terminal decay. While the IMF has temporarily restored its relevance, its macroprudential supervision will fall by the wayside. The World Bank is woefully slow and under-resourced. The most optimistic scenario, then, is a revival of regional organizations. Regionalization will be the new globalization.

The further we look into the future, the more we can imagine how global society may well be reinvented by the coronavirus pandemic. The 14th-century Black Death caused millions of deaths across Eurasia, splintered the largest territorial empire ever known (the Mongols), forced significant wage growth in Europe, and promoted wider maritime exploration that led to European colonialism. These phenomena trace strongly to the plague even if they played out over centuries. The consequences of today’s pandemic will emerge far more quickly, and with the benefit of foresight, we can try to mitigate them, capitalize on them, and build a more resilient global system in the process.