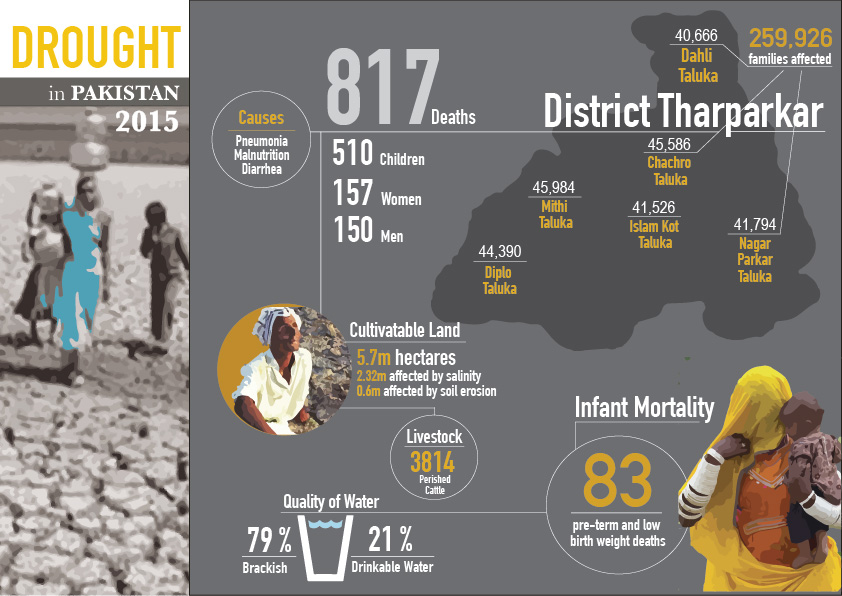 All images in this publication have been sourced from the internet. Information has been taken from PDMA Sindh’s website.

The drastic impact of climate change can be felt throughout Sindh province, where hundreds of communities have borne the brunt of a drought since March 2014, and become increasingly vulnerable to disease, hunger and malnutrition. The district of Tharparkar, home to a population of 1,299,735, has been the most severely affected, where 817 persons have perished over the last several months according to Provincial Disaster Management Authority (PDMA) Sindh. As many as 259,926 families have been affected despite the famine relief and medical aid provided by charities, NGOs and the Sindh government. Desertification resulting from climate change has brought about land degradation and poor access to and quality of water for the districts’s population, in addition to traditional governance deficits.