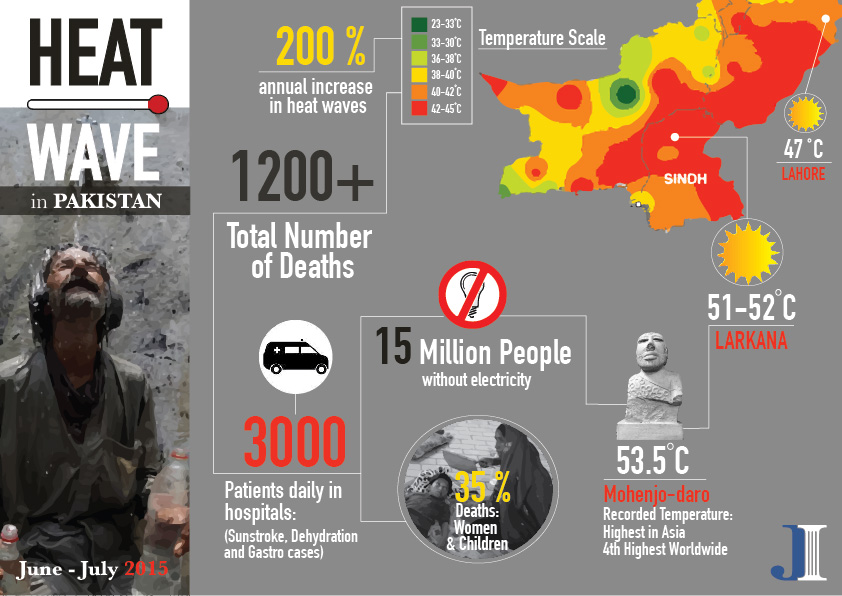 Climate change poses grave new challenges to governance in Pakistan, the scale of which became apparent in Sindh’s recent heat wave, which resulted in more than 1200 deaths (reported by the Health Ministry) and as many as 3000 patients daily seeking medical assistance for sunstroke, dehydration and gastro related cases. 35% deaths were of women and children. The nine day heat wave was part of a dramatic new frequency in high temperatures around the world, likely to occur four times more than previously recorded, according to private research. The city of Mohenjo-daro in Sindh recorded the fourth highest temperature worldwide and the highest in Asia at 53.5°C; adjoining Larkana recorded 51-52°C during June 20-29. The burden on power consumption went up several fold in urban centres, even as Pakistan grapples with an energy crisis that has left 15 million persons without electricity.