Following the recent Indian missile crash in Pakistan, Jinnah Institute reached out to policy experts to solicit their views on how this incident sets a new precedent in South Asia’s crisis stability and the need for greater international scrutiny of India’s nuclear weapon systems and procedures. 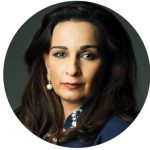 Indian belligerence is a growing constant in Indo-Pak relations. Ever since the Balakot surgical strikes, we have witnessed a brand of Indian hostility that exercises no restraint in launching missiles across foreign territory to serve domestic political ends. There is a behavioural rogue pattern at work here that is both dangerous and irresponsible. It can well lead to armed conflict if this trajectory is maintained with impunity.

The latest episode also tells us two things even if Indian claims are accepted: that Indian missiles are sitting trained on Pakistani territory, and that “slippages” during routine maintenance may well claim lives. It hasn’t spiralled this time, but incidents like this are exactly the stuff of nuclear safety simulations where incompetence leads to escalation.

Indian actions surely deserve condemnation, but none has come from international partners, just as it did not come after Balakot. The Indian Defense Ministry’s tepid response a day after Pakistan’s DG ISPR’s press-briefing vaguely conveyed their regrets on the issue. A country that is ranked 3rd highest in military spending ($72.9 billion per year) just after the US and China, and fond of indulging global power delusions, had no compunctions about adopting a cavalier public posture about the scale and nature of the harm it is committing. We recognize the new precedents, and know full well that no country would have gotten away with launching an ‘accidental’ missile anywhere.

No country can also get away with as frequent and uncontrolled theft of nuclear material. The number of incidents recorded by Indian authorities is unmatched anywhere else. Evidently India’s race to arm itself is not checked by institutional protocols for nuclear safety. It is one of the largest black markets for radioactive material.

Missile ‘accidents’ like this convince all actors in a nuclear environment that the future is unpredictable and lethal. Thanks to Pakistan’s level headed management of the issue, the situation did not spiral out of control. But Pakistan too needs to consider another level of preparedness now. 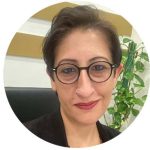 The ‘accidental’ missile that landed in Pakistani territory is a disturbing event. At this stage there are too many questions and too few answers, however, one thing on which there is no ambiguity is that it adds another layer of instability to the already fragile crisis dynamic in South Asia. Pakistan has been told that the GoI will be conducting a rigorous probe into the matter, however, India is under no obligation to share the details of the inquiry with Pakistan. While the Indian official statements refer to this as an accident, Pakistan has reasons to speculate further and wonder if India was testing gaps in Pakistan’s air defense. It is a legitimate question given that India can only do so during peacetime based on the data it obtains by probing Pakistan’s air defense preparedness. And a missile strike disguised as an accidental launch landing in the enemy territory without it being destroyed by the PAF is a very good data point.

While Pakistan’s response was that of restraint as is being lauded, allowing an ‘incoming object’ to travel hundreds of kilometers into Pakistan’s airspace without engaging with it, does not lend much confidence upfront about air defense preparedness. It raises a whole host of questions about the information at hand that was available to Pakistani decision-makers resulting in non-engagement and non-retaliation. The international community is too busy with the Russia-Ukraine conflict to push India on the details of the accident or even convince it to accept a joint inquiry as requested by Pakistan. While there is an IAEA Convention on Early Notification of Nuclear Accidents there is no similar or comparable convention for reporting on missile accidents. This missile incident between India and Pakistan could be one such opportunity to develop a bilateral framework to notify each other of missile related accidents. 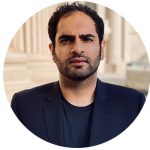 India’s explanation for the launch of its supersonic cruise missile into Pakistan on March 9th – that this was an errant misfire triggered during routine maintenance, and that India’s authorities are reviewing its standard operating procedures for its growing arsenal of weapons systems – is far from comforting or satisfactory. The missile landed 124 kilometers deep into Pakistani territory and it is a miracle that it did not escalate into a full-scale crisis between two highly crisis-prone nuclear armed adversaries. Troubling questions abound. Why did the system’s failsafe mechanisms not work? If the malfunctioning wasn’t mechanical, what explains the ostensible lapse in operational, command and control procedures? Why didn’t Indian authorities track the missile after takeoff, and if they did, why did they not immediately establish contact with Pakistan? And most worryingly, could this in fact have been a deliberate attempt to measure Pakistan’s responsiveness and air defenses, in other words a disguised flex, as India doggedly expands its military capabilities?

The answers are unclear. What is clear is that India’s capacity to safely handle sensitive technology in South Asia’s nuclear environment is now rightly being called into question. Against a backdrop of jingoistic rhetoric from India’s leadership, the events of March 9th and official statements thereafter do not ameliorate Pakistan’s threat calculus. India is currently looking to develop even more missile systems under great power patronage, and is considering exporting BrahMos to other countries.

While Pakistan’s response to this averted crisis echoes the maturity of sensibly demonstrated restraint to the Balakot provocation in 2019, the need for a comprehensive and transparent investigation into the misadventure of March 9th under international oversight, along with bilaterally reaffirming crisis communication protocols, is paramount. 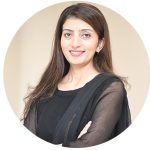 The “accidental” launch of a missile from one nuclear adversary to another is an unprecedented event that has rightly raised serious concerns among strategic circles. Perhaps more problematic than the incident itself is the Indian response that raised more questions than it answered. Accidents may happen as no system can claim to be completely failsafe, but as a responsible nuclear weapon state, India should have taken certain immediate corrective measures such as initiating the self-destruct mechanism during flight and informing Pakistan to avoid an inadvertent crisis. On the contrary, India only offered a vague statement two days after the incident. The non-response makes one wonder whether this incident resulted from a safety failure or a security breach? In either case, it has exposed India’s poor strategic culture and inefficient response mechanism that could pose serious ramifications for regional peace.

Secondly, the incident took place in an environment where bilateral relations are at their lowest. India is steadily increasing its alert level through various means such as canisterisation of missiles, diluting its No First Use (NFU) pledge, and gradually shifting towards a counterforce posture. A mishap of this nature in such a volatile environment could have very easily triggered a serious crisis. Therefore, India must be held accountable at all international forums and should be asked to come clean regarding the protocols and measures put in place to prevent accidental or unauthorised launches of all missile types in future. New Delhi should share this information in its annual report to the Hague Code of Conduct against Ballistic Missile Proliferation (HCOC).

This instance of neglect should serve as a wake-up call and must result in additional safety measures being instituted in order to avoid such an occurrence in the future. India and Pakistan must strengthen the 2004 Hotline agreement—that should have been used as a means of engagement in this case. The two sides may also consider expanding the agreement to include pre-notifications of both, flight testing of ballistic missiles and of cruise missile tests as well.

Lastly, Pakistan’s measured response that helped avoid a crisis should not interpreted as a sign of weakness by India. Many Indian analysts are incorrectly suggesting that the incoming missile took Islamabad by surprise and that it did not increase its alert level. Drawing such inaccurate conclusions may lead to faulty calculations and decision making in the future with grave consequences for the two countries and the region.