Pak-US Economic Relations at a Glance 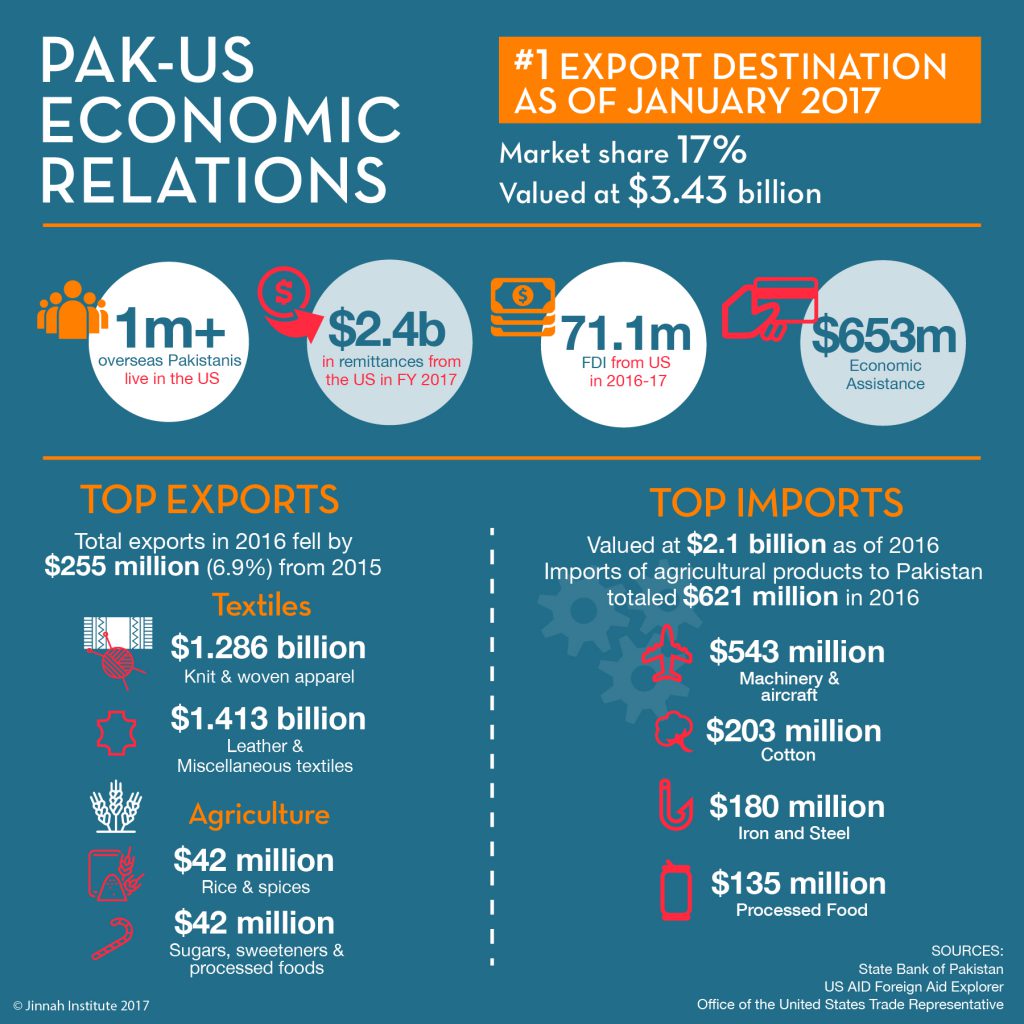 As the US undergoes a review of its policy in the region, Jinnah Institute examines recent Pak-US economic relations. The US remains Pakistan’s largest export market comprising 17% of Pakistan’s total exports valued at a staggering $3.43 billion, that include textiles and leather goods, as well as agricultural produce and semi-processed foods. It also accounts for one of Pakistan’s top sources of foreign remittances recorded at $2.4 billion during FY 2017, and of foreign direct investment recorded at $71.1 million in FY 2017. The US has also continued to provide Pakistan with economic assistance under its civilian-assistance program under the USAID since the September 11 attacks in 2001.