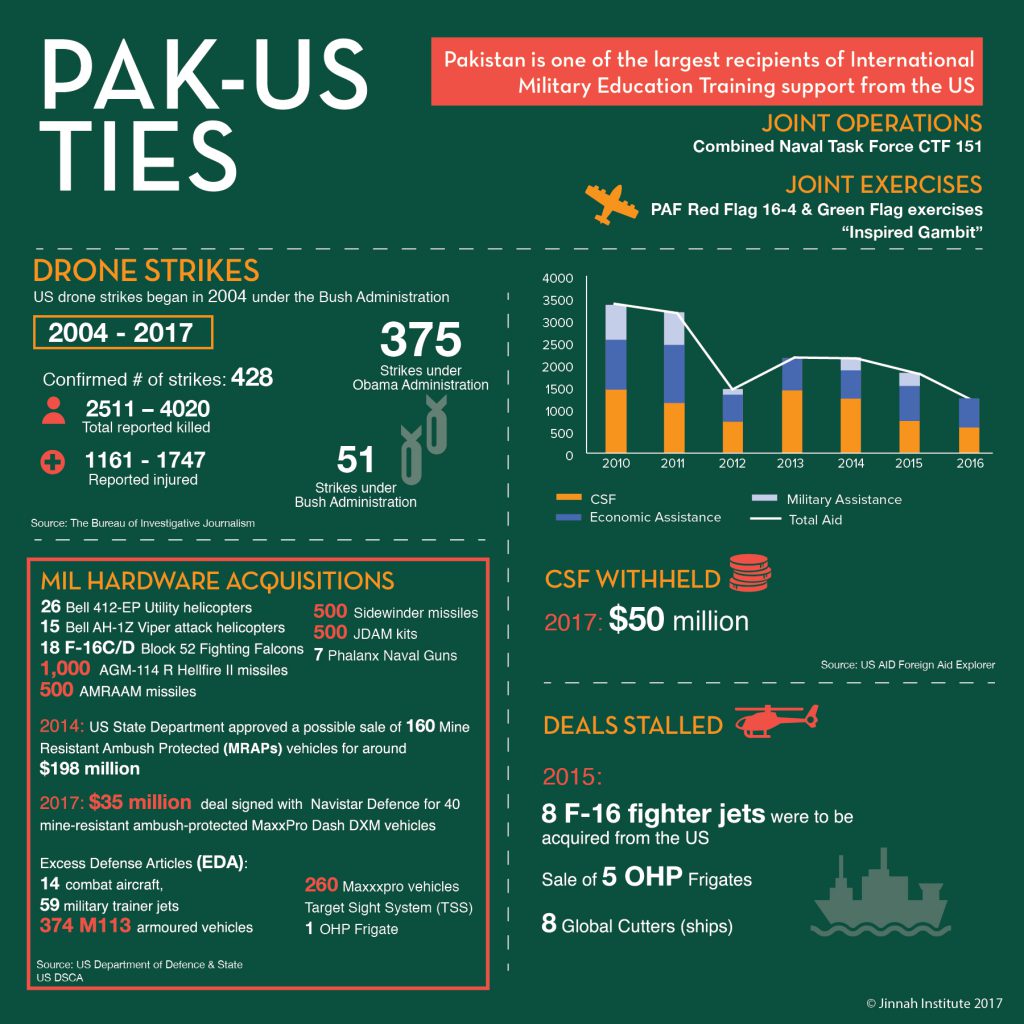 Jinnah Institutes takes an in-depth look at Pak-US relations in light of an imminent US policy review in the region. While relations with the US military remain fraught over drone strikes in the North of Pakistan, the US remains a major source of military hardware and equipment to Pakistan, which includes the acquisition of brand new equipment and used US defense articles under the Excess Defense Articles (EDA) Program. Pakistan has also signed multi-million dollar deals with the US for the purchase of ambush resistant vehicles and other hardware. The majority of US aid to Pakistan is from the Coalition Support Funds (CSF) which is a reimbursement to Pakistan for expenses already incurred and compensation for facilities made available to the coalition forces. In addition, Pakistan also receives economic and military aid from the US although major deals and promised CSF funds have been withheld in the past.