Tracking Attacks in Pakistan May – July 2017 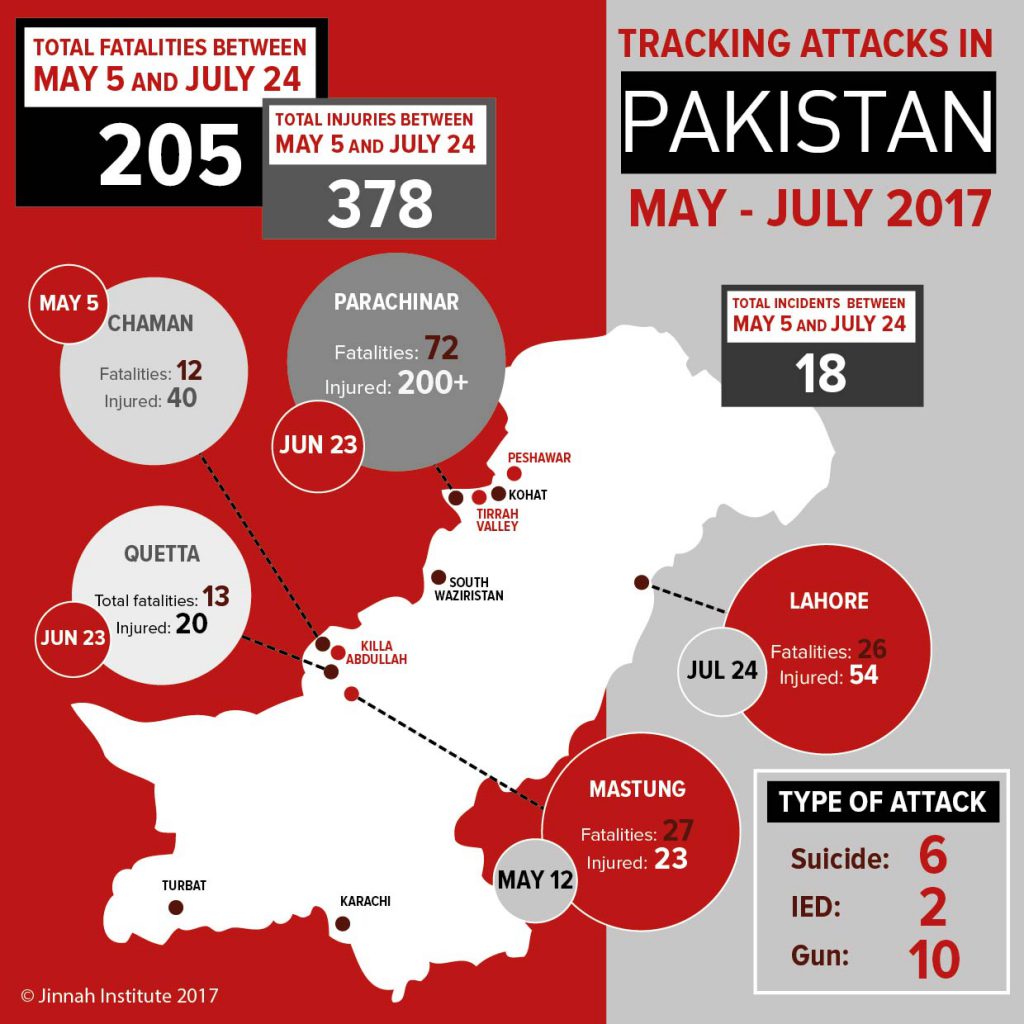 As Pakistan reels from yet another terrorist attack in Lahore on July 24, 2017, the Jinnah Institute tracks attacks in Pakistan over the summer. A total of 18 incidents were reported between May to July 2017 with the worst of the attacks targeting Pakistan’s Shia community in Parachinar where 72 people were reported killed, and over 200 injured. These recent attacks have once again brought into the limelight the lack of progress on the National Action Plan as the government continues to be preoccupied with its political survival due to the Panama case hearings.