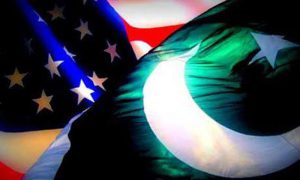 The Osama Bin Laden episode exposed new fissures between Pakistan and the United States, signalling a clear shift in a bilateral relationship already under considerable strain. While the intrusion of US Navy SEALs in Abbottabad on 1st May, 2011 was seen as a violation of Pakistan’s sovereignty by mainstream public opinion, the presence of OBL so close to a military academy also provoked intensive criticism of the Pakistani security establishment. This was followed by a heated exchange of public statements between Islamabad and Washington that marked a low point in bilateral ties.

On 22nd May, a terrorist attack on the PNS-Mehran naval base in Karachi brought further criticism of the ISI and military. Soon after, Secretary Clinton’s visit to Pakistan on 26th May was seen as an effort to repair ties between Pakistan and the United States, but evidence of a growing strategic divergence remained.

In the backdrop of these events, Second Opinion asked policy experts their views on the future of bilateral ties between Pakistan and the USA, and the extent to which Pakistan needs to review its internal security policies in the face of a mounting threat of terrorism.

A strategic turning point for allies?

In response to whether the OBL episode marked a strategic watershed that altered the course of future relations, Hassan Abbas, author and Quaid-e-Azam Chair at Columbia University, observed that the episode had further strained Pak-US relations, but did not change US strategic orientation or calculus about Pakistan. For Pakistan, the OBL episode was a “fiasco” that harmed its image and negatively impacted its capacity to pursue regional interests. In contrast, US leverage to influence to Pakistan’s counter terrorism policy has increased. Pakistan’s attempt to play its China card to regain lost ground has produced mixed results. In essence, the state of affairs remains the same, except that public opinion on both sides has become more skeptical about the bilateral relationship.

Shuja Nawaz, Director South Asia Centre, Atlantic Council, stated that this was yet another “turning point” in a relationship that was marred by misalignment. Similar to the “are you with us or against us” moment of the Bush Administration, this episode brings two allies into conflict yet again. The US wants a long term consistent relationship but still hews to transactional methods and benchmarks to test Pakistan’s fidelity. Pakistan’s weak government and checkmated military cannot break off the relationship nor appear to accede to US demands for fear of provoking a public backlash. He felt that leaders in Pakistan seem to want to raise the specter of foreign threats but avoid dealing with the state-sponsored and state-created demons that now haunt the country.

He pointed out that Secretary Clinton did call the Osama episode a “˜turning point’, but for it to become a true turning point Pakistan’s civil and military leaders will need to level with their own populations before they level with the United States. “The United States will need to find a common, true longer-term goal that they can agree on with Pakistan. Otherwise, it will be papering over the cracks in this relationship till the next turning point. Perhaps a drone attack in Balochistan or the Punjab? Heed President Barack Obama’s warning that he will repeat the Osama raid if needed, if Pakistan refuses to do the job of getting rid of the terrorists,” he stressed.

Defence Analyst, General (retd) Talat Masood said that already strained Pak-US relations were exacerbated by the OBL episode. Previously there had been serious differences due to the Raymond Davis affair, an expanding CIA network in Pakistan, increased frequency of drone attacks and Pakistan’s reluctance to undertake operations in North Waziristan. But despite these differences, he felt that both countries realize that they need each other and are making earnest efforts at repairing the damage done. Secretary Clinton and Admiral Mullen’s recent visit to Islamabad was an attempt in that direction. “America needs Pakistan’s support during the withdrawal phase of its forces from Afghanistan. Surely, there can be no peace in Afghanistan without Pakistan’s positive involvement and retaining the logistical supply lines running through Pakistan is vital. For Pakistan, US military and economic assistance is crucial. It cannot afford to antagonize a super power when it is internally weak and its relations with India remain hostile and uncertain” he stated, adding that US pressure on Pakistan is quite likely to increase, but both will try to find ways of working with one another.

Former Ambassador, Humayun Khan observed that both Pakistan and United States had acknowledged a turning point in their relations. Senator Kerry talked of pressing the reset button and Secretary Clinton spoke more candidly about a new relationship. From the Pakistani side, the Foreign Secretary had called for a change in the nature of the relationship, more an alliance between equals than relations between patron and client. He stressed that there was no doubt that the OBL episode has had decisive consequences, but unfortunately both Washington and Islamabad came out of it with serious grievances against each other, rather than a common rejoicing that the world’s leading terrorist had been silenced forever

Regarding the future course of this relationship for the US, he felt the official strategy would be to engage with Pakistan as a necessity until the Afghan issue was untangled. “This is a reluctant conclusion, they no longer see Pakistan as a genuinely committed partner. They will, therefore, be more demanding from now on. They may still rely on Pakistan to facilitate a negotiation process with the Taliban, but they will be less tolerant of safe havens for active insurgents,” he observed and recalled that CIA-ISI relations had been deteriorating since the Station Chief’s identity disclosure last year, made far worse by the Raymond Davis issue.

After the audacious attack on the PNS-Mehran Naval base, the discovery of OBL in Abbotabad and the US unilateral raid into Pakistan, policy experts agreed that the Pakistan security establishment is internally threatened. General Talat Masood observed that these events have exposed the weakness of Pakistan’s security intitutions and the inadequacy of national and military policies. “The greatest danger to Pakistan is now internal – terrorism, insurgency and extremism. For this there is an urgent need to formulate a comprehensive security policy in which the entire nation is galvanized for combatting the threat,” he said, adding that the Pakistan military has reoriented itself to assymetrical warfare from its traditional focus on conventional warfare and undertaken successful operations in Swat and the tribal areas. However, there is need to further upgrade capacity, reevaluate the nature of the threat, greater ideological clarity within the military and greater accountability. “Ultimately it is the people’s support that is vital in winning any war. So far the role of the civilian government has been weak in galvanizing public opinion and building consensus,” he said.

Shuja Nawaz saw the events as symptoms of a serious issue that Pakistan refuses to face. “The enemy is within. This is not a challenge for the military alone, it is a challenge for all Pakistanis. There are no “good” or “bad” Taliban or jihadi groups. They are all at odds with what most Pakistani want. Neither the Taliban nor jihadi groups can be controlled as their ‘masters’ think. It is time to end delusional thinking and clean the system, or risk losing the freedoms that most Pakistani cherish but are gradually losing.” He felt that creeping radicalization was emerging as a real threat and the two choices available to national leaders was either to create a pluralistic, tolerant and inclusive Pakistan, or create a security state where security is never guaranteed and division rules. “Pakistan does not need lectures or advice from abroad. The answers lie within: a clear vision and political will,” he concuded.

Hassan Abbas agreed that the PNS Mehran attack exposed Pakistan’s inadequate security preparedness. He felt that Pakistan’s security establishment has been under tremendous internal pressure since the Wikileaks disclosures and this incident further tarnished its reputation. “It is difficult to justify high defense budgets in this scenario. The military’s sacrifices in the War on Terror deserve recognition, but it has many questions to answer to regain its credibility in the eyes of the public,” he opined and pointed out that accountability standards for politicians, bureaucrats and defence officials must be similar if Pakistan has to grow. “The security establishment must review, revise and reassess its worldwiew,” he stressed.

Humayun Khan recalled that the “˜prestige’ of the security establishment had reached its nadir under Musharraf and General Kayani had made strenuous efforts to change perceptions by carrying out successful operation in Swat and Waziristan against Al-Qaeda. But with the OBL episode and the PNS-Mehran attack, the reputation of the security establishment has been put at great risk. “People are beginning to ask how it was possible for a foreign commando force to enter our territory, carry out an operation and then depart undistrubed. How could a naval base be so easily penetrated by a handful of terrorists? Why are we paying so much for an institution which cannot fulfil its elementary duty of safeguarding our frontiers or taking care of national assets?” He also felt that charges of inefficiency and neglect have been compounded by fears that extremist elements have penetrated these institutions and are in collusion with terrorists.

This material does not reflect the views of the Jinnah Institute, its Board of Governors, Board of Advisors or the President.This material may not be copied, reproduced or transmitted in whole or in part without attribution to the Jinnah Institute (JI). JI publishes original research, analysis, policy briefs and other communications on a regular basis; the views expressed in these publications are those of the authors alone. Unless noted otherwise, all material is property of the Institute. Material copywritten to JI: Copyright © 2010 Jinnah Institute Pakistan under international copyright law.