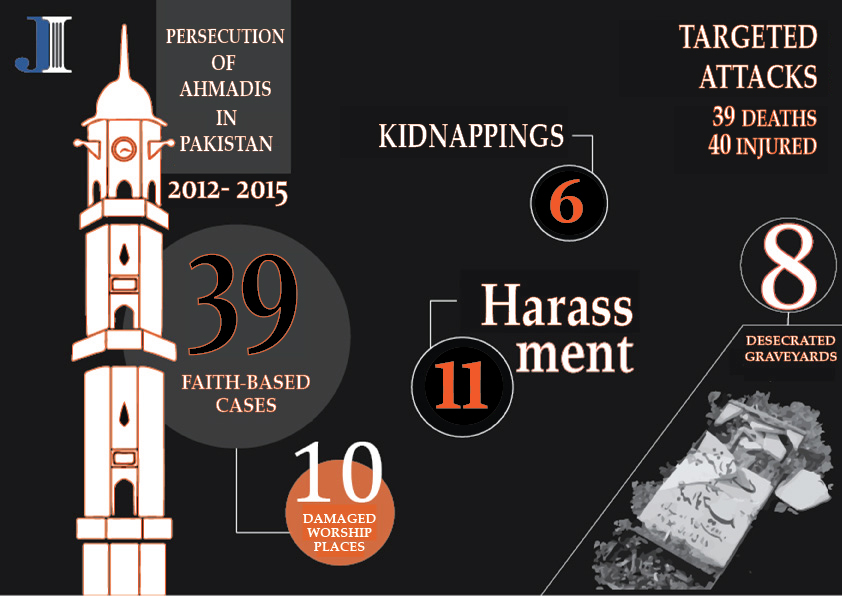 Pakistani Ahmadis continued to face discrimination and injustice over the past three years. Jinnah Institute’s research into Ahmadi persecution shows an increase in the systematic targeting of the community. In 2014, faith-based murders of Ahmadi men increased in Punjab compared to Sindh, which saw greater target killings of Ahmadis in 2013. Research also showed that cases of violence or discrimination against Ahmadis did not lead to investigation or punishment for the attackers. The targeted arson attack on Ahmadis in Gujranwala, Punjab in 2014 which led to deaths of two Ahmadi minor girls and one female senior citizen, did not result in the murderers being brought to justice.

Ahmadi community also faced severe hate campaigns, through hate speeches and published hate literature. Despite the government’s steps taken to counter hate speech through the National Action Plan, hate material against Ahmadis is still being published and displayed in public spaces across the country.