The 2020 US Elections and a Biden Presidency: What Pakistan Should Expect in the Region

As a new US Administration is set to take office under President-elect Joe Biden, Jinnah Institute quizzes a panel of former diplomats and policy experts on the likely impact of US policy interests in the region, and specific implications for America’s relations with Pakistan.

The perennial question among Pakistani observers about which American Presidential candidate or political party suits Pakistan is irrelevant. Pakistan faces colossal domestic and external challenges. Only a comprehensive and rapid national transformation can deal with them. Tragically, apart from rhetoric, there is little sign of this happening. Nor is there any discernible intention among the ruling political and institutional elites for it to happen.

Unless Pakistan is seen to be seriously and effectively dealing with its challenges, its views and complaints – however valid – will not be taken seriously. If the people of Pakistan are seen as resigned to their fate and its rulers are seen to be no friends of the people, no country will strategically invest in its future. Only a seriously and successfully governed Pakistan – which requires the organized ownership and active participation of its people – can command the respect of friend and foe alike, and maximize its policy options vis-à-vis the several simultaneous existential challenges it faces.

Should this happen, it will not matter who rules in Washington. Should it not, then for an opposite set of reasons, it will similarly not matter. Currently, there seem to be too few Pakistanis committed enough to undertake the rigours and stress of participating in grass-roots movements for the implementation of mutually reinforcing measures to transform Pakistan. This is the fundamental challenge. Moreover, impending climate catastrophe has drastically shortened the time in which this challenge has to be met.

President Elect Joe Biden has won the referendum on Trump, albeit narrowly. The mainstream media’s projection of a blue wave proved aspirational.

The Biden Administration’s avowed goal is a ‘value-based policy’ that will restore US standing in the world.

Pakistanis are relieved and enthused to see the new Administration succeed. Yet, like elsewhere the Trump years have left a conflicted, uncertain world.

For Pakistan, forging a value-based relationship with America is the way forward. This requires sincerity of purpose on all sides.

The US needs to step back and take stock of South Asian realities. It is here that the new Administration will be crucially tested. Only lip service to human rights, including for the Kashmiris, will not be enough.

The Indo-Pacific strategy, if extended to South Asia, will pose formidable difficulties for regional states that are vulnerable to India’s bullying, and resent and resist Indian arrogance and hegemony.

An even-handed policy in the spirit of Biden’s fair-minded espousal of re-establishing America’s moral authority in the world entirely conforms with Pakistan’s views and aspirations. In this sense, restoring the primacy of the UN and multilateral cooperation is where the Biden Administration will find Pakistan’s earnest support.

One could hope for an honest reset of Pakistan-US relations in the Biden era. Much of the vocabulary and narratives need to change. There is a multitude of areas where our interests converge. 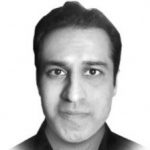 Expect more continuity than change in the Biden administration’s Pakistan policy. Pursuit of an Afghanistan endgame will dominate the relationship, whose tenor, if not the substance, will continue to hinge upon how that process fares and perceptions of Pakistan’s helpfulness.

The Biden administration will also expect Pakistan to continue to push forward counterterrorism-related reforms, both through the FATF compliance process, and outside of it.

U.S.-China competition will endure, if not intensify during Biden’s tenure, and Pakistan will certainly bear its externalities, especially as a result of the stronger alignment between Washington and New Delhi, and perceptions of a Sino-Pak entente represented by the China-Pakistan Economic Corridor.

Pakistani commentators are citing a Biden quote from 2008 in which he tells then-Afghan President Hamid Karzai that Pakistan is fifty times more important than Afghanistan. But one can see Biden today make a similar comparison in India’s favor vis-à-vis Pakistan, even after accounting for New Delhi’s economic woes and brazen Hindu nationalism.

With this disparity in mind, the onus is on Pakistani elites to develop a basis for a realistic but comprehensive partnership with America. There is little incentive for anyone in Washington, inside or outside of government, to push that conversation forward beyond symbolism. Pakistan is neither that important nor is it all that popular.

But Pakistani elites — both civilian and military — are largely concerned with their own parochial individual, partisan, or institutional interests. As peace in Afghanistan remains elusive and the China challenge drives America and India closer together, the prospects for meaningful improvement in U.S.-Pakistan relations are limited. 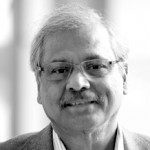 Perhaps the most controversial American president in recent history, Donald Trump has disrupted the existing world order. Rejecting multilateralism, he has pursued a policy of unilateralism and American exclusiveness thus intensifying international conflicts. Victory for his Democratic rival would certainly change the course of American foreign policy and mark a return to multilateralism wherever it suits the broader American interest. The fall of Trump would at least restore some order to America’s relations with other countries, in particular its allies.

The change of leadership in Washington, however, will not affect the US plan to withdraw its troops from Afghanistan. This is the only policy area where there is no difference of views between the two rivals. While Joe Biden has publicly supported Trump’s Afghan withdrawal plan, he has also called for a clear strategy to deal with Daesh. There is likelihood of any major change in the existing transactional US relations with Pakistan under Biden administration.

Pakistan and US relations have seen several ups and down in the past years. The trends in the relationship show fluctuating American interests and goals in the region, while Pakistan has adapted to these developments with a focus on setting its own short to medium, and long term goals.

Top priority for Pakistan and the US is the ongoing war and violence in Afghanistan that has consumed innocent lives on both sides of the Pak-Afghan border. Although the new intra-Afghan talks have shown prospects for peace, spoilers like ISIS and its regional supporters may prove to be devastating for US efforts and regional peace, if not taken care of. A peaceful Afghanistan is therefore top priority for Pakistan and the US.

Over the years, Pakistan’s utmost efforts have been towards thwarting terrorist attacks from Afghan soil. To this end, any future collaboration between Pakistan and the US to work out a peaceful settlement in Afghanistan would be welcomed.

The US-China competition is going to play an important part in global as well as regional geo-politics. Taking this into account, the US may further align itself with India. Pakistan needs a dynamic and proactive foreign affairs strategy to deal with the rapidly changing regional dynamics. 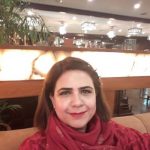 Questions around a new #BidenHarris2020 U.S. administration policy in South Asia must be viewed against the larger issue of how the U.S. has framed its theoretical and attitudinal approaches towards Asia as a whole, especially since 9/11. It is deeply ironic that from its original robust Cold War era combine of security, political, economic, commercial, developmental and socio-cultural engagement with Asia, American interest in the region has steadily declined from this holistic framework to a reduced prism of defense and security-intensive policies under a bipartisan War on Terror doctrine. Nowhere is this institutional retreat and structurally reduced policy footprint more obvious than in the South-West Asian region where U.S. policy has almost exclusively become militarized because of the war in Afghanistan. The major negative impact of this militarization is evident in how American policy architecture has also ultimately – and erroneously — pushed its positively balanced commercial and economic dynamic with Asian giants, China and India, into a conflict-centric matrix of the ‘Indo-Pacific’.

Unfortunately, this has resulted in a cumulative historical, institutional, and policy spectrum loss for both the U.S. and Pakistan, as the bilateral relationship has been reduced to a mere function of this larger conflict paradigm. Beyond a functional but soulless cooperation on the Afghanistan peace process, Pakistan cannot expect any significant or gainful departures in the bilateral equation unless a Biden administration reverses the over-securitized American foreign policy behaviour in Asia and decisively resets it to: 1) replace militarization with diplomacy and multilateralism; and 2) renew engagement of the region with a focus on post-COVID economic revival and trade prioritization. Else, a U.S. drawdown and exit from Afghanistan could easily morph into a larger conflict play-out with China (and Iran), in which Pakistan will not be favorably positioned. Pakistan’s best bet is to remain consistent in its current pursuit of multilateralism, regional integration and regional partnerships for a protective balancing act — with no expectations.