Talking to the Taliban 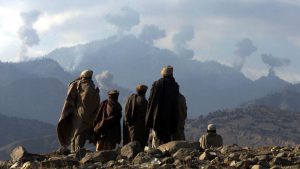 One of the most important talking points in the run-up to Pakistan’s May 2013 general elections was the issue of domestic militancy and terrorism, and whether the government should negotiate with the militants. In the aftermath of the polls, the national level dominance of the PML-N and the provincial success of the PTI in Khyber Pakhtunkhwa province brought the discussion to the fore, as both parties had stated their ambition to negotiate with the militants. However, public opinion remains divided on this issue. Jinnah Institute asked a range of experts for their opinions on how such talks should proceed and what the government’s aims and objectives should be. 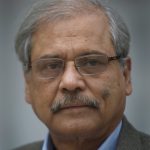 Zahid Hussain, author and senior journalist, stated that the question was not whether the government should talk to the Taliban; but rather on the conditions required should the government do so. He said that governments do not negotiate with terrorists who refuse to give up violence and challenge the writ of the state, adding that the TTP’s offer for talks came with preconditions that include enforcement of its retrogressive political and social agenda.

“There is no indication that the proscribed terrorist outfit is willing to give up violence and restrict its activities to the country’s constitutional parameters,” said Hussain. He added that political parties supporting talks with the Taliban were doing so either out of fear or because some of them subscribe to its retrogressive world outlook.

On what such talks would hope to achieve, Hussain said that it was clear that the TTP was not interested in peace and the main reason for the peace talk offer was to gain legitimacy. “Pakistani authorities have signed at least ten peace deals in the past ten years, but all were violated by the Taliban,” he said, adding that the TTP used those agreements to gain time and space to reorganise itself. “We should not be [under] any illusion that the militants are sincere in talking peace,” he concluded. 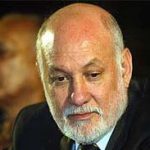 Ambassador Aziz Ahmed Khan, Vice President of the Jinnah Institute, said that the final objective of any talks should be clear and in case of failure of the talks, the subsequent action to establish the writ of the State should be resolute.

Khan said that a close analysis of TTP statements and the pattern of their attacks amply demonstrates that their fight was against the State and the Constitution of Pakistan and that their objective was to change the system and put in place their version of the Shariah.

According to Khan, before embarking on talks with the TTP and other insurgent groups, certain facts need to be taken in to account. These are:
i) Pakistan is being governed through a democratically elected process open to all groups and parties and has institutions established under the country’s Constitution.

iii) The groups challenging the state comprise no more than a few thousand in a country with a population of almost 185 million. They have no popular support. Even the people in areas where these insurgents are operating do not support them. We have the example of Swat which, not so long ago, was under similar terrorist control.

iv) The TTP and other insurgent groups have killed over 40,000 innocent men, women and children who had nothing to do with either state policies or TTP grievances. The insurgents have committed atrocities in mosques, schools and even funeral prayers. 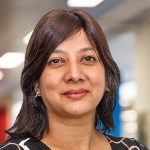 Huma Yusuf, journalist and columnist, argued that there was no point in talking to the TTP unless the government was clear about its own stance on militancy, which she felt was not the case at present. She maintained that there should be clarity on what terms Pakistan is willing to engage with the TTP, and more importantly, that the country’s institutions should be working in tandem with the ultimate goal to eradicate militancy.

Yusuf reasoned that given the group’s history and its stated desire to overthrow the government and impose Shariah law, negotiations are likely to be unproductive. She added that it was unlikely that the TTP would accept proposals such as deweaponisation in exchange for amnesty, inclusion in political processes, and cessation of hostilities against Pakistan and her citizens in exchange for a new drone policy.

On the other hand, she speculated how far the government was willing to go. “Is [the government] willing to surrender executive, legislative and territorial control in parts of FATA to the TTP? One should hope not.”
Given the result of past dealings with the TTP, Yusuf said that their occasional calls for talks were meant to divide public opinion, win popular support, and put the Pakistan government on the defensive (that is, to make the government seem like the unreasonable party that is not willing to secure peace through negotiations, or lacking in authority to create the right conditions for productive talks). “Talking to the TTP would confer the group with great legitimacy and is therefore a step the government must take with extreme caution,” she said.

Talks with the Taliban, according to Huma Yusuf, must be one component of a sophisticated, long-term, national counter-terrorism strategy, which does not currently exist. “Negotiations have little effect if they are not coupled with the valid threat of a military response in case talks fail or the terms of a deal are breached,” She stated, adding that at present, the Pakistan Army has demonstrated little appetite for taking action against the TTP’s main stronghold in North Waziristan. Meanwhile, the government has yet to place talks with the TTP in the broader context of fighting militancy by improving governance, reforming education and strengthening the civilian law-enforcing agencies. 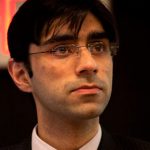 For Moeed Yusuf, Senior Pakistan Expert at the United States Institute of Peace, there is not much hope for successful negotiations with the TTP. Negotiations with insurgents typically succeed for states when the non-state parties are weakened, if not decisively defeated, and realise that any compromise deal would be better than continuing their battle. Negotiations with the TTP would make sense when we get to that point. “Short of that, the TTP’s demands are likely to be unacceptable for any Pakistani who wants to be part of a moderate, progressive polity,” he said.

In debating the wisdom behind talks, Yusuf emphasised the need to focus on who we are talking to, what are they likely to ask for and what is the most that we can offer them. “Talks will potentially be worthwhile if we can answer the first question clearly and find at least some overlap between the second and third, otherwise not,” he concluded.

He said that unless the initiative is about pacifying the core of the Pakistani Taliban, it was of no consequence and a formal, politically-backed process would make little sense. Talking to the periphery, i.e. the less violent or least recalcitrant actors, would not even dent the overall momentum of the Taliban’s activities.

On whether pacifying the core is possible, Yusuf said that it depends on what we are willing to offer them. He argued that if our offer is a demand for them to give up violence, lay down arms, and ask for forgiveness, it would be a non-starter and would defy all benchmarks for successful talks between states and insurgents.