The ICA’s Partial Award on Kishenganga

On February 18th 2013, the International Court of Arbitration gave a partial award in response to Pakistan’s appeal over India’s Kishenganga project, allowing India to divert waters from the Neelum-Jhelum river but restraining drawdown flushing techniques.

Pakistan had moved the Court in 2011 asking whether India’s proposed diversion of the river Kishenganga was breaching legal obligations owed to Pakistan under the 1960 Indus Water Treaty. The second dispute was whether India could bring the reservoir level of a “˜run-of-river plant’ below Dead Storage Level (DSL).

The Court’s partial award has stimulated a heated debate across South Asia, although the final decision is expected towards the end of 2013. Jinnah Institute sought the opinion of policy experts on how the ICA’s decision will impact water-sharing between India and Pakistan. 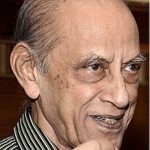 According to India’s Former Secretary Water Resources, Mr. Ramaswami Iyer, the issue is not one of quantum of diversion but whether the diversion from one tributary of the Jhelum to another is a violation of the Treaty. He believes the Court of Arbitration has clearly ruled that it is not. 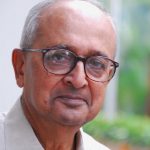 Veteran journalist and water expert Mr. B.G. Verghese agrees, adding that while India can go ahead with Kishenganga, it has to maintain a certain minimum flow for Pakistan. As for Pakistan’s concerns on the Baglihar award of Neutral Experts, in which India had been allowed to use modern technology to flush the filth from the river by lowering the dead storage, Mr. Verghese says that Pakistan appealed against the decision as it felt that this was setting a wrong precedent. However, the final verdict will indicate how much water India should release for use by Pakistan for its own Neelum-Jhelum project. 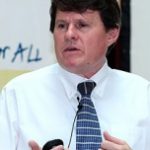 International water expert John Briscoe acknowledged that the Court’s decision is consistent with the Indus Waters Treaty, which has a specific annex on exactly this case. He believes it was always clear that the ICA *would rule in India’s favor on this issue and it did not make sense for Pakistan to take this case to the Court only to lose again as it did with Baglihar, as it would only reinforce the Indian view that Pakistan’s objections to its projects were not valid. 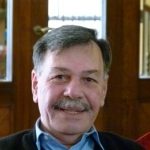 Former Ambassador Shafqat Kakakhel thinks that the partial award allows India to divert water for the Kishenganga hydro-power project but it will have to maintain a minimum flow of water in the river at a rate to be determined by the Court in its final award on the basis of data provided by both countries. The Court is evidently keen to ensure that the Indian project does not jeopardise Pakistan’s priority needs from this western river. Hopefully, despite Pakistan’s inability to begin work on its project which was approved in 1989 until 2004-6, the quantity of water prescribed by the Court will be adequate for the envisaged amount of electricity generation by the Neelum-Jhelum project. 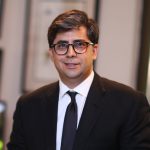 Eminent lawyer and columnist, Feisal Naqvi, believes that the ICA has taken a reasonable and balanced view in relation to diversion and thereby accommodated the rights of both sides. India’s right to divert in the particular context of Kishenganga is expressly recognized by the Indus Waters Treaty. The issue with respect to diversion was always the quantum of permissible diversion, and not whether India could divert. The ICA has indicated that its final award will provide clear limits on India’s ability to divert, which limits will take into account both environmental concerns as well as Pakistan’s planned downstream usages. Given what India was offering earlier which he claims was nothing, this marks a substantial victory for Pakistan.

On whether water-sharing between the two countries will be impacted, Mr. Ramaswamy Iyer believes that the issue stands settled by the IWT 1960. Water diverted from the Kishenganga will be returned to the Jhelum via another tributary, so water-sharing is not affected.

Mr. Verghese shared the same view, saying that India is entitled to divert water but it cannot do it in a manner that [causes] harm to Pakistan. The water-sharing agreement is in the main Treaty under which India is allowed to use 3.60 million acre feet of water in its part of Jammu and Kashmir so it is within that entitlement, he added.

Mr. Briscoe held the view that although Pakistan had lost the battle, it had won a far more important war. The Baglihar verdict of the Neutral Expert effectively allowed India to construct projects with large amounts of manipulable storage thus eliminating the structural protections for Pakistan which were the cornerstone of the IWT. The Kishengaga verdict of the ICA reverses this conclusion and does not allow India to construct projects with large manipulable storage. This finding, if ratified in the final ICA verdict, will affect all future projects in India on the Indus, Jhelum and Chenab, and is far more important for both India and Pakistan than the one-off finding on Kishenganga.

Amb. Kakakhel stated that the ICA decision will not alter the water-sharing arrangements stipulated in the IWT. The ruling on the impermissibility of reducing the water level below the Dead Storage Level in the reservoirs of this and future run of the river hydropower plants built by India on any western river is a significant gain for Pakistan.

Pakistan), said Mr. Naqvi. This is because the diverted water flows into Wullar Lake and from there into the Jhelum (which flows back into Pakistan). The real impact of the Kishenganga decision is in relation to the question of design, where the ICA has held that India cannot justify low-level outlets in its dams on the grounds of sediment control. This is a major decision in favour of Pakistan which will affect the design of all future Indian projects on the Western Rivers. By rejecting the reasoning of the Neutral Expert in Baglihar, the ICA has not only protected Pakistan’s legitimate security concerns but has also restored the balance originally contained in the Treaty. (Also read Feisal Naqvi’s Policy Brief ‘A Time of Peril’ (2012) on the Baglihar Arbitration, authored for Jinnah Institute)