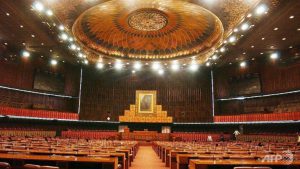 With Pakistan’s historic general elections held over the weekend, political party manifestos have come under greater scrutiny among voters, policy experts and media commentators. On foreign policy, there are broad areas of convergence reflected in party manifestos, many of which advocate the parliament’s supremacy in a policy sphere traditionally controlled by the military. There is talk of trade with India, better relations with Afghanistan and regional neighbours, in addition to resetting the relationship with the U.S.

The Pakistan Muslim League-Nawaz (PML-N), which has won a landslide victory in the general elections, promises a non-aligned policy based on independence and sovereignty of the State over issues of defense and foreign affairs. The PML-N stands for a peaceful and negotiated settlement of all outstanding issues with India, including the Jammu and Kashmir dispute, and the party has also displayed an eagerness to normalise relations with India via increased trade with New Delhi.

The Pakistan People’s Party (PPP) manifesto had promised that its government would  work with Pakistan’s neighbours and allies to build a strong and stable region, focusing on trade, economic partnerships, trans-regional and intra-regional agreements.

The Pakistan Tehrik-e-Insaf (PTI) underscores an independent foreign policy that builds relations on the basis of dignity and self respect; one that benefits the common masses and helps achieves prosperity. Emphasising on the need for peaceful negotiations on external issues, the PTI seeks regional integration with Afghanistan and India, and a relationship established on the basis of self respect with the U.S.

The Jamiat-ul-Ulema-e-Islam-Fazl (JUI-F) manifesto stated that the party would review the country’s foreign policy if it came to power, adding that previous rulers have been running the State under foreign dictates. The party has strongly spoken out in favour of talks with the Taliban in Afghanistan and a cessation to violence in the country.

The MQM’s foreign policy calls for a peaceful resolution of the Kashmir conflict, among other demands.

Foreign policy is expected to be a bugbear in Pakistani politics and it remains be seen how political parties fine tune their differences to make their ambitions materialise. In this backdrop, Second Opinion asked foreign policy experts what the incoming government should prioritise over the coming months.

Dr. Rifaat Hussain, Visiting Professor, Center for International Security and Cooperation, Stanford University, argued that the new government should pursue a policy of ‘bilateralism’, defined as amity towards all and animosity toward none, and that Pakistan’s national and public interests should be the driving force of this policy. He argued that Pakistan must ensure that its policies truly safeguard its national sovereignty, independence and territorial integrity, in addition to creating international conditions that are conducive to the realisation of citizen’s welfare.

Relations with India would be critical for the new government, according to Dr. Hussain, because of the long history of conflict between India and Pakistan. “Opportunity costs for maintaining antagonistic relations with New Delhi have to be thought through,” he advised and recommended that Pakistan should enunciate a policy of nuclear last resort and give up supporting violence directed against India by Jihadi militant organisations. Furthermore, Pakistan should make every effort that its territory is not used for carrying out violent acts against its neighbours. Such commitments must be reciprocal, he pointed out, and enshrined in a policy document to be jointly signed by both Islamabad and New Delhi.

Dr. Hussain advised that the new government should pursue a policy of peaceful coexistence with Afghanistan and cease claiming any special rights in that country. In his view, Pakistan should try to have a non-aligned Afghanistan and fundamentally commit itself to a peaceful, stable and secure Afghanistan.

He also proposed that Islamabad should prevent the emergence of a hostile axis of Washington-New Delhi-Kabul against itself. This necessitates isolating areas of friction and pursuing cooperation with Washington, he advised, adding that Pakistan should stop treating the U.S. as an enemy country in terms of public perception and recognise the limits of American influence in Pakistan. “America is a global player and Pakistan must ensure that it does not end up on the wrong side after the 2014 American withdrawal from Afghanistan,” he cautioned, underscoring the need to “turn inward” and build its economic strength. “Pakistan should give up the illusion of a special relationship with United States and treat American policies in the region on merit…such a strategic rethink is long overdue,” Dr. Hussain stated.

Samina Ahmed, South Asia Project Director for the International Crisis Group, recommended that the new government’s priorities should focus above all on normalising relations with neighbouring India and Afghanistan. She argued that it was not only essential to implement pledges made to fully normalise economic ties with India, but that the new government must also take steps, with some urgency, against anti-India oriented jihadist groups. She noted that any steps taken to expand economic ties and to improve bilateral relations could be derailed should another major terror attack take place which is traced back to Pakistan. With the 2014 deadline for the end of international combat operations in Afghanistan drawing nearer, Samina Ahmed pointed out it was in Pakistan’s interest to clamp down on cross-border attacks, which would only be possible if the new government has the capacity and the political will to shut down insurgent safe havens. According to her, this would not only help stabilise Afghanistan but would also bear counter-terrorism dividends for Pakistan by preventing home-grown militants from using Afghan soil to attack Pakistani targets. Ensuring a cordial and mutually beneficial relationship with the U.S. should be a key priority for the new government according to her, given Pakistan’s dependence on U.S. support for assistance from the IFIs, as well as U.S. diplomatic support for a continuing and sustainable democratic transition. But that relationship too will depend on the new government’s willingness and capacity to deny havens to violent extremists on its territory. She admitted that this was an uphill task but one that would have to be addressed, not just to assuage U.S. security concerns but also because of Pakistan’s own security dilemmas, evident in the spike and increasing reach of anti-state actors countrywide. 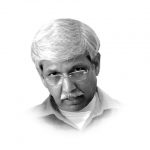 Defence Analyst Air Vice-Marshall (retd) Shahzad Chaudhry noted that all three countries – India, Afghanistan and the USA – have a very special relationship with Pakistan, and that relations with these three shall be of the highest priority for the new government.

He recommended that Pakistan should engage with Afghanistan for developing a blue-print for peace in Afghanistan. Whatever mutual responsibilities exist must be identified and a line of action developed with frequent recourse to share progress. Trade and control of smuggling across the border should be simultaneously tackled after understanding on key issues is developed between the two nations. He stressed that both nations must commit not to let their soil be used by any group or force to interfere, subvert or attack the other neighbour. In his view, pipeline diplomacy for the region to transport oil and gas should become the binding linkage to develop and nurture interdependencies.

With regards to the U.S., AVM Chaudhry reasoned that Pakistan must build further on its bilateral ties and create mutual interests across the spectrum of full relations. According to him, Pakistan must work closely with America to develop and enact a blueprint of peace in Afghanistan and in the region as well as enabling and supporting America’s orderly withdrawal from the region. He pointed out that America’s concerns with extremism as the source of terrorism within the region were genuine and needed to be addressed in close coordination with them. “Creating positive triggers of socioeconomic activity, education and inclusion of the areas under strife” are necessary in his view, for which Pakistan needs American support. Trade and investment were the keys to a sustainable relationship and need to be strengthened and reinforced, he said.

Pakistan’s relations with India were “plagued by both history and geography”, AVM Chaudhry observed, adding that working with India could unleash the great potential of economic progress between the two neighbours, but “pettiness rather than statesmanship” tends to dominate the execution of this complex relationship from both sides. He felt that such attitudes were now entrenched in societal response and explained how media, especially in India becomes a negative contributor to such disposition. Without resolving the vexing issues of Kashmir, Siachen and Sir Creek, AVM Chaudhry felt it was impossible to “break the logjam of infertility in ideas and the latent potential that remains unrealised in terms of collaborative projects in education, environmental improvement, ecological sustenance, water sharing and preservation, poverty and disease elimination and trade and investment.” 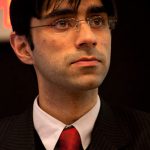 Moeed Yusuf, Senior Pakistan Expert at the United States Institute of Peace noted that there seemed to be a growing interest in Western capitals about the implications the general elections will have on Pakistan’s foreign policy orientation. According to him, that interest is perhaps triggered by Pakistan’s self-acclaimed and much touted ‘strategic shift’ that has continued to receive attention in Western capitals (and in India and Afghanistan). He argued that the shift is only partially understood and there is no sense of whether it is likely to have any longevity.

Mr. Yusuf pointed out that Pakistan’s continuing civil-military disconnect on a number of foreign policy questions notwithstanding, a convergence had begun to emerge during the last PPP-led government. At its core, it entailed a subtle recalibration of the country’s regional outlook coupled with a status quo approach on relations with China and the U.S. The next five years are likely to see a consolidation of this trend, characterised by the following:

(a)   Positive movement with India, despite vocal and perhaps violent challenges from the right wing. The leadership of major parties seem to be fairly sanguine on Pakistan’s options, albeit there is a need to employ the correct “political jargon and face savers” to pursue this fully.

(b)  Pakistan’s Afghanistan policy could take one of two very different directions depending on what transpires in Kabul post-2014. The current desire, according to him, is to see Pakistan reduce its reliance on hardcore Islamist Pashtuns and open up with the Northern factions. However, there is also a parallel hedging strategy to be operationalised incase Afghanistan falls back into civil war.

(c)   Pakistan had for long been firmly in the Saudi camp – with all its attendant economic benefits and ideological repercussions. This has now begun to undergo some correction for two reasons. In his view, the ideological repercussions seem to have caught up with Pakistan and decision makers in Islamabad now seemed to be taking the Iranian option more seriously, despite Western opposition.

(d)  There is zero dissent on Pakistan’s all-weather friendship with China, despite the latter’s clear signalling that it would not bail Pakistan out with free handouts on a regular basis.  Despite this, future policy would continue seeking Chinese investment and increasingly use Beijing as a buffer against the geo-political squeeze Islamabad feels it is under.

(e)   More of the same with the U.S., as neither side can afford to alienate the other. He predicted more “lip service to decreasing dependence on the U.S.” in Pakistan, which will not come about as it entails forgoing the assistance that flows from Washington.