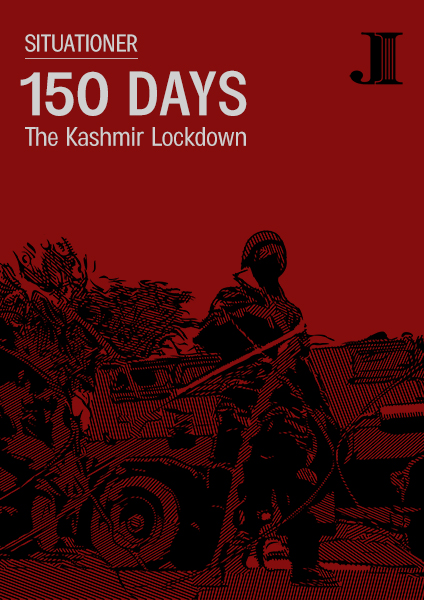 More than 150 days have passed since the inhabitants of Indian occupied Kashmir were stripped of normalcy in their daily lives. Life remains grim and the mood somber in the Himalayan nest. Despite intermittent ease in movement and restrictions, mosques remain closed, schools empty, businesses shut and several thousand Kashmiri leaders, men, women and children under arbitrary arrest.

The lockdown arrests and protests of Kashmir have now spread to several cities of India, where thousands of people have braved police brutality to protest against the citizenship which, like Kashmir, is designed to exclude Muslims in India. As the situation worsens in several cities, 72 companies of paramilitary have been shipped out of Kashmir to bolster police forces in Assam and UP, where curfew remains in place.

With the information blackout continuing, sparse information trickles out from the valley. Continuing oppression and political manipulation are being used as state tools to orchestrate a new political reality in Indian occupied Kashmir, one that remains removed from the sentiments of the majority of Kashmiris who continue to reject the abrogation of Article 370 and Indian rule. This essay knits together disparate news from Kashmir to understand the situation on ground four months into the Kashmir lockdown.