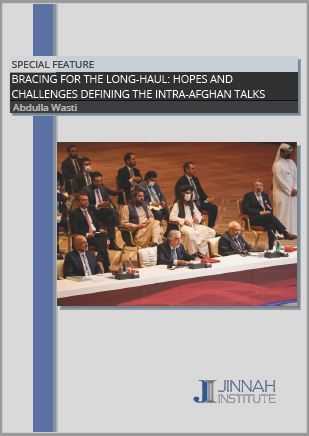 Bracing for the Long-Haul: Hopes and Challenges Defining the Intra-Afghan Talks

As the much-anticipated intra-Afghan talks take place in Doha, there is still a great deal of uncertainty surrounding the outcome of these negotiations. Is the Taliban’s ideology compatible with democratic norms? What will be the nature of US and international engagement in Afghanistan going forward? More importantly, in the scenario that these negotiations result in an agreement, what does the future of the Afghan government look like in terms of its structure? This essay aims to examine three key themes; 1) what are the main hurdles faced by the two parties during the current negotiations; 2) what would be the make-up of a post-settlement Afghan government?; and 3) what are the prospects for the Taliban transitioning into a predominantly political movement.

While the commencement of talks between the concerned parties is a monumental step, the eventual success of these negotiations is contingent upon several key issues being addressed. First, the future of the Afghan constitution and deciding who would have the authority to interpret and enforce what constitutes as Islamic will continue to be a matter of contention between the two parties. Second, the structure of a post-war government and the degree of centralisation of power is a subject that has the potential of dividing the Afghan government’s negotiating team, while the Taliban are yet to concretely define their views on the matter. Third, despite exhibiting some signs of political maturity, questions remain over the ability of the Taliban to transition into a political movement and embrace democratic norms. The situation is further compounded by stressors such as the escalating level of violence, departure of US forces, an economic crisis, and potential factionalism within the Taliban. These factors could jeopardise not just the progress of these talks, but also the viability of a peace agreement. Hence, this complex inter-web of hurdles calls for cautious optimism and a great deal of patience on part of domestic, regional, and international supporters of the peace process.