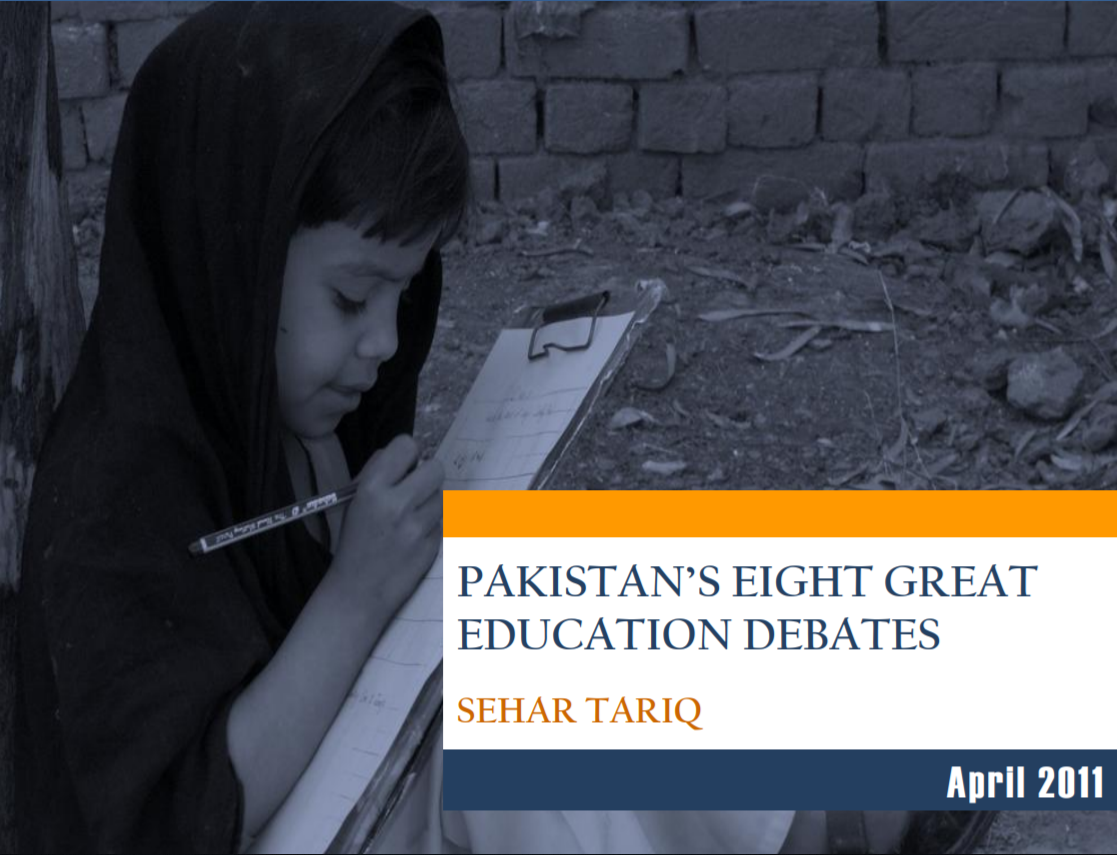 The Government of Pakistan has declared that the sector is in a state of emergency. However, what has been lost in popular debate is that there isn’t one education emergency to confront. The sector faces a multitude of emergencies; each one equally critical and crucial to the creation of an efficient and effective education system. If Pakistan is to achieve the miraculous turnaround in this sector that it needs, it needs to start with answering the following critical questions confronting the education sector today:

According to data from the last few years, while enrollment rates have been rising, retention rates have been decreasing. More children are enrolling in school but a smaller proportion of those enrolled are completing primary school. With schools unable to retain students already enrolled, should Pakistan seek to employ policies targeted at putting more children in school or trying to keep those enrolled in school for longer?

“Although all children in Pakistan may be enrolled in primary schools by 2015, many may complete their education functionally illiterate and innumerate.”[1]

After spending four years in the education system in Pakistan, at the primary level, the majority of students are unable to perform simple mathematical functions or utilize language skills effectively. Most primary and secondary schooling in Pakistan does not equip children with the levels of learning that would make them competitive in international or even local labor markets. Parents are willing to pay more for their children to attend a school where they feel the child will have access to better quality education. Should Pakistan work to increase access to education or direct energies towards improving the quality of education being providing by existing schools?

Pakistan’s education system and syllabi were carefully crafted to promote a sense of unity and nationhood derived from a common Muslim identity. Ironically, while trying to develop a sense of united nationhood through an imposed and imagined sense of religious unity, the Pakistani syllabus has ignored and failed to celebrate the religious and ethnic differences in the country. However, sectarian and ethnic tensions are on the rise and often resulted in violent clashes. Pakistan must debate whether it should continue to preach uniformity through textbooks or move towards acknowledging and celebrating the plurality of the Pakistani people?

The Academy or the Economy?

Pakistan’s population will grow by around 85 million in twenty years (roughly the equivalent of five cities the size of Karachi). The economy must grow by 6% a year to meet the needs of its growing population. 36 million new jobs are needed in just ten years. [2]

While the provision of employment is not the explicit duty of the state, a youthful population without access to employment or livelihoods, is likely to become a challenge rather than a dividend. Education planning must therefore map onto economic priorities and directions. The construction of schools that can deliver quality education is of paramount importance but should this education be purely academic or should we take a more realistic view of our economic needs and integrate technical and vocational education with regular schooling?

Over the last 30 years, Pakistan has seen a rapid increase in the number of private schools, particularly in the rural areas.[3] Increasingly, parents in both rural and urban centers have opted out of sending their children to government run schools in favor of local private schools. The increase in popularity of private schools is positively correlated with the decline in the public school system. Should Pakistan invest its energies in outsourcing the provision of education to the Private sector and slowly outsource the control of the public sector to them as well?

The creation of non-physical educational infrastructure is a highly specialized field. Its implementation, however, is largely dependent on non-technical politicians and bureaucrats. Should education sector reform be left to the technical specialists or spearheaded by political and bureaucratic actors?

[2] Next Generation Report by The British Council Pakistan, 2009