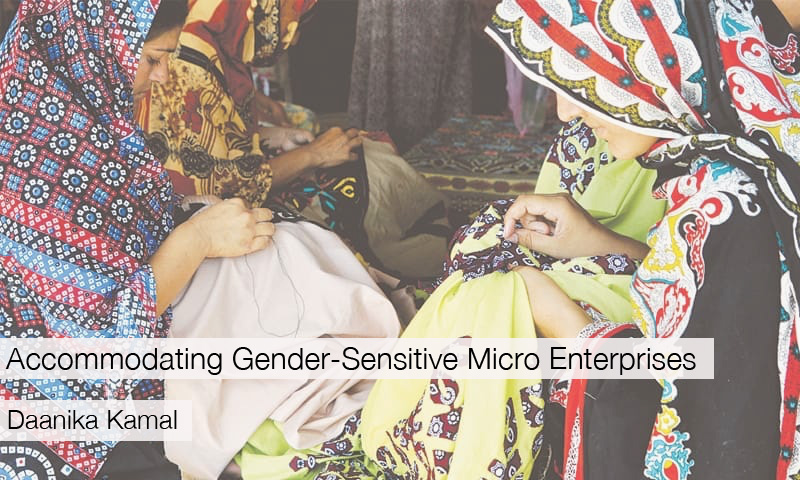 The 2007 Small and Medium Enterprises (SME) Policy defines SMEs as all enterprises that employ less than 250 people and make an annual sum of under 250 million rupees. However, a recent study estimates that 84 per cent of SMEs have less than 20 employees, with 99 per cent having assets worth less than 1 million rupees. The majority of upcoming women entrepreneurs employ less than 10 people on average, have low financial turnover and minimal high valued assets. They increasingly rely on technology to navigate social media, market their products and often run home based businesses. The structure of these mushrooming women-led concerns warrants that they be viewed through a gender-sensitive micro enterprise lens, instead of being clubbed under the SME Policy by default. Under the present policy, enterprises in the former and latter clusters (although institutionally different) are subject to the same regulations and compete for access to the same finances and resources; ultimately retaining micro enterprises at a disadvantage. To accommodate women entrepreneurs, there is a need to shift policy focus from Small and Medium Size Enterprises (SME) to Micro and Small Enterprises (MSE).