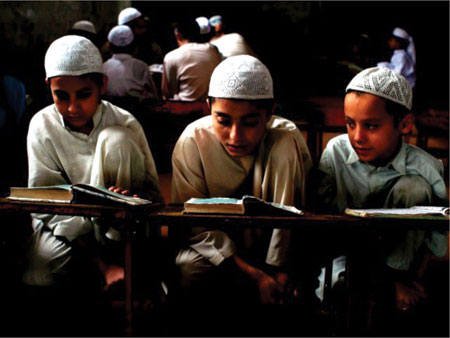 Policy Brief: Another Approach to Madrassa Reforms in Pakistan

The rise of extremism and intolerance in Pakistan over the decades, not just in the militant periphery but in mainstream society too, has been promoted by a number of factors. A critical one among them is the system of education in the country – several studies, including the Jinnah Institute’s policy brief ‘The Continuing Biases in Our Textbooks’, (April 30, 2012) have shown how the textbooks developed by the public sector are inculcating a parochial and narrow outlook in students. Jinnah Institute’s brief made several recommendations to curb this worrying trend, including effective reform of the madrassa (religious seminary) system. While a small percentage of students enrolled in Pakistani schools attend madrassas, their socio-political impact is disproportionately high given that some of them are churning out graduates that take up arms against other sects, minorities and the state.

This paper will expand on the recommendation for madrassa reform, looking at the ways in which this can be achieved, and making the case for undertaking such measures in Pakistan.. It will first survey recent attempts at madrassa reforms, which unsuccessfully relied on the use of contested administrative and financial regulation measures, or else tried to include secular education in madrassa syllabi. The paper argues for a more innovative, curriculum-based approach, relying on Islamic knowledge itself to infuse more tolerance within madrassa teachers and students.