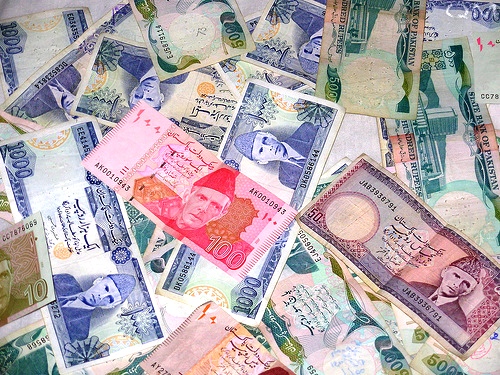 It is that time of the year again, when the Pakistan secretariat becomes the epicenter of budget activity. Each year the budget exercise follows a pre-set routine that is not much different from the previous years. Projected revenues are often overestimated; expenditures underestimated and priorities misplaced with some items on the spending side not recognized at all. Viewing the budget-making process as a mere accounting exercise, loses out on the valuable opportunity for economic reforms, trade promotion and prudent debt management.

Let us take a glimpse at Pakistan’s economy. The real GDP growth rate stands below 4 percent and the real employment and industrial growth under 2 percent, while population growth stands at around 3 percent. The country also faces a huge current account deficit with debt services taking up almost 40 percent of the revenue earnings. In fact, in order to contain the budget deficit, the government plans to borrow an extra Rs. 700 billion in the next financial year, implying a 25.3 percent jump that is twice as much as targeted in the previous financial years (2001-11). The overall economic crisis is worsened when coupled with falling investments in human capital; depletion of state sector education; health; law and order; infrastructure facilities and an acute energy crisis with no immediate or medium term solution. More recently the country has also seen a virtual collapse of state enterprises, primarily the essential utilities like railways, electricity and water supply. Needless to say fiscal deficit, increasing inflation, energy crisis and debt servicing will remain the key challenges in forthcoming budget 2012-13. To most it would almost seem as if policymakers and political leaders are unaware of these grave realities.