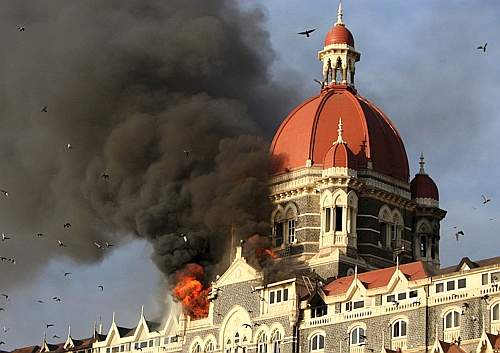 Two years after the November 26th attacks in Mumbai, the trial of the accused mastermind of the attacks continues in Pakistan. As with any trial, the outcome will not be decided by political will, but by legal procedure. The Pakistani government can push the prosecution but cannot control the script of the trial proceedings, nor can it guarantee the ‘outcome’.

Pakistan has shown serious resolve to bring the accused of the 26/11 attacks to justice. An FIR was registered and the concerned suspects immediately arrested. Despite reservations on part of the government of Pakistan (GOP) that speeding up the trial would compromise the process of collecting evidence from overseas, the indictment (challan) was submitted in court due to mounting Indian pressure.

The GOP did what it could: a Special Judge was appointed, and the services of a renowned criminal lawyer, Mr. Rab Nawaz Malik, were engaged as special prosecutor. Malik’s appointment was made prior to the formal initiation of the trial, presumably to guide the investigators in collecting. Unfortunately, he passed away recently.

The proposed list of witnesses is nearly 100 people from whom depositions are required on various aspects to support the charges. The GOP has also ensured that the trial shall take place within the secured facility of a jail, so that there are no other judicial assignments or courtroom distractions. The Government has also strongly contested applications for acquittals that were moved in the High Court.

The accused haveacquired the services of Khawaja Sultan Ahmad, a formidable defense lawyer. He has already made moves that will eventually weaken the prosecution’s version. The other co-accused have hired good criminal lawyers as well which means that even if the trial proceeds at a normal pace, cross examinations by each lawyer of every witness of the prosecution could indefinitely stretch the trial proceedings.

It should be kept in mind that Pakistan is prosecuting the accused primarily for a charge of conspiracy, only of the main offence that was committed outside Pakistan. The Offence of Conspiracy in a transnational crime is always the most difficult charge to be prosecuted independently. In Pakistan, out of twenty-one recently reported cases of charges of conspiracy, only two received convictions and that too for a shorter sentence.

Further, there will be two rounds of appeals up to the Supreme Court of Pakistan which will take its own time. It is worth noting that in India, the accused in the 2001 Indian Parliament attacks, Afzal Guru was on trial for over four years, from the framing of charges to the final trial in the Indian Supreme Court. Any criminal trial, fulfilling the requirements of due process of law, takes about three to five years, even if fully expedited.

Ideally, the Indian leadership would appreciate the complexities inherent in a high-profile trial, and salvage the derailed peace process. Conversely, if India continues to link the commencement of the peace process to Pakistan’s ‘seriousness’ (read: speedy, guaranteed conviction), then the Pakistan-India dialogue is not likely to start for quite some time. However, that may be changing as both sides should try to bring some flexibility to the table.

A major shift in the Pakistani establishment?

People privy to the deliberations within the Pakistani establishment after the Mumbai attacks insist that there was a monumental change in their approach compared to the attack on the Indian Parliament in 2001. At each step — be it to register a case and arrest people — there was debate and discussion and all stakeholders were present: the Inter-Services Intelligence (ISI), the Interior Ministry, the Foreign Office, and the Punjab government. There was a conscious decision to do something. This is in stark contrast to the “denial mode” of the GOP after the 2001 attacks on the Indian Parliament. If terrorism from Pakistan had been spilling over, at that point there had been little interest to change anything.

In November 2008 the PPP government in Pakistan was still in its first year. . Registering the FIR was a big step, as was the arrest of seven suspects. It went unnoticed, but for the first time the establishment did not obstruct any arrests.. The GOP could have released them under watch till evidence was gathered; if “window-dressing” was all that was intended, then no arrests were needed. When the public prosecutor submitted the case in court, the Government admitted that in its opinion the accused were guilty. This statement represented a major policy shift in dealing with non-state actors.

Dossiers given by India are inadmissible:

A substantially misunderstood fact is that the dossiers provided by India on the case are inadmissible. Each time a dossier was handed over to Pakistan, the Indian Government publically announced that it had provided full cooperation to Pakistan and that the ball was now in their court. In reality, the Pakistani prosecution cannot use the dossier because the material and documents provided were not collected in accordance with domestic law of India. India only recently made statements conceding the inadmissibility of the dossiers, long after the pressure tactics placed on Pakistan.

Duration of the Trial

Ajmal Kasab’s one-man trial took seventeen months in India, expedited no doubt by the proximity to the place of the crime. Whereas in Pakistan there are seven accused and their lawyers; and nearly a hundred witnesses, each of whom will be separately cross-examined. It is unrealistic to expect Pakistan to expedite the trial further under these circumstances.

Another spanner in the works is the demise of the state’s “most competent prosecutor,” Mr. Rab Nawaz Malik. Legal circles had interpreted his appointment as another attempt by the state to demonstrate its seriousness in pursuing the case as he was not from the regular panel of prosecutors. His death is a setback for the prosecution and could cause further delays.

Both countries lack the technical and legislative capacity to try a trans-national crime that transcends more than two countries. Trans-national crimes have different legal dynamics and, unfortunately, India and Pakistan do not have much experience in dealing with such offences. Even if they had, it is always a difficult crime to prosecute.

Generally, trans-national crimes are tried at one venue and all evidence is brought to that court. Most European countries have Mutual Legal Assistance (MLAs) mechanism in place to deal with such crimes. Evidence travels from one country to another on the conveyor belt of MLAs. Even if India and Pakistan were to sign an MLA, courts in both countries do not consider treaties as part of domestic laws, which is why the dossiers given by India to Pakistan are inadmissible.

A possible way out of this stalemate is to allow the Pakistani investigators access to witnesses and place(s) of occurrence. This would require Indian witnesses to depose in Pakistan’s courts. Or, alternatively, provisions of Chapter XL of Pakistan’s Code of Criminal Procedure (CrPC) could be invoked, which provides for setting up a commission to record Kasab’s testimony as a witness and cross-examine him in India.

All this requires operational cooperation, which has been missing from the beginning. Conspiracy cases are difficult to establish under the best of circumstances: the crime for this case was investigated in Mumbai, while the trail for conspiracy took place across the border. While the atmosphere of greater cooperation comes as a welcome change, the result of a joint investigation will still not be admissible as domestic laws are not in place.

The retraction of the confession of Ajmal Kasab, the lone surviving gunman from the Mumbai attacks, further weakened and complicated the prosecution’s case in Pakistan. It was on the basis of the said confession that Hafiz Saeed was implicated. An Indian court sentenced Kasab to death in September 2010.

In the last decade the United Nations Security Council has passed several resolutions under Chapter VI of the UN Charter. These resolutions can be divided into three broad subject categories:

• Resolutions addressing the issue of terrorism

Under each set of these resolutions, UNSC has established monitoring committees. Thus, we have an Al-Qaeda/Taliban Sanctions Committee, which was primarily established under UNSCR 1267 (1999). Then there is a Counter Terrorism Committee (CTC) established pursuant to UNSCR 1373 (2001) and lastly, a non-proliferation committee established under UNSCR 1540 (2004). It must be clarified that the CTC and the non-proliferation Committee do not maintain any list. This is because there is no consensus on the definition of a terrorist and it is politically not possible to prepare a list of global terrorists with consensus.

Osama Bin Laden and Al-Qaeda are recognized as terrorist entities through the UNSC Resolution itself. The Al-Qaeda/Taliban Sanctions Committee also maintains a list of persons, entities and organizations that are associated with Al-Qaeda, the Taliban or Osama Bin Laden. The names of Jamaat-ud-Daawa (JuD) and Hafiz Muhammad Saeed have been put on this particular list, also known as the ‘Consolidated List’. The legal basis for inclusion on the list is known association with the Taliban and/or Al-Qaeda, which means some evidence has been produced. JuD denies this evidence and says it has no links with the terrorist groups.

The question then is whether JuD and Hafiz Muhammad Saeed can seek their de-listing? Yes, they can. There is a detailed procedure under UNSC Resolutions along with proper de-listing guidelines. The appeal process would have to be addressed to the United Nations, and Jamaat ud Daawa and Hafiz Muhammad Saeed can establish that they have no link with Al-Qaeda or the Taliban.

However, once any names have been put on the Consolidated List, the GOP stands legally compelled to take measures against JuD and Hafiz Muhammad Saeed. UNSC Resolutions 1617 and 1822 direct states to seize accounts and property; restrict movement, and ensure an arms embargo, amongst other restrictions. The countrywide crackdown on JuD is in compliance with Pakistan’s legal obligation under UNSC Resolutions. If the Government relents in taking law enforcement action as prescribed in the UNSC Resolutions, it shall be viewed as a non-compliant state with much more serious consequences.

It must be pointed out that Pakistani policymakers have been negligent of the serious implications of UNSC Resolutions and have remained totally indifferent to a constant UN monitoring of Pakistan through various committees and sub-committees and have also failed to discipline forces and entities within Pakistan in accordance with changing international rules. One should also point out that even the Madaris and religious organizations all over the country have been negligent about the impact of UNSC Resolutions that directly influence their conduct.

These entities have been dismissive of international law, and religious scholars have remained focused on religious education instead of taking into account the fast changing international rules as well as environment. Because of this collective negligence, people in Pakistan are feeling the shock of this sudden development. Some attribute it to the strength of Indian diplomacy, some to other international pressures. Whatever the case, such instruments are routed through well disclosed legal instruments, which then create binding obligations which the country has no choice but to comply with. This is the situation as it stands today.