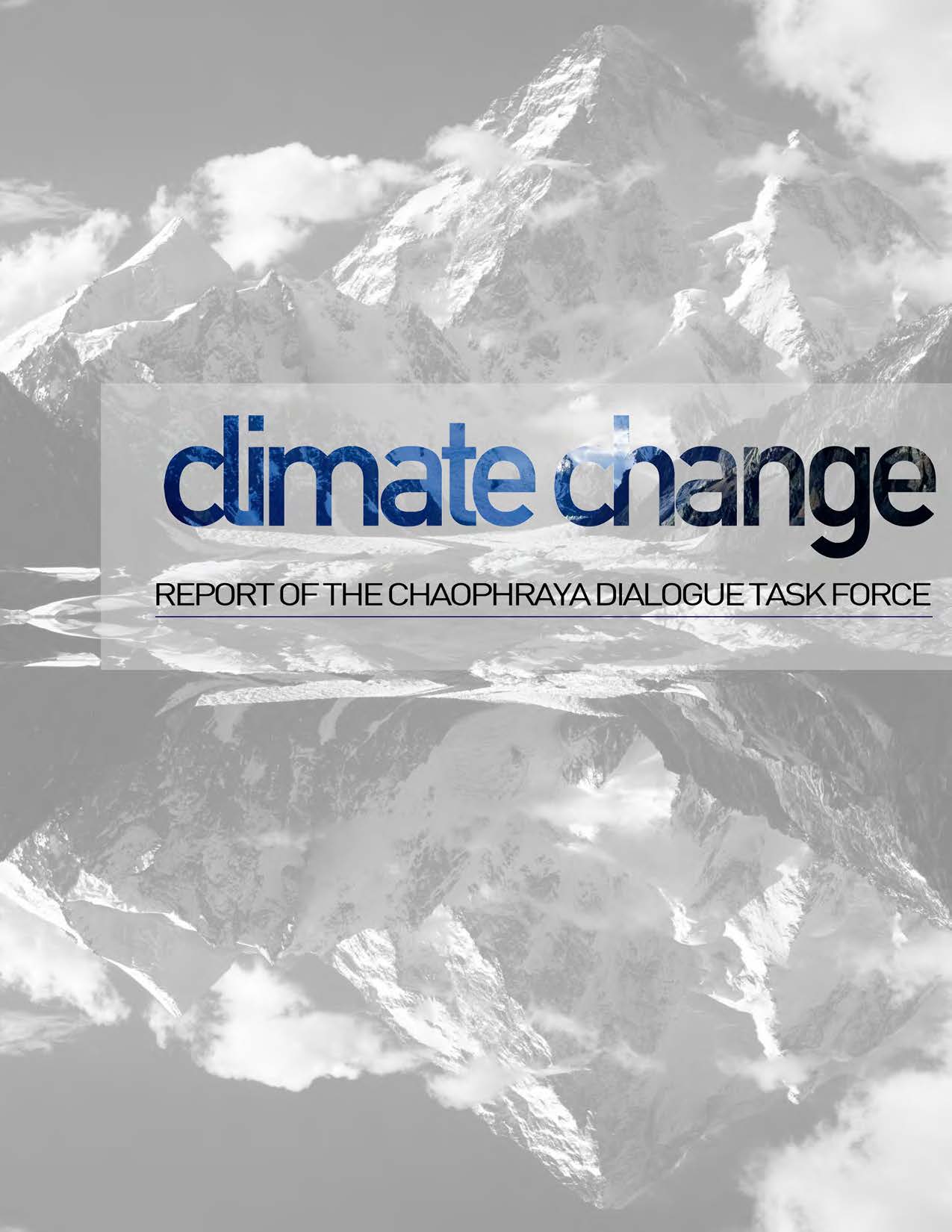 ‘You can partition land, but you cannot partition the monsoons, aquifers, the Himalayas or consequences of climate change’

The Task Force on Climate Change was established by the conveners of the Chaophraya Dialogue, a joint India-Pakistan Track II initiative, and from a realization of the critical impact of the adverse impacts of climate change and environmental degradation on the existing regional fault-lines in South Asia.

Over the years, the Chaophraya Dialogue has primarily aimed to give informed members of the strategic communities in both India and Pakistan an opportunity to interact with each other on a sustained basis. Undertaken by the Melbourne-based Australia India Institute (AII) and Islamabad-based Jinnah Institute (JI), the process has so far led to twenty rounds of dialogue and is now completing its seventh year.

The idea to convene two policy Task Forces was first raised in 2014. Given South Asia’s natural vulnerability to the pressures of changing monsoon patterns, rising sea-levels and other effects of climate-change, the need for a sustained working group of climate change experts from India and Pakistan to devise policy recommendations was keenly felt. Ahead of the 21st U.N. Conference on Climate Change in Paris in December 2015, the mainstay of this Task Force was to identify shared challenges of trans-boundary water sharing, aquifer protection, food insecurity, glacial melt, and wildlife conservation; bypass strategic differences to find common ground; and to generate recommendations for potential collaboration that could gradually be mainstreamed into public discourse and taken up by policymakers on either side in a bid to bolster South Asian responses to climate change.

The Climate Change Task Force brought together a senior body of experts from India and Pakistan over the course of eight months to meet and engage in Bangkok and Colombo, and work on their respective chapters geared towards addressing climate change challenges in both countries.