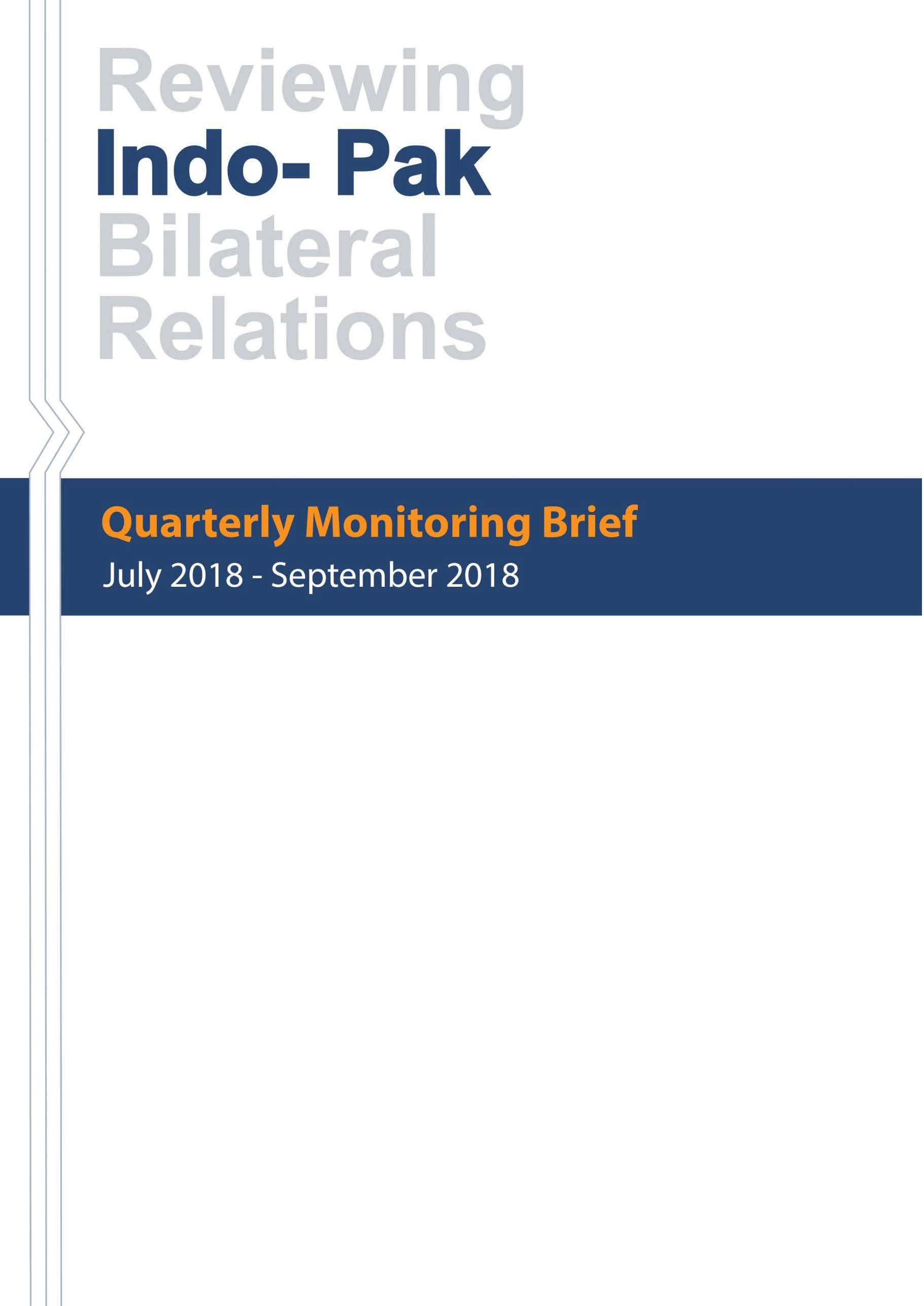 Despite a hopeful start to the quarter, Indo-Pak relations ended on a hostile note after India cancelled a scheduled Foreign Ministers’ meeting at the sidelines of the UNGA and engaged in threatening rhetoric calling for renewed escalatory action along the Line of Control.

Pakistan’s general elections were held in July and Pakistan Tehreek-i-Insaf was voted into power. In his victory speech, Khan expressed the new government’s eagerness to engage in bilateral trade with India and resolve the Kashmir issue through dialogue. This friendly overture was soon overshadowed by a faux pax by the Pakistan Foreign Office where it claimed that Modi had offered to start a dialogue between the two countries. The Indian government denied any such invitations. Pakistan’s Foreign Minister, Shah Mehmood Qureshi had to retract his statement.