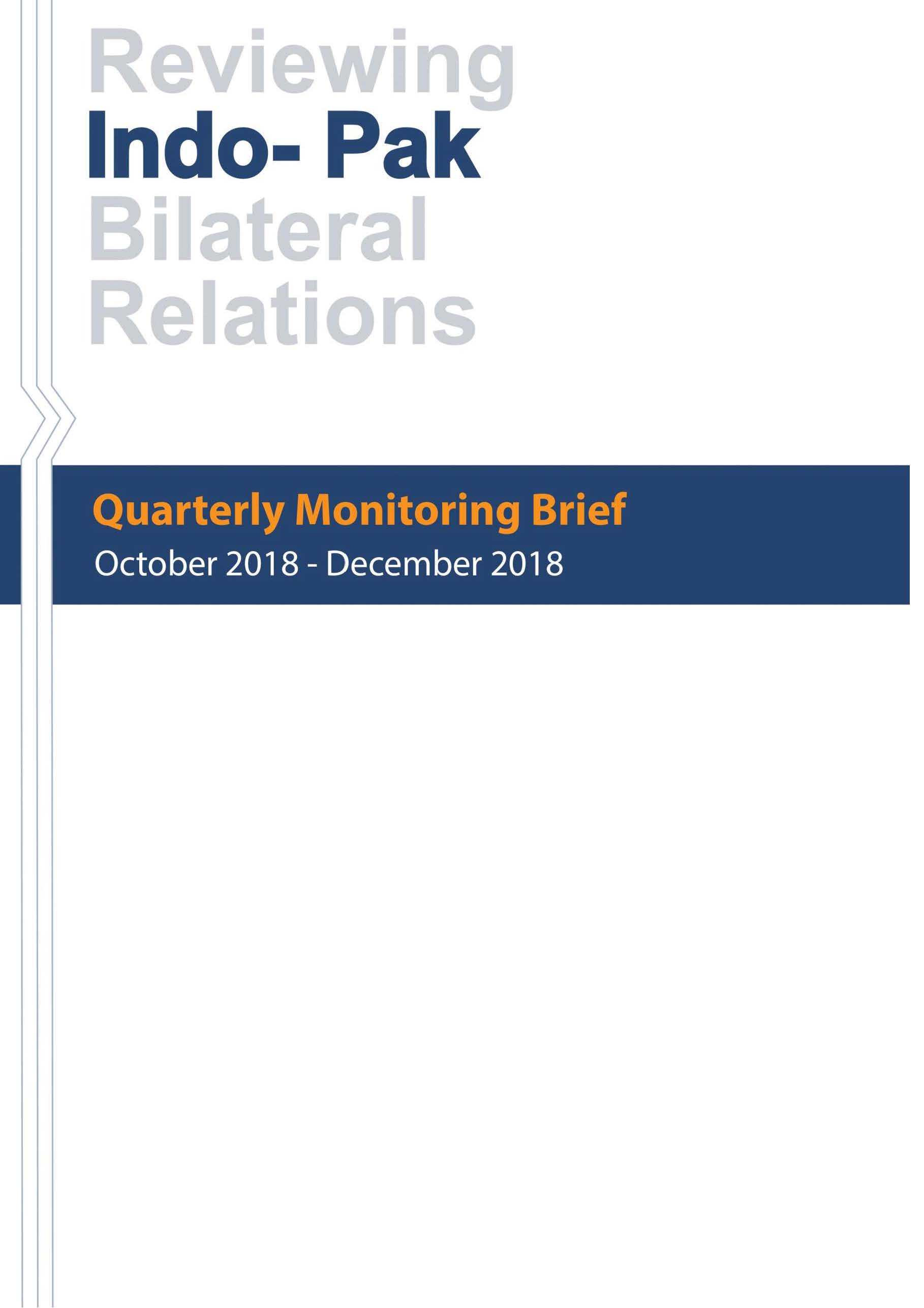 Hostile statements from India and Pakistan continued in the last quarter of 2018 as ceasefire violations continued at the Line of Control and bilateral relations remained tense. Perhaps the most significant development under the new government of Prime Minister Imran Khan was the offer of opening the Kartarpur corridor for Sikh pilgrims.

The quarter began with a controversy about Azad Jammu and Kashmir’s Prime Minister, Raja Farooq Haider’s helicopter and whether it strayed over the Line of Control. The Indians claimed that it did, and consequently the Indian Army reportedly fired at the helicopter. Pakistan rejected these claims, passing a unanimous resolution in the National Assembly condemning the attack on a civilian helicopter.

India’s Union Home Minister and Army Chief continued to release belligerent statements threatening another surgical strike across the Line of Control. Pakistan’s DG ISPR said that Pakistan will respond to a single surgical strike from the Indian side with one of its own. Warmongering between the two sides continued as Home Minister Rajnath Singh performed a “worship of weapons” at the Indo-Pak border, an unprecedented move by any Union Minister or senior member of the government. The Indian Army Chief Bipin Rawat also made a statement calling for the secularization of Pakistan after which India would consider dialogue. Pakistan’s Foreign Minister rejected such an idea, and said that Pakistan would remain an Islamic state. The Foreign Office also rejected India’s allegations of border infiltration and sponsoring terrorism as propaganda.