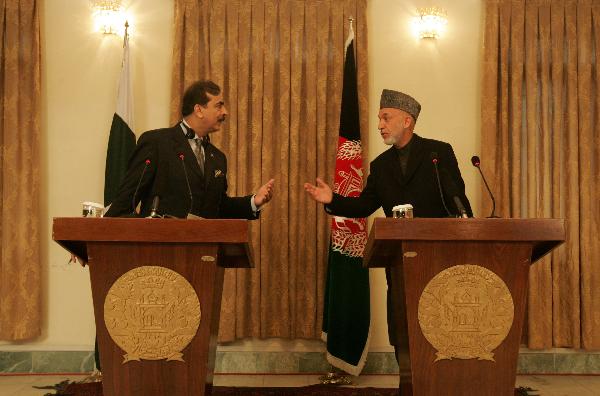 Cross Border Incursions across the Pak-Afghan border: Destabilising the Equation

The July 24th attack into Bajaur Agency marked the latest cross border attack by militants from Afghanistan into Pakistan. This attack comes on the heels of several such incidents since April-June 2011, where Pakistani security infrastructure and personnel have been attacked. The majority of attacks have been focused predominantly on the Pakistani regions of Upper Dir, Lower Dir, Bajaur and Mohmand. Some of the earlier attacks lasted more than one day, caused several casualties on the Pakistan side, and used sophisticated arms and ammunition not available to Taliban insurgents in Pakistan. It is widely believed that the Pakistani Swat based Taliban led by Maulana Fazlullah, which suffered near- annihilation during the 2009 Pakistan Army Rah-e-Raast operation, have recently re-grouped in the mountainous Afghan provinces of Nuristan and Kunar, which border Upper Dir, Bajaur Agency and the Mohmand Agency of Pakistan, and are active in such attacks. With some redeployment of coalition forces from the border towards population centres in Nuristan and Kunar, it seems that a new corridor of space in eastern Afghanistan has become availablefor such militant groups to move about with impunity in the area, reversing some gains made by Pakistani forces on their side of the border.

This particular kind of warfare, with its high grade weaponry and audacity, is now in play frequently along the Pak-Afghan border where attacks have taken their toll on both Pakistani military personnel and civilians, racheting up the security challenges faced by post-OBL Pakistan, adding tension to the borderline toxic Pak-Afghan bilateral relationship.

These attacks are typically carried out by a large numbers of militants from Afghanistan, often in the hundreds, on remote tribal villages or government check posts of FATA and Khyber Pakhtunkhwa.

In an attempt to resolve border issues between the two neighbours a meeting was held in Peshawar on July 7th between the military leadership of Pakistan, Afghanistan and the US. Their primary goal was to establish a workable strategy for operations along the border to address Pak-Afghan grievances and the issue of border incursions. The Pakistan army proposed a three-tier mechanism to secure the border which included a direct hotline and recommended more frequent Border Flag Meetings between local commanders and jirgas as well as between the  Maliks of bordering villages living on both sides of the border. Many of these recommendations are yet to to be enforced in the current security flux on the Afghan side. As a result, despite high-level diplomatic initiatives by Pakistani President Zardari in Kabul, tripartite efforts to reduce cross border incursions, militants from Afghanistan continue to attack targets inside Pakistan.

Islamabad’s desire to see Afghanistan stabilise is also clearly reflected in worry about such a fallout during the transition period, absent a strong unifying political equation led by Afghanistan itself. The worry is that If cross border attacks continue, it will de-stabilize the region further, compromise Pakistani military operations in the tribal areas, and escalate hostilities between Kabul and Islamabad. Tactical mechanisms to curb such hostilities must accompany the high-level diplomacy Presidents Zardari and Karzai have currently been engaged in to dampen the uptick in hostile high-level exchanges between Afghanistan and Pakistan. If this level of conflict continues to heat up the Durand Line, the entire security transition and political process leading up to the Bonn conference will be damaged. Chances of political reconciliation will recede even further as field hostilities overtake diplomatic exchanges.