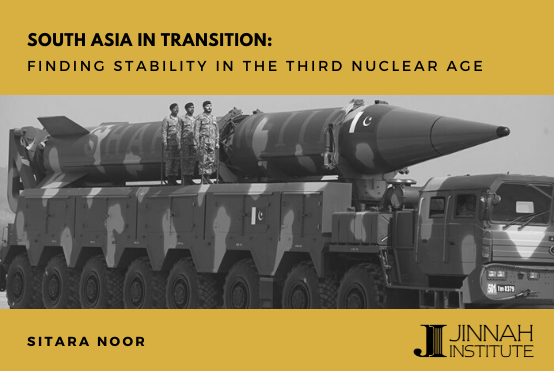 The month of May marked 23 years since Pakistan and India tested their atomic bombs and gatecrashed the nuclear club. Commemorated as Yaum-e-Takbeer in Pakistan and National Technology Day in India, the anniversaries of the nuclear tests usually draw statements from political leaders reaffirming the national resolve to upgrade defence technologies and vigilance in the face of existential threats. But the force with which COVID-19 has ravaged India’s populace and created a spate of socio-economic vulnerabilities in Pakistan, the order of existential priorities has been recast for both nuclear-armed neighbours. The statements issued this year were less declamatory, perhaps also to reflect the recent non-aggression pact on the Line of Control signed earlier this year, and subsequent discussions on resuming bilateral dialogue.

In the two decades since India and Pakistan conducted their nuclear tests, there have been repeat cycles of normalisation and aggression that delivered new precedents for diplomacy, as well as reappraisals for nuclear and conventional war-gaming. The more recent crises of Pulwama and Balakot in 2019 were significant for their scale of hostilities and potential risks, as both nuclear neighbours engaged in an air skirmish against one another for the first time since 1971. “A stroke of luck” deescalated the crisis, as some have argued, and highlighted the need to fasten risk reduction measures around escalation that prevent and help manage crises.

The writer is a Senior Research Fellow at the Centre for Aerospace & Security Studies (CASS).