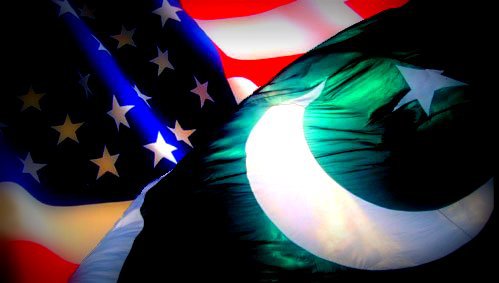 The Uncertain Future of US Aid to Pakistan

As tensions between Pakistan and the US continue to fester, and as the US itself teeters on the verge of bankruptcy due to its staggering debt crisis, the future of the US aid program to its estranged “strategically” seems increasingly uncertain.

Instead of speculating on the re-shaped contours of future US aid to Pakistan, this article aims to review the underlying imperatives on the basis of which the US has been providing aid to Islamabad, and to assess the current calculus of bilateral motives stressing this aid program.

Use of aid for strategic purposes finds precedence in the colonial period, including subsidies administered by Britain, Germany, France and the US before the turn of the last century. However, it was not until well after World War II that the structures of international development agencies, as well as those of bilateral donor programs were formed.

Pakistan became a recipient of US aid in the context of the Cold War, particular after signing the Baghdad Pact, when the country began receiving generous military and economic US aid between 1955 and 1965.

However, during times of crucial need, including both the 1965 and 1971 Pak-India wars, US military aid to Pakistan was suspended. In 1972, Pakistan started receiving aid from Washington again, but in lieu of facilitating the US President’s détente with China. Once this objective was achieved, the US cut off its military assistance to Pakistan for the third time under the 1977 Symington Amendment to the US Foreign Assistance Act of 1961.

Soon after, the US again needed Pakistan to fight the proxy war in Afghanistan, but myopically diverted focus and resources from both Pakistan and Afghanistan after the Soviets were defeated. It is probably because of the adverse and long- term fallout of this neglect, which led to the re-emergence of the Taliban, and to great extent the critical massing of global jihadists in Afghanistan before 9/11,that US foreign policy has been less reclusive and self critical in pulling out of a pivotal region for  fighting a controversial and costly war in Iraq.

In the backdrop of Islamabad’s transactional relationship with the US, the military and development aid provided to Pakistan following the government’s decision to join the ‘war against terrorism’ right after 9/11 has aroused much suspicion despite repeated US reassurances that this time around it wants to build a long-lasting, multi-faceted relationship with our country.  This more enduring relationship has however been repeatedly put to the test by suspicions of nuclear proliferation, grudges against the Pakistani establishment not doing enough to combat militancy and the eventual discovery of Osama bin Laden in Pakistan.  Conversely, Pakistan too has had its list of grievances, including the impunity of US intelligence officials in the country, as evidenced by the Raymond Davis incident, the collateral damage done by controversial drone strikes, the alleged cutting out of Islamabad from the politics of US endgame negotiations in Afghanistan, and the delays of pledged aid reaching the Pakistani government coffers.

The US administration itself has admitted that Pakistan has suffered billions of dollars in losses as a direct outcome of the fight against terrorism. The current US administration has on the one hand, been less respectful towards Pakistani sovereignty, but on the other hand, it did pass legislation (the Kerry Lugar Bill) to enable more generous development aid to be provided to Pakistan. Military aid has, however, come under greater scrutiny, and recently a third of payments allocated for Pakistan under the coalition support funds were halted. On the heels of this disruption, the Foreign Affairs Committee of the lower house of the US Congress has voted on a new bill that attached very stringent provision to civilian aid to Pakistan. The proposed bill requires the Secretary of State to testify that Pakistan is co-operating with the United States on a range of issues, from access to Osama bin Laden’s compound in Abbottabad, evidence collected from the site and his family, to action taken against the Haqqani network and the alleged network of cells that manufacture improvised explosive devices in the country.

Democrats have been front-lining opposition to the bill  which also requires Pakistan to issue visas to US counter-terrorism officers. Their principal argument is pragmatic: it views such legislation as typically counter-productive, liable to strengthen the perception in Pakistan that the US views Pakistan’s sovereignty as largely expendable.

The bill is now due to go to the floor of the House of Representatives for a vote, following which the US Senate will vote on it before the bill can become a law. The US Secretary of State Hillary Clinton has said that she will recommend to President Obama that he veto any bill that proposes new conditions to US assistance to its allies, including Pakistan.

Conversely, the Republicans argue that such a bill would save billions of dollars, and enhance US security by placing tougher conditions on US assistance to trouble-making countries like Pakistan. They add that this would blocks US tax dollars from being wasted on foreign organizations, programs, and governments that work to undermine US interests abroad. Given these broader compulsions, it is yet not clear what exact shape US aid to Pakistan will take in the coming future.

There are also emerging signals that the US is no longer willing to use its influence over the IMF to help Pakistan secure disrupted loans, implying that the country needs to adopt real austerity measures to qualify for further lending. A disruption in US aid at this juncture could also send a signal to other major western donors to become more stringent with Pakistan.

The bottom line: Policy- makers in Islamabad should be fast-tracking existing strategies to make alternative plans to hedge against a situation where Pakistan is isolated internationally. The consensus in Islamabad holds that the risky aid situation is nested in a precipitous security context where too many variables are not in Pakistan’s control.