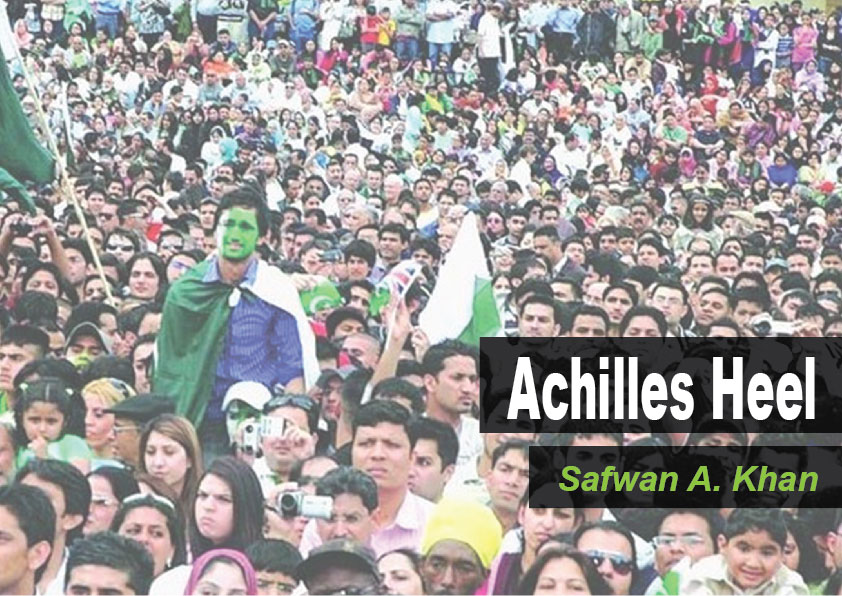 Of all the strategic assets that Pakistan can currently use to propel itself forward, the most discussed is its demography, comprised of a young and vibrant working age population. Left unaddressed, this asset, like any other that carries strategic significance, will stymie Pakistan’s prospects to position itself positively in a rapidly changing global order. Significantly, despite agreement across the board on what constitutes this ‘demographic dividend’, a worrying poverty of thought exists in devising policies that can pivot Pakistan’s future on its demographic structure.

On the one hand, Pakistan has seen a steady rise in the proportion of its working age population – now around 61 percent. But on the other hand, long-term unemployment has also steadily increased. For a country with an expanding youth cohort and stunted growth, the increasing likelihood of unemployability carries troubling prospects for domestic instability. The extremist footprint, and its attractiveness to an ideologically charged youth, is also resounding hard as the background of those convicted in the murder of rights activist, Sabeen Mahmud, indicates. Clearly, a prolonged institutionalized apathy to provide basic necessities to the disenfranchised youth can turn Pakistan’s demographic dividend into an uncontrollable liability.

While the overdue population census is yet to be initiated, current estimates suggest that Pakistan’s youth cohort – population between the ages of 15 and 24 – constitutes up to 36 percent of the labour force. By 2050, this number is projected to rise to 50 percent. With an annual population growth rate of 2 percent, estimates from the World Bank suggest that there will be 1.7 million entrants to the labour force every year. Increasingly, it is this dramatic rise of the labour force that is fuelling the need for economic growth to sustain employment opportunities. At the same time, it has become difficult to continue with the patronage model of job provision that strains public finances.

From a policy perspective, reaping the demographic dividend will require productivity gains that can scale employment opportunities by fostering growth. In Pakistan, where productivity levels have already been low, this will be even more important given the dramatic rate of growth in the labour force. As a percentage of GDP growth, total factor productivity has come down by up to 75 percent since 1980s. Investment in productivity gains for the labour force would in turn imply a higher share for social sector spending (education, health, and social protection). In essence, prioritizing social sector spending would help in flattening social pyramids and allow greater room for social mobility.

Concurrently, biases in current employment patterns will have to be redressed to ensure social cohesion: human capital development and youth placement in productive employment have remained skewed towards urban centers, while the gap in employment between male and female working age populations is also substantial. Educational attainment and literacy rates have risen far more sharply in urban centers than in rural areas. Similarly, gender inequality in labour force participation rate varies markedly between males (81 percent) and females (24 percent). In both the cases, there are opportunities for growth that can allow greater absorption of the working age population into an active labour force.

The first is the rapid pace of urbanization, attracting large cohorts of youth toward urban centers in search of education and employment opportunities. This will require careful balancing between supply-side and demand-side labour policies. While the government can commit greater resources towards development in rural areas by investing in education and health; cities, as centers of economic activity, will require demand-side policies aimed at enhancing opportunities for employment and entrepreneurship. Public-private partnerships have showed positive results in both cases; where the development sector has been influential in scaling social provision in rural areas, business-led initiatives have reaped results in engaging youth in urban centers in a whole range of entrepreneurial and employment opportunities.

The other significant opportunity lies in the highly gender imbalanced labour force participation rate. Studies indicate that increasing the labour force participation rate for women can lead to a surge in growth, especially in emerging economies like Pakistan. Not only are female workers often paid considerably less than their male counterparts, they are also substantially engaged in informal sectors. Promoting female employment in the formal sector will require efforts by both businesses and government to curb discriminatory practices and implement strict policies that allow a congenial working environment for women. At a preliminary level, however, it will be the government’s job to ensure that women are treated equally not only in the provision of but also in access to opportunities of education and skills training. Without adequately accounting for the female population, any policy aimed at reaping the ‘demographic dividend’ will remain both skewed and un-inclusionary.

The writer works for Jinnah Institute. He tweets @safwanazizk