Pakistan and the New Great Game 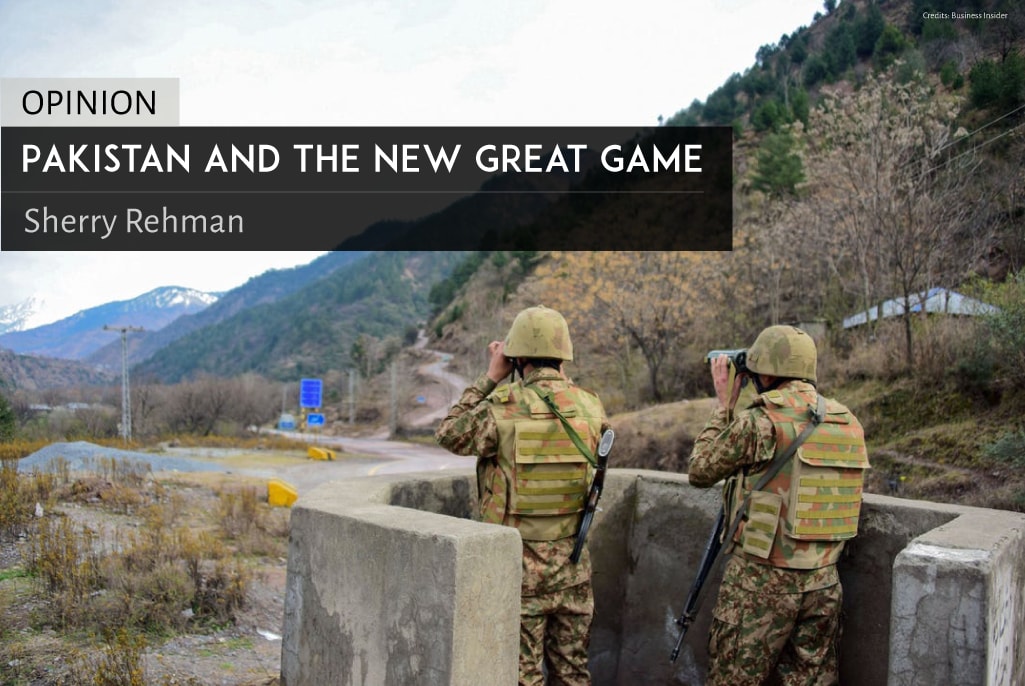 As the China-India conflict in the Himalayas blows hot and blows cold, Islamabad’s studied reticence has so far only signaled quiet alarm. While both China and India try to de-escalate on the LAC via special representatives, the India-Pakistan relationship has seen no such noise reduction.

Tension in South Asia, in fact, is steadily rising because the perils of Indian expansionism have caught up with Narendra Modi. Not only did the Ladakh episode cost Modi brand-erosion as India’s Hindutva strongman, but his miscalculation of China’s stakes in Aksai Chin in declaring Ladakh Union territory has brought China into the Kashmir dispute. More so for Modi, rather than India, the stakes are make-or-break. The upcoming Bihar state polls in November suggest that he may continue strategic strikes on Chinese apps and imports, while seeking LAC pull-backs, but it may well be Pakistan where the projection of his diminished power could be focused.

Given Modi’s domestic compulsions to save face at home, five other broad inflection points with Pakistan need to be gamed.

The first pre-Ladakh hit had already been made on August 5, 2019, when Modi attempted to change the status of Kashmir. Further political engineering has led to changes in the demographic composition of IOK, with India re-designating from “administrator” to “coloniser” of territory which is still listed as a dispute under a UN mandate since 1948. While Pakistan has rejected the unprecedented grant of domicile certificates in IOK to 25,000 Indian nationals, this is an existential strike at the heart of Kashmir’s politics and status.

Two, the Modi government has already made muscular political claims on Gilgit-Baltistan and Azad Jammu and Kashmir in different iterations. Most of these can be ascribed to the BJP’s political jockeying at home, where a significant degree of political capital has been lost due to the Modi regime’s vacillating, often muted response to the Ladakh crisis. The spike in the BJP’s officially stoked ultra-nationalism though suggests that Islamabad should not be sanguine about India’s new revisionism.

Recent history supports such caution. While the LOC in Kashmir has been ‘hot’ since 2017, Indian action on that line has been ramped up. According to Pakistan’s foreign ministry, 1595 ceasefire violations have already taken place since January 2020, with 14 deaths and 121 seriously injured. Again, the memory of Pulwama and Balakot, shadowed by the exposure of New Delhi’s conventional capability when an Indian Air Force pilot was shot down in Pakistan’s territory, could well be the added motivation for a false-flag attempt to besmirch Pakistan as an alleged sponsor of terrorism.

Almost in lockstep with strategic covert-action tropes, Indian espionage and subversive predations in the troubled political waters of Balochistan have predictably amplified. The recent Karachi Stock Exchange attack on June 29, where China has a large stake, was ascribed to the Baloch Liberation Army, which has well-documented linkages to Indian intelligence agencies. Although this meddling is largely ignored in Western capitals, several cases of Indian espionage including that of Kulbhushan Jadhav have surfaced over the last few years, with BLA insurgents either receiving funding, medical treatment and other facilitation in India. This is unlikely to go down.

Three, as the Afghan transition stutters to a messy endgame for America, which is quite likely given the nature of the US-Taliban deal, a different level of harm to Islamabad’s stakes in regional peace may emerge. There’s a growing perception in New Delhi that Indian strategic investments in Afghanistan have sustained reversals since the Taliban were given legitimacy as potential partners there. Although Pakistan stands to gain nothing if intra-Afghan talks don’t take root in a more inclusive governance model, when violence surges – which is inherent to the conditions – New Delhi will likely use all its soft power via American interlocutors to advance the view of a hostile and sponsored Taliban-Pakistan ‘partnership’.

A complex grid of regional competition within Afghanistan for influence by other global players, including Russia, Iran, China and of course the US, will likely be reduced to a discourse of Afghanistan re-emerging as Pakistan’s proxy, irrespective of facts or the autonomy and agency of a new Afghanistan.

Four, a surge of big-power maritime competition in Asia, with the potential to flare up into littoral warfare from the Malacca to the Hormuz Straits will impact many shorelines. After the LAC standoff with China, India has increased its surveillance posture in the Indian Ocean Region (IOR) as a key member of the Quad, in which India, Australia, Japan and the US ally to maximize trade gains and to dominate the Indo-Pacific.

With India’s growing naval aggression and blue-water build-up, Pakistan must guard its flank. Why? Because history points to both stealth and overt naval predations, irrespective of the fact that the Pakistan Navy has been able to prevent a blockade of shipping at its Arabian Sea ports, like 1999. On a broader map, CPEC, and its crucial seaport now flashpoints on global radars as a pivotal challenge for China’s geo-economic rivals. If operationalised optimally, Gwadar and CPEC can enable the BRI’s Eurasian linkage that Beijing needs to become a two-Ocean power. Despite the Covid-19 setback, the connectivity options now open to China are increasingly viewed in zero-sum containment models by American-Indian policy influencers. Given their growing anxiety, Pakistan should expect more hostility at multilateral forums on CPEC.

Five, as New Delhi pursues a proactive policy of demonizing Pakistan at international forums, expect more sulphur. India’s activity against Pakistan via the US at forums such as FATF is already quite noisy. With India acquiring a non-permanent seat at the UNSC, its lobbying against Pakistan will be amplified this round, both in defence of unilateralism in IOK, but also against Pakistan. Advocacy for harsh terminology on Pakistan’s alleged state-terrorism as a tool is now being normalized, and the institutional effort for inserting it into multilateral instruments and reports against Pakistan is already up. These are important because they impact country-status from areas as diverse as human rights, trade, terror-financing, nuclear security and other qualifier benchmarks.

None of this is of course inevitable. Yet, while an Indian compulsion for restraint with Beijing in the near term is very obvious, it does not preclude almost zero Indian appetite for normalization of ties with Pakistan. Quite the contrary; right after the Ladakh stand-off, Pakistan was asked to halve its embassy staff in Delhi over an alleged espionage fracas. Chronologies of such conflict hurt not Pakistan, but the idea of South Asia. Trade, airspace, travel, visa cut-offs hurt the people of India-Pakistan on both sides, but the broader strategic block such tension puts on joint climate, water, and health action consigns South Asia to a veritable post-pandemic ventilator.

Given India’s heightened unpredictability, sharpened in the context of multipolar bids for hegemony in the Indian Ocean and West Pacific regions, Pakistan should game all potential border responses. While a new cold war is not on the cards, in the absolute sense of two camps with an iron-curtain on geopolitical allegiances, troubling global binaries are emerging in a search for economic and military primacy in Asia. If these intensify, particularly if de-escalation for India’s Ladakh ground-zero does not give Modi political -relief, Pakistan may get caught in the crosshairs. A great power game is on – this time, with high stakes.

The author is the PPP Parliamentary Leader in the Senate, President of the Jinnah Institute, and served as Pakistan’s Ambassador to the US and as a Federal Information Minister.