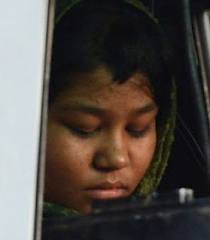 An Islamabad court has acquitted Rimsha Masih, a Christian child accused of blasphemy. Her trial showed that a local Mullah tried to frame her, and she is now free. That such evidence was obtained and presented in court is a victory in itself, as it is rare to find the police and legal machinery work a case like this.

During the past few months, most Pakistanis and the world were aghast at the brazen attempt to punish a poor, mentally unstable and marginalized child. Despite the desensitization that we live through every day, this case evoked horror and sympathy at the same time. Other than intense media coverage – local and global – the most critical role was played by a few sane Ulema (religious scholars) who came out in support of Rimsha and rejected the application of the contested blasphemy law in this case.

It is time to engage with clerics like Ashrafi and get them to join the struggle for a moderate and progressive Pakistan Maulana Tahir Ashrafi, Chairman of Pakistan Ulema Council (an apex body of country wide religious scholars) led a vigorous campaign on this issue and in my several meetings and conversations with him I was impressed by the remarkable clarity with which he stood by this non-Muslim child. At a Jinnah Institute roundtable held the day Rimsha was to appear in the court, Ashrafi said that those who committed violence and murder in the name of religion threatened the state of Pakistan. When he uttered these words I was bit taken aback as interacting with media in Pakistan teaches us that truth comes with a baggage: A vile baggage of slander, name-calling and bestowing ‘agent-hood’. You are immediately branded as a CIA agent if you name a militant group and want the state to do something about it. Ashrafi is a brave exception but he also paid for it as a sinister campaign against him was launched to delegitimize him.

There was not a single platform that the media savvy Maulana missed. From TV channels to the drab Islamabad conferences, he was campaigning and almost always brought like-minded clerics with him. It was heartening to see this unfold especially when one was at the brink of giving up hope on tolerance as a collective value in Pakistan.

Pakistan’s human rights groups and media also played a major role in highlighting the case. Islamabad based activist Tahira Abdullah was present in every hearing. Human rights campaigner Marvi Sirmed (who was recently attacked by unknown armed men) made her presence felt in the Islamabad courtroom and the streets. Consistent advocacy played its role and those who castigate vigils and small turnouts at the civil society gatherings should note that a concerted campaign is seldom fruitless.

However, this little victory comes amid a sea of intolerance and hysteria. A school in Lahore was burnt down recently by an angry mob. A school teacher ostensibly made a mistake while photocopying an essay on Prophet Mohammad (pbuh). The principal of the school in his late seventies was also imprisoned on this account.

Rimsha’s case also teaches us that law enforcement agencies must curb their proclivity to register cases without thorough fact checking. In cases where such laws are applied it is vital that police should use some commonsense instead of appeasing the extremist sentiment of the complainants. Nearly 5,000 cases were registered during the period from 1984 to 2004 but 964 accused were charged with blasphemy (Christian Science Monitor, In historic move, blasphemy case against Pakistani girl to be dropped, Nov 20).

Jinnah Institute had published a report when it was relatively safer to do so on the issue of minorities in 2010. The report proposed some useful steps: “… removal of vague terminology from the blasphemy laws to prevent their misuse; amendments to Section 295 of the Pakistan Penal Code (PPC) in order to remove its discriminatory and abusive provisions; amendments to all discriminatory laws including Section 298 in order to ensure that these laws are not used as instruments of discrimination and abuse; amendments to Sections 295-298 of the PPC to include the concept of ‘mens rea’ or adding intention of the accused when the crime is committed; adding a clause in the Pakistan Penal Code that punishes frivolous litigation and false accusers of blasphemy…” (A Question of Faith: A Report on the Status of Religious Minorities in Pakistan, 2010)

It is never too late to remind the survival-obsessed civilian governments to institute some of these measures. More importantly, it is time to engage with thinking clerics like Ashrafi and get them to join the struggle for a moderate and progressive Pakistan.

The author is Director Policy and Programs at Jinnah Institute.