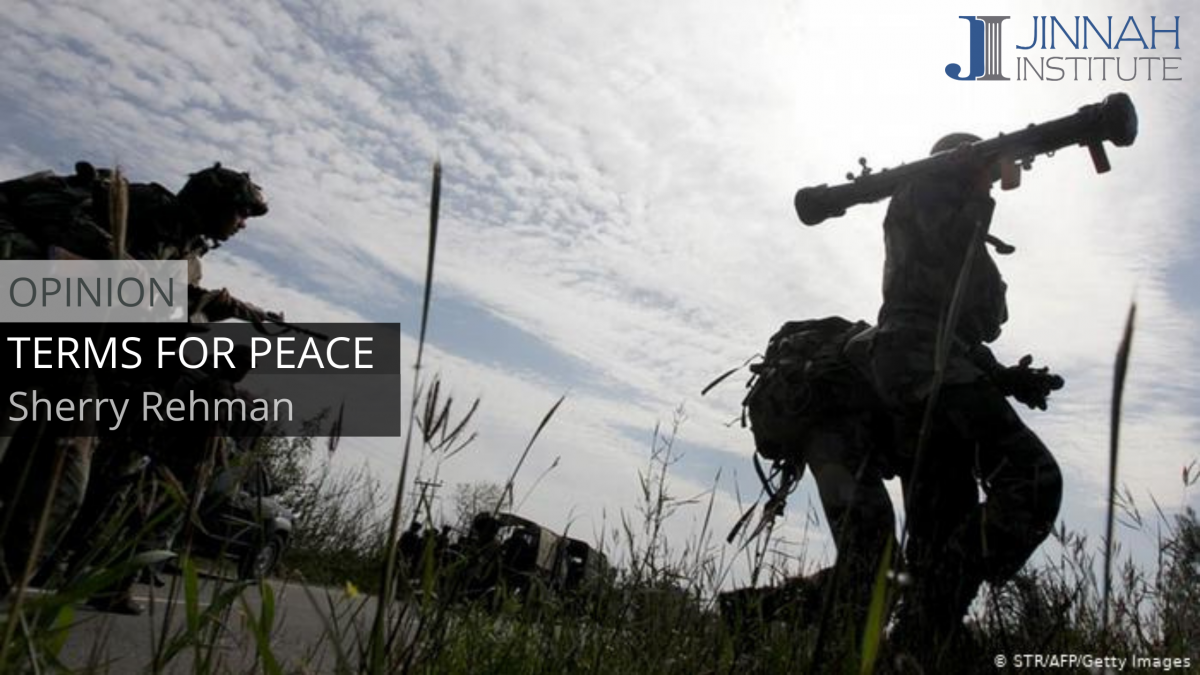 As Pakistan lurches through its worst wave of the Covid-19 pandemic, talk of peace with India fuels a fresh round of speculation about prospects and obstacles in the path ahead. Peace, of course, is understood to be a broad public good in Pakistan among political and policy groups that take a long view of the region, especially given the high cost of conflict for two nuclear neighbours that have been at war four times since 1948, and at strategic loggerheads most of our postcolonial history.

The first problem is that this view is not necessarily reflected beyond a point in current Indian thinking, particularly among the ranks of the hyper-nationalist Modi’s BJP, which is overtly different from the Vajpayee BJP, in as much as it has gone the extra mile in aggressively alienating Kashmiris and Indian Muslims as well as its own population of the poor, dispossessed and socially excluded Indians.

The second problem is that, despite an ‘Islamabad Dialogue’ in Pakistan, that suggested a moving away from the burdens of the past, the language of strategic ambiguity, which is often used to invite an opening to dialogue, was unpacked by Indian hawks as an acceptance of the status quo.

Which is why before unilateral or backchannel-led steps are taken by Islamabad to move further into terrain it has not been able to manage, a clear-eyed assessment of a policy review is needed. There is no doubt that the revival of the 2003 ceasefire on the Line of Control is an important step for saving Kashmiris on both sides of the divide. It was sorely needed as a de-escalator of kinetic violence in a fragile zone inhabited by civilian populations.

Violations had exponentially escalated since 2017, with the Indian military often extending its aggressive shelling to the Working Boundary into Sialkot and Kasur, where the plains of Punjab offer a clear line of vision to all sides, particularly the Indian government that routinely weaponised allegations of cross-border terrorism, irrespective of the facts on the ground. Modi’s misadventures such as the false-flag attack in Pulwama, followed by the Balakot debacle where an Indian Airforce pilot was grounded inside Pakistani territory and then repatriated with a cup of Pakistani tea, did not evoke rebuke for Modi from the international community, but exposed a strong vein of anti-Pakistani pathology inside the BJP’s ranks. The latter lost no opportunity to excoriate Pakistan at the highest levels, routinising threats of invasion and calls for escalated violence to a point where no talks were even possible, let alone palatable.

Yet it was Modi’s attempted annexation of Indian Occupied Jammu and Kashmir in 2019 that marked an existential turning point in the relationship between Pakistan and India. While his manifesto had always contained the dark promise of revoking the special status of IOK, the actual act of removing Articles 370 and 35-A of the Indian constitution signalled a move towards a unilateral ‘end of history” from the Indian side. Since then, despite Modi’s inability to contain the story of political trauma and barbaric human rights violations inside what came to be known as the largest open jail in the world, New Delhi has remained intransigent on its ruinous path. At that point, Modi’s calculus was likely based on managing the crisis on that border while reshaping the map of Kashmir by simply ending its disputed status. It was Pakistan that was caught unawares.

Now, over 18 months later, for this February 2021 ceasefire, change seems to be driven by ground assessments. New Delhi may have been driven by its new Ladakh military front with China, nudged on by external players, as well as the fact that the politics of managing dissent in IOK has proven to be more difficult than Modi’s advisers imagined.

The policy-path, at the same time, from Islamabad, left a lot to be desired. Since August 5, 2019, in fact, PM Imran Khan did not call a joint session of parliament until the opposition raised it as a non-negotiable intervention. He did not in fact even brief – on Kashmir – a committee room full of Pakistan’s leadership that waited for him for over an hour. Pakistan needed to send the message that it stood united on the issue of Kashmir, and statements from parliament convey a powerful message, but there was no call to unity from the leader of the National Assembly. The opposition did it anyway.

Lessons from the past may be salutary for a clear-eyed assessment of policy today. The PPP government in 2012 was able to achieve tough foreign policy milestones while facing a stressful situation with an angry superpower on the closing of mission-critical Ground Lines of Communication for Nato with Afghanistan after our soldiers were martyred on the Afghan border at Salala by ‘friendly fire’. Parliament took a united position on closing air bases previously outsourced to the US by General Musharraf, and on obtaining an apology from a recalcitrant Obama administration.

Today, when Imran Khan sends messages of conciliation to Modi, while an ostensible backchannel clears the path, saner minds need to remind this government of where such serial non-transparency landed such policy and its architects in the past. The much touted four-point Kashmir formula of Musharraf is a classic case in point, where once again, tactical relief was almost traded for Pakistan’s core position on Kashmir, without any consultation with key stakeholders, either in Islamabad or Azad Kashmir. Ancillary CBMs worked temporarily, as the intra-Kashmir bus service ran for a while. Trade was welcomed too, as it should be, but then it all fell back to old patterns because the basis of the formula was not grounded in sustainable peace that was owned by the people on the ground. Today as well questions are being asked about Pakistan’s parliament, let alone AJK, being in the policy loop.

A great deal of diplomatic groundwork can be gained by backchannels, but they only work as test-conversations, not policy substitutes. All governments have used them, but none have succeeded when they were unable to leverage at the right time and the right level, the democratic consent of the people of Pakistan.

Even though it came into force two years later, the most enduring security protocol between India and Pakistan being used today was set up and secured by Shaheed Benazir Bhutto’s government in 1988 as part of a non-attack agreement on India and Pakistan’s nuclear installations. It took months of work between diplomats to just design and redesign, but the actual agreement was welcomed by the people of Pakistan because it was shared with parliament and secured by a democratically elected PM, who behaved like a democratically elected PM. In contrast, a weak Indian PM, like the erudite Manmohan Singh, for instance, was unable to follow through discussions from the Non-Aligned Summit at Sharm-al-Shaikh with Pakistan’s then PM Yusuf Raza Gilani in 2009, because when he returned to New Delhi, the entire Lok Sabha erupted against him for making promises he wasn’t authorized to do.

In any scenario between India and Pakistan, the minefields are so manifest that agreements can only be seen as legitimate or irreversible if grounded in democratic institutions. The current government would do best to remember that. The people may not seem sovereign in Pakistan, or even India, but their buy-in changes history, nothing else. Peace never needs a mandate, but its terms certainly do.

A version of this article was published in The News.