Women in the House 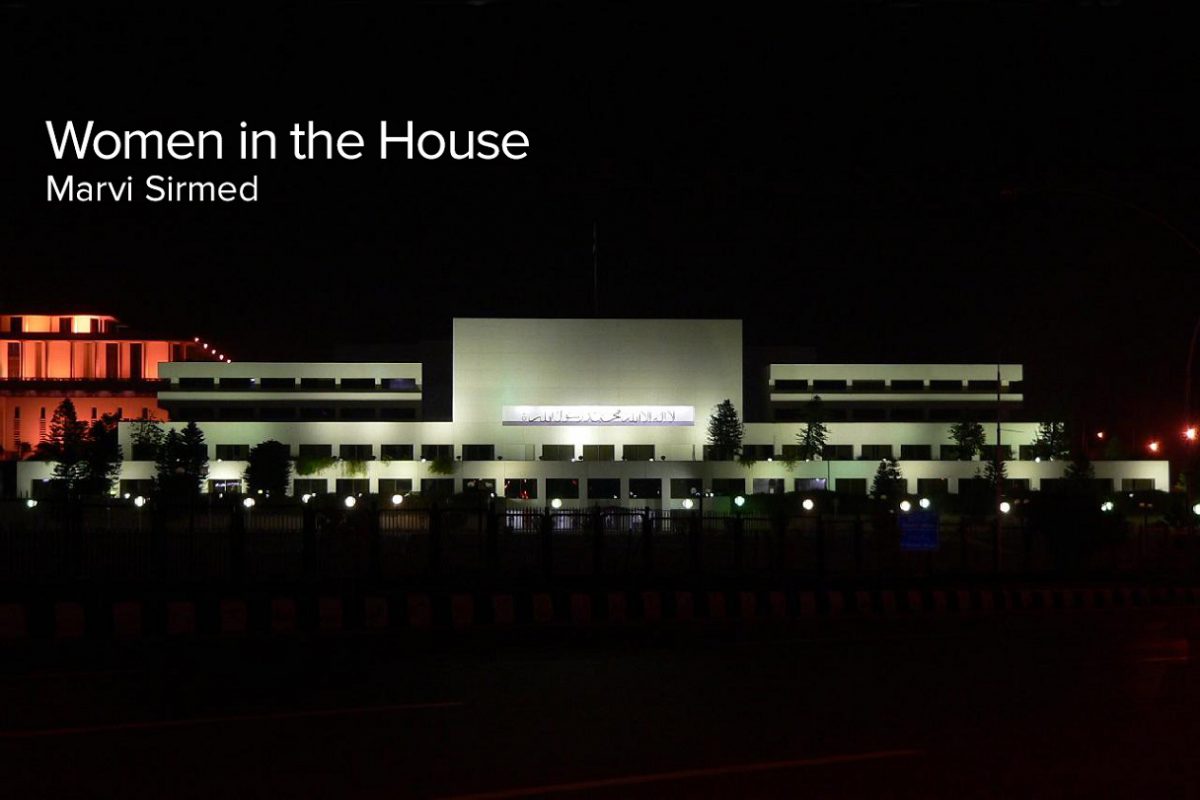 Greater representation of women in parliament has been a longstanding demand of the women’s movement in Pakistan. In 2002, this demand was partially met when 17 per cent of seats in the National Assembly, Senate and Provincial Assemblies, and 33 per cent of seats in local governments were reserved for women under a constitutional amendment. Ever since, women have demonstrated both their resolve and ability on legislation and oversight through consistent parliamentary performance. However, despite their positive contributions, the media has routinely brought women members of the House under the microscope for the wrong reasons, finding more interest in their sartorial choices and the way they chose to carry themselves.

The democratic transition of 2008 changed the fabric of women’s representation considerably, with many political workers winning seats in both houses of Parliament. Many of these women parliamentarians had either been a part of the women’s movement or had been associated with it. During the 13th National Assembly, they resolved to work together across the aisle to ensure progress on issues relevant to women and marginalized communities in Pakistan. However, politics surrounding gender relations that challenged the power apparatus of religious and political elite made it difficult for them to secure a united front.

The 14th National Assembly saw a withering off of women parliamentarians who had roots in the women’s movement. Instead, Parliament reflected class-based selection of party candidates, even on the seats reserved for women. The modality of reserved seats makes women dependent on party leadership. Their representation is therefore often considered secondary in comparison to those who win seats in their constituencies through general elections. The dichotomy in the nature of their representation has therefore become an emerging challenge – a glass ceiling of sorts.

Women on reserved seats are routinely labelled as ‘MPs without a constituency,’ ‘members without effort,’ and ‘MPs on charity seats’. Their contribution to Parliament, however large it may be, is routinely derided. The share of constituency development funds allocated to them is minuscule and their agency to speak out during debates is regularly undermined. The subtle bias of male members and often male dominated party leadership is reflected in their derogatory remarks about their female colleagues in the House. In addition, women are obliged to surrender their agency to political expediency, which is exacerbated by the fact that they are entirely dependent upon party leadership for their existence in Parliament.

Despite these enormous challenges, it is refreshing to see how women have participated in the business of the House(s) at the provincial and national level. Their performance as legislators, however, cannot be seen in isolation with the overall political culture under which they operate. The basic framework to objectively assess parliamentary performance includes three main elements. The first is the parliamentary culture which constrains or encourages democratic practices, as well as the strengths and weaknesses of parties, and  leadership attitudes towards the treasury. The second is the institutional capacity of the legislature, which includes both the advantages and drawbacks of the political and administrative wings of Parliament. And lastly, the governance context, including Parliament’s relationship with the executive branch of the state, citizens and civil society.  Discrepancies in any of these factors would enervate the entire structure, system and status of the Parliament – directly affecting the performance of its members. It goes without saying that in a patriarchal society, this overall institutional weakness would reflect particularly negatively on the performance of women in Parliament. Quantitative data though, suggests that women have tried their best to swim against the tide.

In the National Assembly, there are 60 reserved seats for women. Nine women members have come to the House through direct electoral competition. Of 342 members of the lower house of the Parliament, women make 20 per cent of the entire House. Yet, women’s contribution in the total business of the House has remained at 58 per cent, 44 per cent and 38 per cent in the first, second and third year of the current National Assembly. Even historically, data over the last 15 years demonstrates that women’s contribution to the total business of the house was 50 per cent during the 12th Assembly, and increased as much as 62 per cent during the 13th Assembly. This demonstrates that since the induction of women in greater numbers, their contributions have consistently remained greater than their representative numbers in Parliament.

Orders of business of the House fall under four main categories: legislation, executive’s oversight, representation of the citizens and budget scrutiny. Tools available to ensure these parliamentary functions include resolutions, motions, Calling Attention Notices (CANs), Points of Order (PoOs), and Private Members Bills (PMBs) amongst others. In all these categories, the percentage of concerns and motions raised by women have consistently exceeded the percentage of their seats since 2002. It is unfortunate that these contributions are routinely ignored, and at times deliberately overlooked by both the media and civil society.

What is of concern is the declining participation of women legislators in the business of the House over the past three years. This gradual decline speaks to the shrinking space for women parliamentarians. One reason for this decline is the fraying of women’s camaraderie along party lines due to increasingly entrenched, diverging and often vitiated party positions. However, an increasingly patriarchal executive branch and male dominated party structures have also been responsible for pushing women away from legislative contribution.

In order to ensure women are provided the necessary resources and platforms in Parliament, political parties should move away from tokenism and open themselves up to the idea of women in leadership positions at all intra-party forums. A constitutional amendment could assist in reviewing the model used to fill reserved seats. Not only should the list system be eliminated, but parties should voluntarily observe the gender-based legislative quota by giving tickets to more women to contest elections on general seats. Preliminary results of 2017 Census show women constituting 49 per cent of Pakistan’s population. Therefore, at a minimum, 33 per cent tickets allocated for general elections should be reserved for women. As of now, male political leadership have mutually agreed that women need not be allocated more than 5 per cent of tickets to contest general elections. This is testament to the lack of recognition given to the consistent and progressively positive contributions made by women legislators over the last decade and a half.

Today, the system of patronage associated with reserved lists threatens both the inclusion of women in the business of the House, as well as the quality of women’s representation. To ensure that women’s political space is representative, inclusive, and their voices are heard, political parties must ensure that their women workers are given opportunities to represent constituencies through general elections. Pakistan’s demographic diversity must be reflected in our democratic institutions.